BBR 102 to use special indigenous livery in Coffs Harbour

Design to be featured on Moss' YZ450F at round six of ProMX. 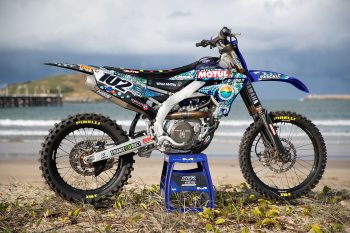 The BBR 102 Motorsports team has unveiled a striking indigenous-themed livery for the sixth round of the 2022 Penrite ProMX Championship at Coffs Harbour.

“Coffs Harbour local Reece Flanders has created an amazing artwork design, which our sponsor Moto Kit was able to transfer into our bike,” Moss explained. “I’m really excited to pay respect to the local Gumbaynggirr people whilst we visit the Coffs Coast to race.”

Following an absence from round four of the series at Gillman, Moss returned in fine form at Maitland and scored an improved 2-2 scorecard, his strongest showing since returning to ProMX.

This Sunday at Coffs Harbour will see a number of riders and teams in special liveries for the ‘retro round’ of ProMX. Earlier this week, Yamaha uncovered its designs with CDR Yamaha Monster Energy, Serco Yamaha, Yamalube Yamaha and WBR Yamaha race teams to embrace the old-school theme. 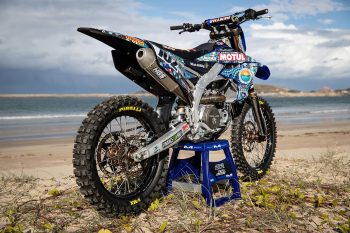 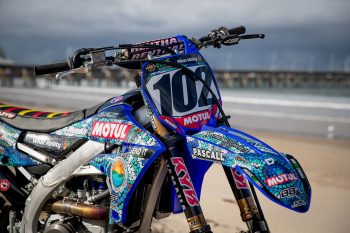