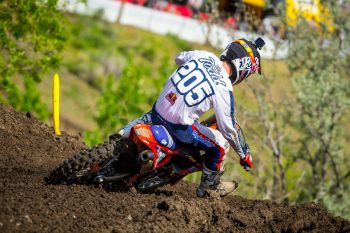 Troy Lee Designs Red Bull KTM has confirmed Wilson Todd will remain with the squad for this weekend’s fourth round of the 2019 Lucas Oil AMA Pro Motocross Championship at High Point.

The current Pirelli MX Nationals MX2 points leader and reigning champion was initially slated to contest the first three rounds, however a week-to-week guest ride with the factory-supported outfit has now extended the trip for an additional round.

The Queenslander has since lodged 19-15 overall scores in his two appearances with the team at Fox Raceway and Thunder Valley. The TLD Red Bull KTM squad has also drafted in Cameron McAdoo for the next four rounds, as regulars Shane McElrath, Jordon Smith and Mitchell Falk are benched with injuries.