The highs and lows from South Australia last weekend.

MotoOnline.com.au’s new-for-2015 feature pulls out the microscope and take a closer look at some of the giant-killers and disappointments from the fourth round of the 2015 MX Nationals at Murray Bridge. 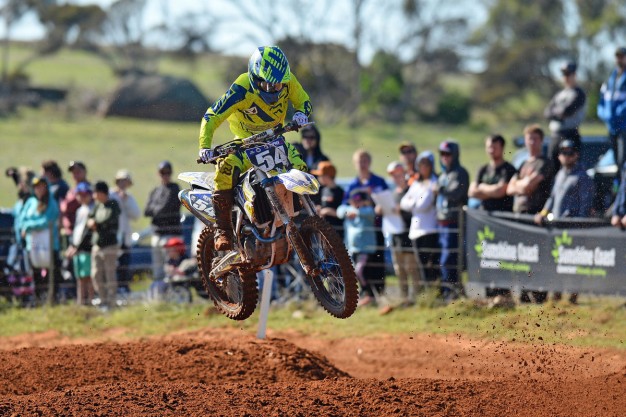 Caleb Ward: One of the raging pre-season favourites, Queensland teenager Caleb Ward couldn’t have had a more disastrous start to the season. He had a horror first round at Horsham then injured his knee badly at Appin, forcing him out of round three at Broadford. At Murray Bridge the likeable kid returned with a vengeance, ripping to 1-1 moto results in the MX2 class and upsetting all manners of apple carts in the process. He admits the title is out of reach, but if he continues this form into the rest of the series, he’ll be a huge pain in the arse for the series front-runners.

Luke Arbon: Last year the South Australian round proved the catalyst that fired Luke Arbon’s campaign to life as he cruised to his first-ever MX2 overall. This year it was crucial he replicated that to resuscitate his floundering 2015 season. And you know what? The kid stepped up and delivered. His 2-2 results were leaps and bounds above anything else he’s shown us this year and he was a little unlucky to not win the overall after Ward passed him with just over a lap to go in the final race.

The track: The Murray Bridge circuit always looks prime, but this year it was something special. The weather turned it on in a big way, the track was prepped to perfection, it developed some great line choices, and the big, technical back whoop section was a big talking point all day, both among the riders and the fans. 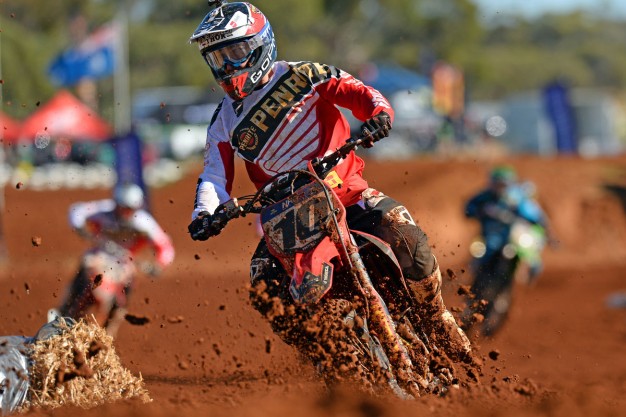 Serco Yamaha: Gavin Eales and his Serco Yamaha team were wishing they could wake up and discover Sunday was just a horrible, horrible dream. During qualifying defending MX2 champ and points leader Luke Clout had a huge get-off that almost wrecked his chances of even racing the day. He still rode out both motos but finished down in 10th and ninth for 10th overall. It didn’t get any better for his teammate Jed Beaton, who suffered brake issues in the first moto, then cartwheeled hard in the whoops in the second race and broke his collarbone. He’s now in a race against the clock to be ready in time for Coolum next weekend.

Cody Cooper: Cody, Cody, Cody… what gives, bro! After a sub-standard start to the series, the three-time defending New Zealand champion looked to be got it sorted out at Murray Bridge when he snuck into Super Pole. It was a different story in the races, though. He clocked up seventh in the opening race, but then DNF’d the second moto to tumble down the overall to 19th position for the day. Cooper is currently ninth in the MX1 points standings, almost a full 100 points behind leader Kirk Gibbs (who he upstaged in NZ, funnily enough) after just four rounds.

Dylan Wills: The current Under 19s supercross champ has been consistently throwing his front-end in the mix this year, but he had an off weekend at Murray Bridge. After getting stuck in a first turn crash in moto one, he finished outside the top 20. In the second race he hit the ground while running in fifth and rung his bell pretty hard, forcing him to back off the boil and circulate for 18th in the race and 20th overall. He was punished for his dismal results as he tumbled out of the top 10 in the standings in the process.