Resources to continue to be centred around MX1 points-leader. 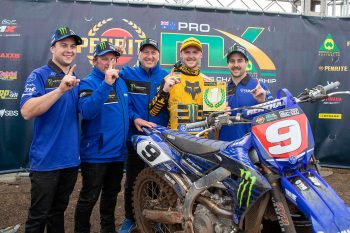 A replacement for the injured Luke Clout is not on the cards says CDR Yamaha Monster Energy team owner Craig Dack, with Penrite ProMX leader Aaron Tanti to remain the outfit’s sole focus in the series’ second half.

Defending champion Clout was forced to the sidelines following a broken tibia and fibula sustained at Mackay, with Dack indicating before round three that an immediate replacement was not a priority and fill-in options may be considered after Gillman.

However, as Tanti moved to take the red plate in South Australia and continues to build momentum, it has been confirmed that the focus of the team remains firmly centred around the number nine with no substitute for Clout expected in the upcoming rounds.

“Because our plan was to keep our focus around Aaron in a nice comfortable way – not in a pressure way – and to be able to utilise the extra time that we have got and resources with Luke being out, which we have done, the results are starting show that it’s been successful,” Dack explained to MotoOnline.

“We don’t want to upset what we are doing there. We are going to stay with the same program with Aaron, because we feel like what we have been doing and what he has been doing, we are on the right track. We know anything could happen, but why would we want to change it when it seems to be bearing the fruit for us and him.”

Tanti has a 12-point red plate advantage ahead of Todd Waters (Husqvarna Racing Team) entering the fifth round of the 2022 ProMX Championship at Maitland this weekend. 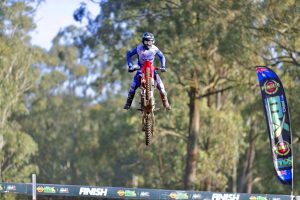