Some of the major talking points ahead of this weekend's 2022 opener.

This weekend the Yamaha Australian Off-Road Championship (AORC) clicks into gear, but 2022 is shaping up to be a very different scene from when we last saw titles crowned. Revised teams, new venues and a dramatic roster change of top-level riders is going to see the series enter a whole new era. MotoOnline breaks down the main factors in this Q&A. 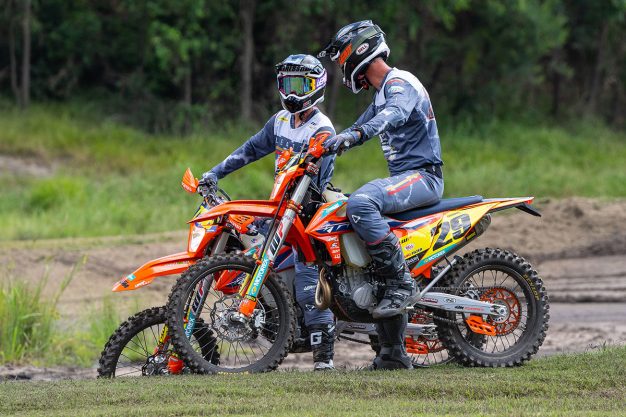 Q: Where is Cherrabah and what can the riders expect to face at the opening two rounds this weekend?

A: Cherrabah is situated between Warwick and Stanthorpe, just southwest of the Great Dividing Range. This is the first time the AORC has ventured to Cherrabah, so it’s a bit of an unknown as to what they’ll face when they get out there. The area has copped about 200mm of rain over the past six weeks, so dust certainly shouldn’t be an issue this weekend, but the weather is looking good this weekend. As for the formats, racers will race a sprint format over two tracks both days. The circuits are expected to be natural terrain grass tracks, with some creek crossings thrown in.

Q: There have been a lot of riders heading overseas over the past two years. Who won’t be lining up for this year’s AORC?

A: Seeing as we’ve had minimal rounds of racing in two years, it’s more than understandable that many of our best off-road racers have looked to expand their professional careers by setting their sights overseas. However, the collective talent that has either retired or emigrated to other international championships is pretty significant. Defending champion Daniel Milner is racing the EnduroGP World Championship this year, Daniel Sanders has established himself in rally with GasGas, Mason Semmens and Lyndon Snodgrass have headed to the US to contest the GNCC, Jack Simpson is racing the WORCS and NGPC Series in the States, and Luke Styke surprisingly announced his retirement from racing two weeks ago.

Q: With such a big change in the AORC rider landscape, who are now the favourites to step up outright?

A: Given his initial results in off-road racing, Husqvarna’s Todd Waters must be excited at the opportunity for outright glory in what’s likely to be his first full season. However, the ShopYamaha team riders, Josh Green and Michael Driscoll, have much more experience between the tape, and that experience will see them both provide some seriously stiff competition. With all three racers challenging for E2 honours, the 450cc class is shaping up to be the class to watch. 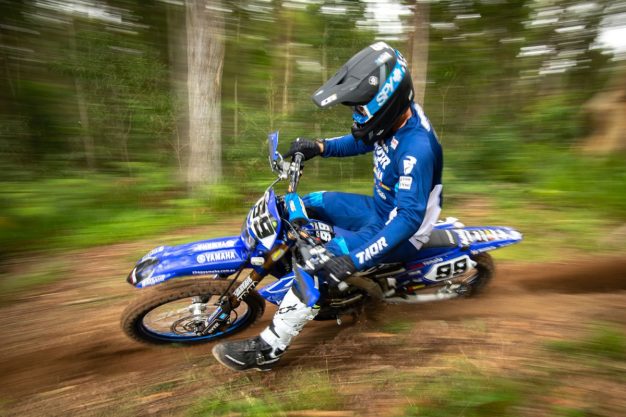 Q: With the KTM Group moving its team focus to the ProMX Championship, does that mean ShopYamaha is the only factory team in the AORC pits now?

A: Yes and no. The factory-backed ShopYamaha team will consist of Green and Driscoll in E2 and Kyron Bacon and Blake Hollis in E1. At the same time, Yamaha is also pouring more direct support into the Yamaha JGR Ballard’s Off-Road team that features Jess Gardiner (EW), Jeremy Carpentier (who moves to the E1 class) and Danielle McDonald (JG). We’ll also spell out that the KTM Group will still have a significant present presence in the pits with its programs. Stefan Granquist (E3) and Emelie Karlsson (EW) will represent KTM, while Waters will lead Husqvarna’s charge and Korey McMahon (E1) heads GasGas’s campaign. Also, a late addition has been Andy Wilksch, aligning with Simford Group and back on Huskys following a year in Europe. Plus, Empire Kawasaki is also upping its off-road presence with Will Price, Jack Caughey and Sam Barton racing E1, and Jarrod Dillon and Tim Lonsdale doing battle in E2, while Sherco has Callum Norton alongside Jonte Reynders now and Beta will have the ever-exciting Fraser Higlett in the mix.

Q: Last year MA was going to host both the AORC and the Penrite ProMX Championship at the same time at the Queensland Moto Park. Are there plans for something similar in 2022?

A: Absolutely, but this is scheduled for Mackay, rather than QMP. On 8-10 April, both the AORC and the ProMX Championship will converge on Mackay for a huge three-day weekend of racing action. Rounds three and four of the AORC will take place on Friday and Saturday, before the gates drop on the second round of ProMX on Sunday. MA has dubbed the action-packed three days as the ‘ultimate off-road and motocross weekend’. It’s going to be something of a history-making event, too, as it’ll be the first time ever that off-road and motocross will converge on the same venue at the same time, setting the stage for a real festival of all things dirt, two wheels and racing.

Q: Have there been any indications of what formats each of the AORC rounds will take this year?

A: Yes, Motorcycling Australia has released all of the format details for this year’s championship on the official series website. After this weekend’s two Sprint rounds, Mackay will feature an Enduro format both days. Rounds 5-6 at Kyogle and 7-8 at Nowra will all feature Sprint rounds, before the series mixes up the formats for the final four rounds. At Kingston SE racers will compete in Cross-Country on Saturday and a Sprint race on Sunday, before they travel to Wynyard, where they’ll participate in an Enduro on Saturday, then finish the year off with a final Sprint race on Sunday.