Eight round championship to be run on eight separate weekends. 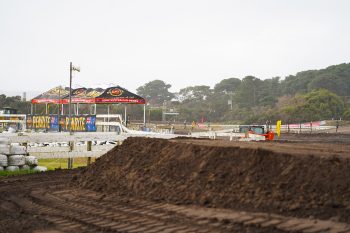 The 2022 Penrite ProMX Championship will once again open at Wonthaggi on 27 March, the series set to take place over eight separate events in an expanded calendar.

This year’s shortened series was due to hold eight rounds over seven weekends capped off by the traditional Coolum double-header, but that will change next season.

Instead, Motorcycling Australia (MA) has revealed that there will be eight individual weekends of competition, however, only Wonthaggi is confirmed publicly at this point. The series will conclude in August.

“It’s a great sign for the championship that we have renewed partnerships for our second season, such as this one with the Bass Coast Council,” MA CEO Peter Doyle said of the series’ continuation at Wonthaggi. “It shows great viability for long term relationships to grow into the future to further strengthen the sport.

“The heritage and prestige of the Wonthaggi motocross track speaks for itself within the industry and it is a fitting venue to launch the second season of the ProMX Championship after so many positives were achieved in the inaugural year.”

MA’s announcement today indicated that the complete calendar and further information on the series will be released ‘over the coming weeks and months’. The 2021 season was declared this month after only three rounds as a result of state border restrictions.