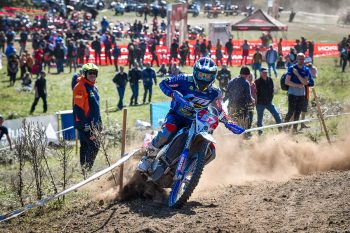 Josep Garcia (Red Bull KTM Factory Racing) topped both EnduroGP and Enduro2 on day one of round six, taking out the Enduro2 crown in the process.

Behind Garcia on the opening day were Freeman and Steve Holcombe in EnduroGP and Holcombe and Ruprecht in Enduro 2.

Rounding out the top five on day one in Enduro GP were Jaume Betriu and Ruprecht – fourth in the outright championship standings at the time – just one point adrift of Andrea Verona in third heading into the final day.

The first day’s proceedings in Enduro1 saw Verona cross the line fastest and take the 2021 Enduro1 World Championship. Second in the category on the day was Matteo Cavallo, with Theo Espinasse rounding out the podium.

Day one in Enduro3 saw Freeman take his 11th-consecutive win to successfully defend his Enduro3 World Championship, while Jane Daniels claimed the Enduro Women honours ahead of Laia Sainz in second – enough to see her crowned 2021 Enduro Women’s world champion.

With the EnduroGP title still up for grabs heading into the second day at France, Beta-mounted Freeman claimed the crown in convincing fashion, taking victory ahead of Verona and Garcia. Garcia finished the year second in the outright championship, 18 points adrift of Freeman while Verona was third, a further 42 points adrift.

TM Racing’s Ruprecht was fourth in the EnduroGP standings, ninth on the last day meaning he could not rise to the overall podium, as Davide Guarneri completed the top five for 2021.

Verona’s performance was enough to see him top Enduro1 on the final day with GasGas Factory Racing , ending the championship 26 points ahead of Davide Guarneri in second and Samuele Bernardini in third on 148 points.

Garcia concluded Enduro2 on top ahead of Holcombe and Nathan Watson on the day, and Ruprecht and Holcombe in the 2021 Enduro2 championship standings. 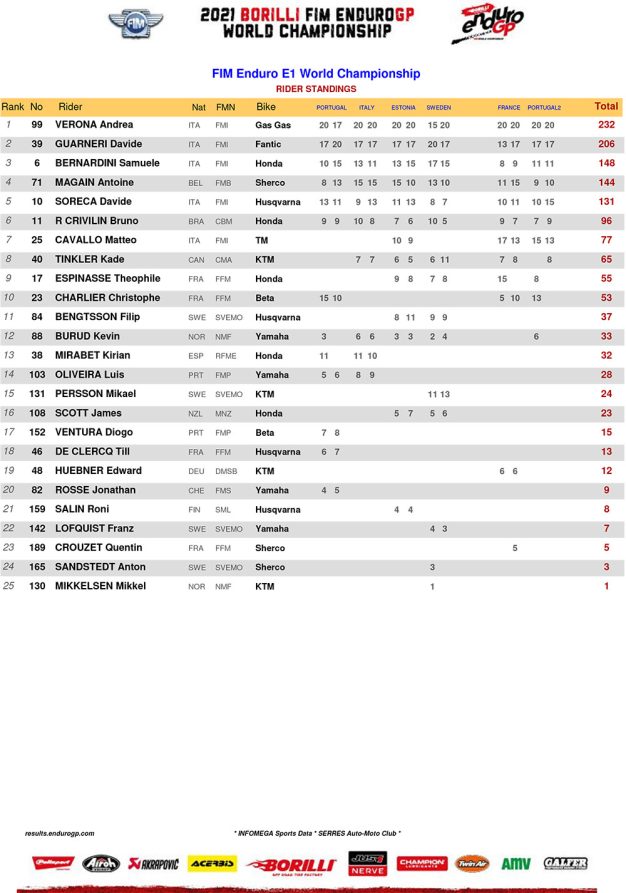 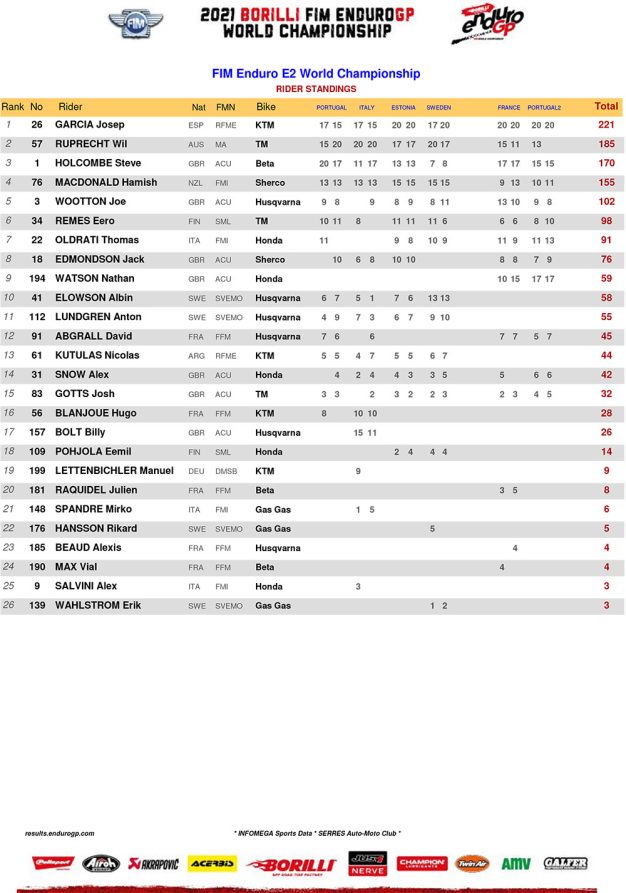 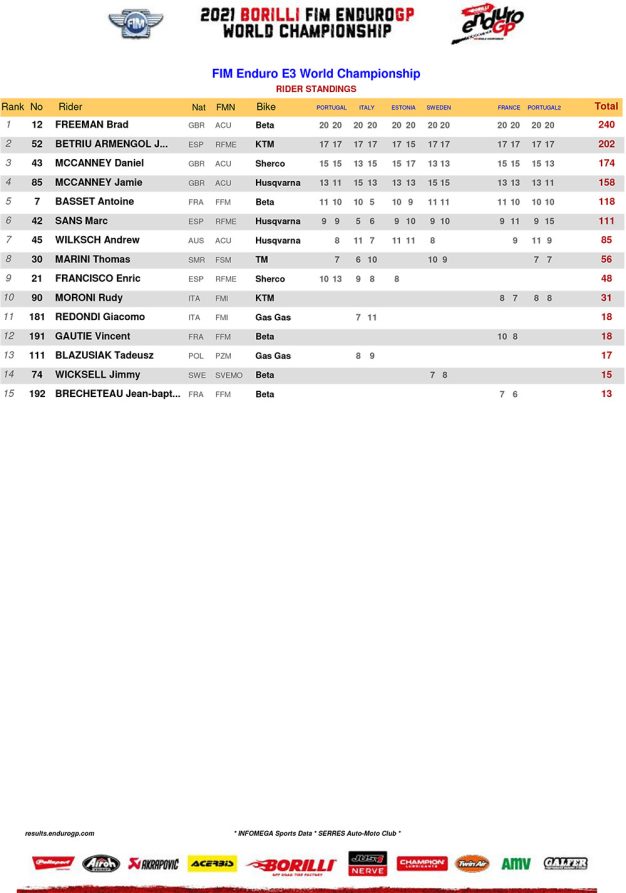