Western Australia to host a round for the first time in over a decade. 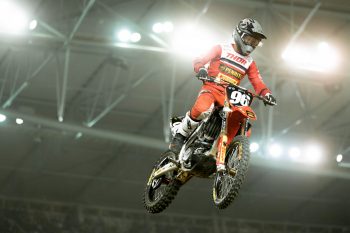 It’s been revealed the 2021 Australian Supercross Championship will make a surprise visit to Perth this season, marking the first national supercross event in Western Australia in over a decade.

The isolated city has been overlooked for national championship events in recent years, with the most recent national motocross round being in 2016, while the last time supercross featured in WA was in 2009 as part of the now-defunct Super-X series.

The decision to confirm Perth as a hosting city comes as a shock after being absent from the calendar for an extended period, particularly during the pandemic where the state government has notoriously slammed its border shut to interstate travellers when Covid-19 outbreaks arise.

AUS SX Holdings co-founder Adam Bailey believes WA has a strong supercross fan base and has data to back it up, insisting he’s confident the journey west would be a success for the series.

“We know the fans are hungry for it – we’ve got good data that fans travel to the east coast for the AUS-X Open and things, and we feel really confident an event there will go really well,” Bailey told MotoOnline.com.au.

“All the regions we’ve selected are really strong for motocross and supercross – that’s the thing, we’re going to place we know that have fans, and we think we can really build the championship right up.

“Perth and WA are a huge part of it, and it deserves to have a round if we can make it happen – as long as the Premier doesn’t shut the door on us all!”

While the series is still to be formally announced, it’s understood the championship will also visit Queensland, New South Wales, Victoria, and South Australia.