National MX2 charger details the journey to and through his 2021 campaign.

GasGas-mounted privateer Isaac Ferguson has shown he is more than capable of running inside the top 10 in the Pirelli MX2 category of the Penrite ProMX Championship, with flashes of speed displaying a glimpse of his potential.

The 22-year-old Sunshine Coast local had his interest sparked for racing bikes by a friend of his dad, who essentially convinced the family to begin their two-wheeled journey.

Along that journey, Ferguson has experienced both highs and lows, with a highlight performance coming at round eight of the 2019 season in Moree, where he was able to battle for the lead in the opening back-to-back moto in the MX2 class.

“I have had a few hit and miss good rides throughout racing nationals, but I’d say one of my good ones was 2019 at Moree,” Ferguson explained. “I ended up getting a third there, I got a good start and ended up running in the top three for the whole race, battling for the lead.”

Ironically, one of the biggest adversaries Issac has had to overcome throughout his career was not a result of a motorcycle crash, but rather from a wakeboarding incident where he severely severed both an artery and his bicep. 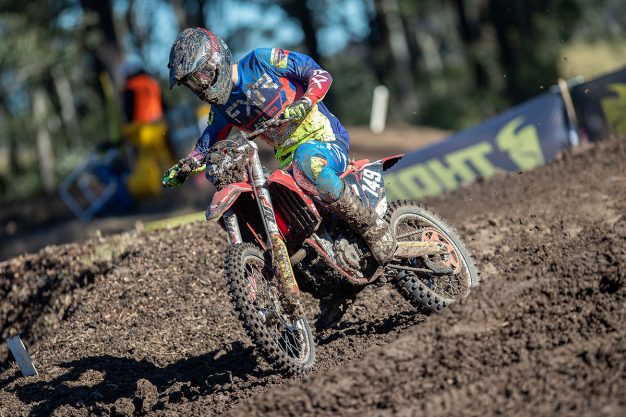 “Back in 2015 I got caught in a rope wakeboarding and I servered my bicep and artery in half – I nearly ripped my arm off wakeboarding,” he explained.

Fast-forward to 2021 and the Rising Motorsports rider has consistently placed inside the top 10 in each ProMX round during moto one, while admittedly needing to improve on his second moto’s to elevate him from ninth in the MX2 standings.

“I want to get two consistent motos and, by the end of the year ideally I want to get into a couple of top fives and even a podium finish, that would be the goal,” Ferguson said.

“My first races have been sort of solid, with positioning and whatnot, the second ones with the track being dry and hard based, I’m sort of a sand rider and more loamy conditions I like.

“With a bit more bike time it should all come together, I’m starting to chase Noah [Ferguson] around now that he is back up this way.”

With his younger brother and current MX2 rider Noah Fergusson being a close competitor, Isaac gets to experience a unique yet competitive training environment, while being adamant that he wants to be the quicker of the two. 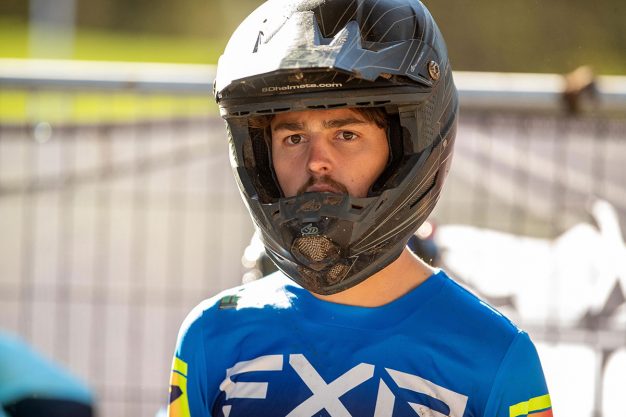 “This year has been better, usually it’s been him chasing me and it sucked because he never let me chase him,” recalled Isaac. “It’s been good now, as much as I don’t like to say it, his pace has been better…

“I’ve got someone to actually chase now and we’ve got that ‘brother who wants to be better’. It’s dragging me along because I don’t want to let him get away!”

Looking to next season, Ferguson has an open mind, with the hope of strong performances throughout the remainder of 2021 securing him increased support, with AFS Constructions, Rising Motorsports, Golden Tyre Australia and FXR helping him throughout the season.

“At the moment I haven’t got too much, I’ve got open arms ready to take whatever comes,” he admitted. “We’ll see how this year plays out and what I can get from it – hopefully can get more support and see what we can do for next year. Wherever I can get a bike I’ll go, whoever is going to give me the support I will go to.”

The dynamic ProMX calendar, as a result of the Covid-19 pandemic, has seen both Wodonga and Gillman rounds postponed, meaning Ferguson’s next outing is set to be on 8 August at Queensland Moto Park if that event does end up going ahead next month.