Why the introduction of ProMX in 2021 is our most important step yet.

A lot is riding on the 2021 Australian Motocross Championship that’s about to drop the gates at Wonthaggi this Sunday, a new era of the sport being launched by Motorcycling Australia (MA) under the ‘ProMX’ brand as we attempt to navigate out of the lengthy hiatus that covid-19 has caused.

It’s difficult to think that the Coolum finals on the first weekend of August 2019 was the last time a professional outdoor round was held in Australia. Back then, a full 20 months ago, it was Williams Event Management (WEM) that was at the helm of the sport, as the family-operated business had been for over two decades.

WEM had its fair share of knockers over many seasons, especially in recent years as it became more evident that support was wavering and, at a time where perception is everything, we as a sport need all the confidence that we can generate leading into the future. It has to be deserved, however, and we must respect the path – both good and bad – that has taken motocross to where it is today.

As history tells, there have been many ups and a bunch of tougher years in the sport locally – especially when you factor in the state of the Australian Supercross Championship over the past 10-15 years – but right now, in the digital age that we live in, the moment is right for the industry to capitalise on the opportunity at hand. For MA and the independent Australian Motocross Group (AMG), the tone needs to be set from the outside this weekend. 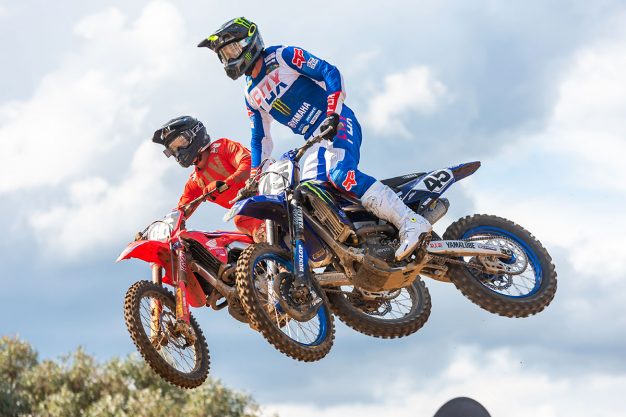 Most are aware of the story told over the past 12 months, that WEM was planning on exiting at the conclusion of 2020 regardless, that the pandemic eventually shut down the series altogether following months of uncertainty, that MA had put the series rights up for expressions of interest, but predictably ended up taking it in-house alongside series such as the Australian Off-Road Championship (AORC) and Australian Superbike Championship (ASBK).

Motocross is different though and, from our experience, it’s the most popular product that this country has in terms of a two-wheel national series. Most manufacturers are invested, industry distributors are largely committed, top teams competing are as professional as it gets, the world-class athletes are the most popular judging by social media and the spread of solid competitors is particularly promising. That all extends into AUS Supercross and vice-versa, which as a result, carries heavy expectations.

When ProMX was first announced last October, it’s fair to say that the brand itself – namely the remarkably disappointing logo execution upon launch – was widely criticised and concerns were raised. If those in charge couldn’t nail the brand, how could and why would anybody take the sport seriously? Thankfully since, as part of the newfound Penrite involvement, ProMX has been polished and things appear to have been on the up since.

In between we saw the development pathway overhauled while being renamed MX3 over MXD (formerly Under 19s), an eight-round calendar confirmed, a double-header weekend with the AORC introduced, plus a broad mix of support categories announced. If anything, each of those initiatives indicated that MA wasn’t standing still in taking over the championship behind closed doors.

A stack of the most important revisions to the championship structure based upon prize money, formats, points and entries were curiously hinted at and then buried within the supplementary regulations for no apparent reason, meaning that exposure on those topics was underdone aside from an extensive article that we at MotoOnline put together in February. That said, it was an opportunity missed by organisers.

What MA CEO Peter Doyle did maintain from the outset was that the governing body would invest in television for the series as long as the industry backing was there to pay for it, as it already had done with ASBK since 2015 and being live from 2017. Like the ASBK, ProMX will be aired live on SBS and Fox Sports, in addition to a more extensive livestream online that’s free to watch from both here and abroad. Still, it’s the streaming element that probably has the most scope to build upon in the long-term.

Following the confirmation of Penrite as naming-rights partner in late January, it was finally made official within the month that enough funding was secured to justify the vast expense of a proper broadcast package and, with that, hope had been restored. In the proceeding months we’ve seen ongoing announcements outlining partnerships including AMX Superstores as the presenting partner, Serco’s holeshot incentives, Thor (MX1), Pirelli (MX2) and Maxxis (MX3) as category supporters, plus a mix of ‘corner’ sponsors as well.

Commercially, TV is an extremely important component and it’s vital that not only MA attempts to properly leverage the audience that tunes in to grow the sport both in terms of popularity and financially, but that all stakeholders also do. There’s very little point having this type of package unless everybody maximises the opportunity by building their own brands and supporter-bases to match. In addition, now’s not the time to over-police content being produced by those involved, because the potential to go viral is crucial. 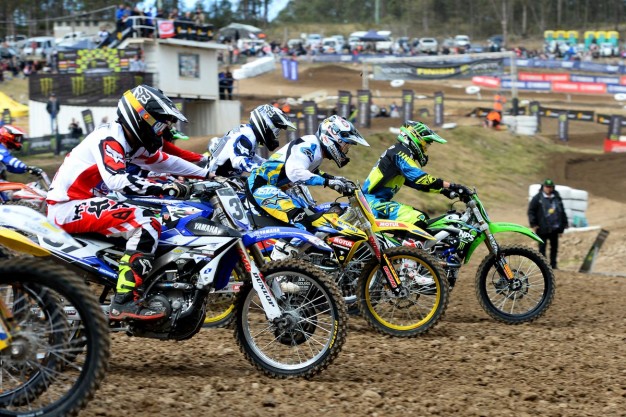 In turn, all of the above should mean greater budgets, higher significance and the chance to have more full-time professionals within motocross (and again, if AUS Supercross can go ahead and carry that momentum, strength will be gained). It’s an area that that’s still questionable when it comes to ASBK – we simply haven’t witnessed the anticipated influx of sponsorship that you’d expect, not from a series or teams point of view. That’s the general observation, at least from the outside.

As referenced previously, perception is immensely important in this game. As we speak, just days out from the opener of this new era, confidence in the series is relatively high, the industry is riding a wave of sales that nobody could have predicted off the back of the current pandemic and, following such a lengthy time off, everybody is excited to turn up and go racing at the national level again.

While being respectful to history that the sport is built upon, too often we hear about the ‘glory days’ of motocross in Australia back in the ’80s or ’90s. Truth is, aside from what was probably a larger crowd trackside back in the day, the sport is well-advanced in comparison. To specify the peak of the nationals locally, you’d have to think it was somewhere between 2010-2014 when energy drink money prevailed and the sheer interest/involvement/investment from the industry was obvious.

But even since then, digital functionality has evolved. The opportunity to reach fans with timely, relevant info has never been better or more accessible from your desktop or mobile device, whether it be from us at MotoOnline, the teams, brands or riders themselves who are taking advantage of technology. Get every aspect correct in that area and you will win, no matter what your position or place within the industry is.

Collectively, it’s looking to be a case of now or never if we are to make a proper impact, if we’re to accelerate ahead and go beyond anything that we can recall as being the benchmark in the past, regardless of when we consider that the high point was. It’s no longer about all that, it’s about today. The time is now for AUS Motocross.