Racer comments from the opening rounds of AORC.

A selection of riders detail the rounds one and two of the Yamaha Australian Off-Road Championship (AORC) in Toowoomba. Team and privateer competitors can submit comments to [email protected] by Monday afternoon after events for inclusion in the post-event Quotebook feature. 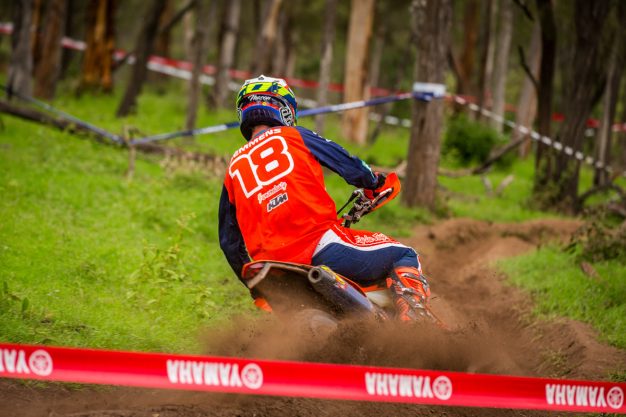 Luke Styke (Yamaha Active8 Yamalube Racing) – First/third:
Saturday was good and everything was on track but I got it all wrong in a rocky area of the course and fell onto my elbow and also got my ankle stuck under the bike. And I’m not sure what hurts most. I will have to get them both checked out as the pain in both is pretty high. I managed to finish and actually got better as the day went on, but I was nowhere near 100 percent. Thankfully the team had my back and encouraged me to keep plugging away and salvage what I could after the crash. My first priority will be to get both my elbow and ankle checked out and make a plan after that.

Mason Semmens (KTM Enduro Racing Team) – Second/first:
To get 2-1 results and take the points-lead over the weekend in my first race with the KTM Enduro Racing Team is a really good feeling. I wasn’t sure where I was going to be at coming into the first round, but the hard work that we did in the off-season showed and I surprised myself a little bit. I’m learning every time I go out and really tried to minimise mistakes, so it was good and I’m really fortunate to be teammates with Milner. Everything has been awesome and I’m definitely feeling comfortable on the KTM 250 SX-F. Daniel Milner (KTM Enduro Racing Team) – First/first:
To win the opening rounds of the year is always a good way to start a championship. I made sure I got through it all clean and had good runs over both days, because it was important to maintain consistency and carry the best pace that I could without making mistakes. I felt like I was well-prepared for the season, but you’re never 100 percent sure, so to have such a strong weekend shows that all the hard work has paid off. I’m really happy with the KTM Enduro Racing Team 450 EXC-F, it’s honestly been unbelievable – especially in the conditions that we had on the weekend. We’ve done a lot of work in the off-season and I’m really happy.

Todd Waters (Husqvarna) – Second/second:
To be honest I rode better than I expected. I was stoked to podium in the opening rounds considering our lack of preparation. I had no idea what I was in for, the goal was to just get a feel for the AORC and build from there. I can’t thank Husqvarna Motorcycles Australia and all my other sponsors enough for their support in allowing me to compete in the off-road scene. We have a few weeks to the next round in Dungog, New South Wales. I’m excited to make some major changes to my bike setup and try and get my head around the next race format. The series is definitely going to keep me on my toes and be a useful distraction from motocross when it starts to get a bit repetitive. On a side note, I couldn’t have felt more welcomed into the Australian off-road scene.

Jeremy Carpentier (Yamaha MXstore Ballards Off-Road Team) – Eighth/sixth: I really struggled on the track today as it was really high speed and with a few annoying injuries over the off-season, I definitely missed some bike fitness. I know what I need to work on for the next rounds and really looking forward to having the time to get back to where I know I can be.

Josh Green (Yamaha Active8 Yamalube Racing) – Third/third:
Two weeks ago it was doubtful I would even be racing, so to not only be competing but also very competitive is a real bonus and I’m satisfied with the result from the weekend. As each day went on, I could feel my strength draining but on Saturday night, I was able to freshen up and tackle Sunday feeling pretty good. The bike was good all weekend, the team worked hard behind the scenes to ensure I had everything I needed and the interest in off road was as good as I have seen it so it’s awesome to see the promotion and energy in racing at the moment. We have a month until rounds three and four so hopefully I can continue to recover and hit them at 100 percent. But, glad to get through the weekend unscathed, land on the podium both days and get off to a good start in the 2020 championship. 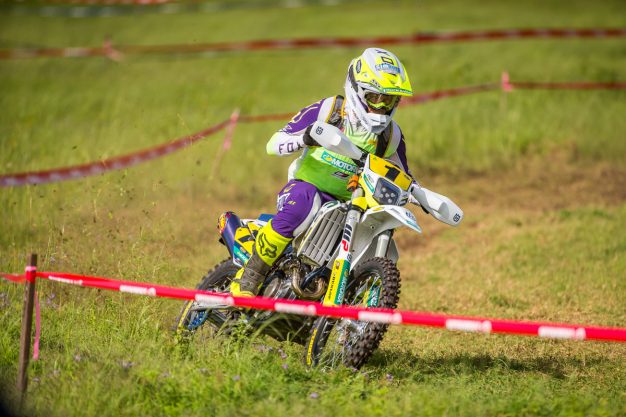 Daniel Sanders (Husqvarna Enduro Racing Team) – First/first:
The results in class were good this weekend in Toowoomba. It’s definitely positive to start the season on top, especially after the way Saturday started and after spending minimal time on the bike in the lead-up. We have the base to build from now in terms of results and will keep working hard, so thanks to everyone at the Husqvarna Enduro Racing Team, the FE 501 was really solid as it always is. I’m excited to keep going and look forward to the Dungog rounds coming up