Australian on his 250SX West campaign in Supercross.

Former Australian SX2 and MX2 champion Jay Wilson has just come off a five-race stint in the 250SX West category of Monster Energy Supercross, where he charged to a series ranking of 16th after the first six rounds. We caught up with the Yamalube Yamaha Racing rider for this edition of Fast Thoughts. 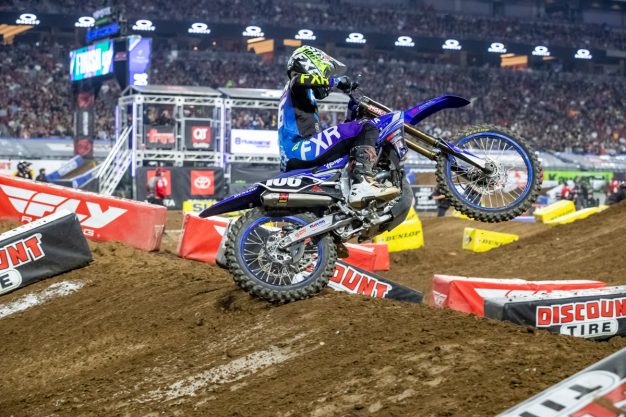 It was cool. I had to learn a lot in a very short time – it didn’t start very well having a crash and hitting my head, so I was playing catch up from the start. That was a bit of a challenge, and obviously learning the racing over there and learning the tracks – the tracks are so different to our Australian ones, just in the way they’re built. We had to play with our suspension a lot and use a different fuel, so the engine was different – there were a lot of things to process in such a short time. It was a really cool experience, and I loved every moment of it. The results probably weren’t what I expected or wanted, but I learned a lot and I’m really excited to go to work now, and I’m really motivated to grow as a rider and improve. 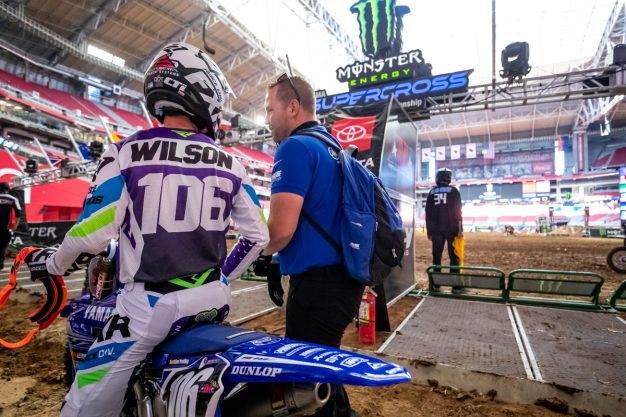 Training at the Yamaha test track…

Having access to the Yamaha test track was unreal and a massive help. The guys here at Yamaha Motor Australia helped make it happen, and the guys at Yamaha Motor USA couldn’t have helped us out enough – they were constantly checking if we needed a hand with anything. If we had a question or anything, they were always so helpful. Allowing us to be part of the riding at the test track during the week was really cool because not only was it helpful and saved us a lot of money, but it was cool to see what they’re doing at the test track and being part of it. We were actually doing motos with [Justin] Barcia, [Aaron] Plessinger, and all of the Star boys. For myself and [Aaron] Tanti, we were there every day and could see where we needed to be better – every day we had a challenge ahead of us and it allowed us to push forward and have something to be focused on.

Experiencing America with your family…

The experience of America was cool and I’d love to go back and do it again. The people over there were so helpful – it was crazy because I think Americans have bit of a rap with being arrogant, but everyone was helpful and wanted to be part of our program – they couldn’t help us enough. It was a really cool experience being able to travel and drive to the race, and my wife and daughter were at every round with me. That was a cool experience in itself and being able to explore the cities that we were in. Being in San Francisco was unreal – being at the Golden Gate Bridge, we went on a bike tour, checked out the city and it was a pretty special place. And then to go over the bridge and race at Oakland and be part of that style of event was pretty cool. The atmosphere was pretty gnarly there and they put on a good show. I’m probably saying it’s unreal all the time [laughs], but it was such a cool experience and I would love to do it again sometime.

Transitioning back to motocross for the 2020 MX Nationals…

We’re back to work now, and it’s been cool – I think going to America, the intensity was brought up and I’m in a really good position now. I’m really looking forward to getting back to work here in Australia and going for another title. I think we’re in a really good position, and we obviously have a really good base from previous years. The next six weeks we’ll get to work for our championship, and we still have plenty of time to get some riding in and build out motocross base back up. I’ve had five races already this year, so I think it’s been beneficial for me being over there. Hopefully we can bring a new level in Australia this year and get some good racing in.