Omeo confirmed as Victorian venue for penultimate stop of the season. 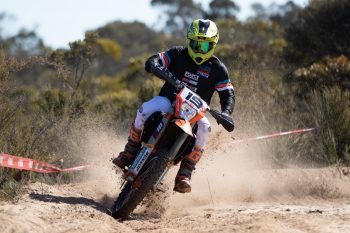 Motorcycling Australia (MA) has revealed the Yamaha Australian Off-Road Championship will visit Tasmania for the first time next year, while confirmation of a Victorian venue sees the 2020 calendar near completion.

A 2020 schedule was released last month detailing the dates and hosting states of the series, before Toowoomba, Dungog and Nowra were announced as the venues of the first three stops.

Omeo in Victoria will host the penultimate stop of the championship for rounds nine and 10 on 19-20 September, as Wynyard in Tasmania will serve up the season-finale on 17-18 October.

Hometown favourite and four-time EnduroGP world champion Matthew Phillips is understood to have played a pivotal role in securing the championship round in Tasmania.

Five of the six locations have been confirmed, leaving just the South Australian stop, scheduled on 1-2 August for rounds seven and eight, to be announced.