Fifth win of the season recorded by Cianciarulo to extend 250MX lead. 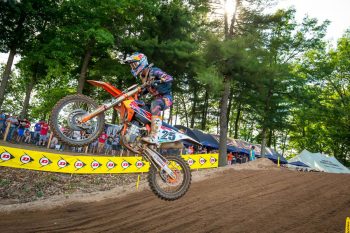 Red Bull KTM Factory Racing’s Marvin Musquin made it consecutive round wins in the 2019 Lucas Oil Pro Motocross Championship as the series reached halfway at Southwick.

Musquin picked up where he left off to start the opening 450 Class moto by grabbing the holeshot and went on to win ahead of Eli Tomac (Monster Energy Kawasaki) and Zach Osborne (Rockstar Energy Husqvarna Factory Racing).

In the 250 Class, Monster Energy/Pro Circuit/Kawasaki’s Adam Cianciarulo added to his dominant start to the season with his fifth victory in six rounds this season.

He went 1-2 for the overall ahead of moto two winner Dylan Ferrandis (Monster Energy/Star/Yamaha), while his teammate Justin Cooper was consistent to complete the overall podium. Australian Hunter Lawrence (Geico Honda) was 11th overall after going 9-13.

Cianciarulo was able to add to his lead in the 250MX standings, in which he now enjoys a 23-point lead over Cooper, with Ferrandis remaining solidly in third.

The second half of the 2019 Lucas Oil Pro Motocross Championship begins next Saturday, 6 July 6, with American motocross’ own independence day tradition from Michigan’s legendary RedBud MX. 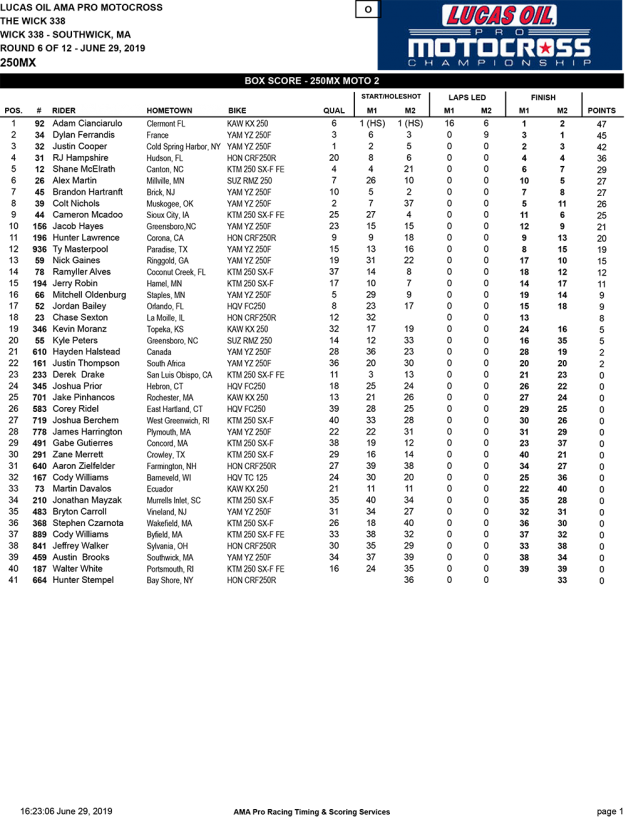