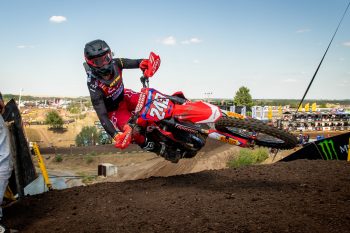 Honda HRC’s Tim Gajser has earned his fifth consecutive victory at Teutschenthal in Germany for round 10 of the 2019 MXGP World Championship.

The former world champion charged to a dominant 1-1 performance at the demanding circuit, boosting his points advantage to 83 over Red Bull KTM Factory Racing’s Antonio Cairoli, who sat out the round with a shoulder injury.

Australian Jed Beaton (Rockstar Energy Husqvarna Factory Racing) was sixth overall with an impressive 6-5 scorecard, while compatriot Mitch Evans (Team Honda 114 Motorsports) ran up front in moto one before a pair of crashes saw him DNF and not return for race two with an injured shoulder and back.

The MXGP World Championship returns on 7 July at Palembang in Indonesia for round 11 of the series. 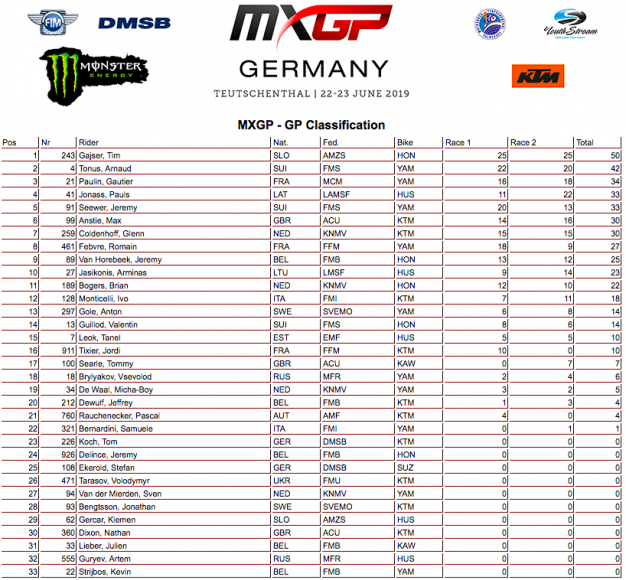 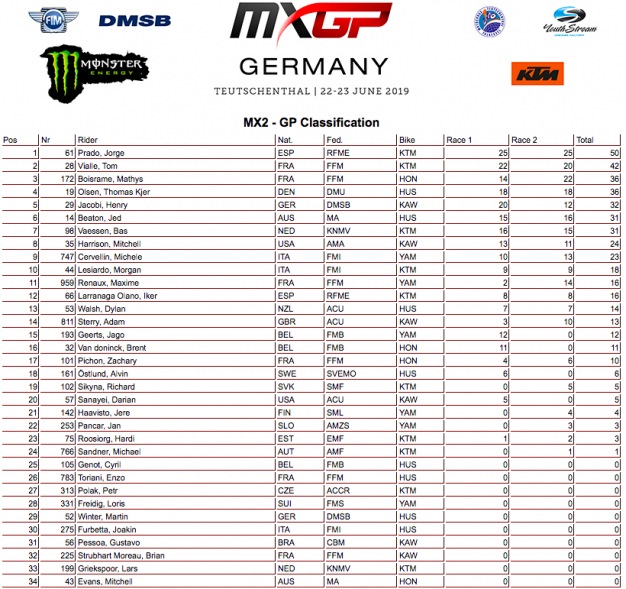