Waters edges Metcalfe in MX1 moto one at Gympie national

Sprint race sweep for Todd in MX2, as Purvis delivers in MXD opener. DPH Motorsport Husqvarna’s Todd Waters has made a triumphant homecoming in Thor MX1 moto one at round six of the 2019 Pirelli MX Nationals in Gympie, Queensland.

Waters withstood a mid-moto charge of Brett Metcalfe (Penrite Honda Racing) to capture the race victory, the pair comfortably ahead of the chasing pack.

It was Kirk Gibbs (CDR Yamaha Monster Energy) who took the hole-shot, however, Waters soon sliced his way through to the front and that is where he would remain. Metcalfe was the only rider to match him, but wasn’t quite able to make an attack for the lead in the second half.

As for Gibbs, he managed to make a late move on teammate and red plate-holder Luke Clout for third, the latter finishing ahead of Hayden Mellross (Raceline KTM Thor), who clawed his way through the field for position in an inspired ride. In the Pirelli MX2 Sprint motos it was Wilson Todd (DPH Motorsport Husqvarna) who won both, securing him maximum points. 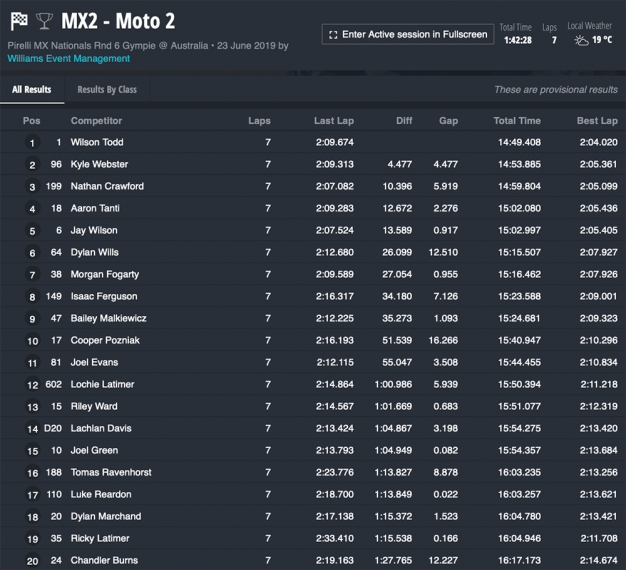 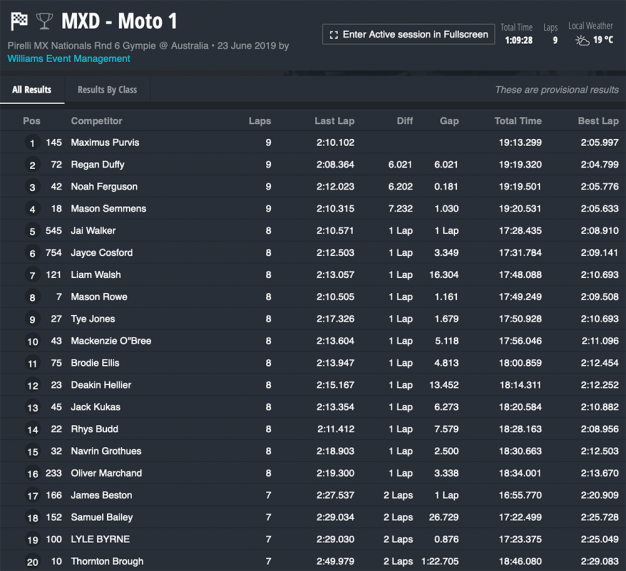