Wilson rises for MX2 victory and Duffy rebounds to clinch MXD round. 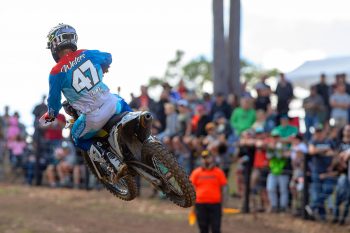 Victory for DPH Motorsports Husqvarna’s Todd Waters at the Gympie round of the 2019 Pirelli MX Nationals saw him regain the Thor MX1 red plate in Queensland.

After winning the first moto this morning, Waters followed Kirk Gibbs (CDR Yamaha Monster Energy) across the line this afternoon to clinch the overall.

Waters led the initial portion of the race only for Gibbs to make his way by in the second half, going on to finish in that order, while Hayden Mellross (Raceline KTM Thor) was third and a fast-finishing Brett Metcalfe (Penrite Honda Racing) fourth – each finishing in formation across the line.

Superpole winner Jesse Dobson (Husqvarna) had a stronger ride in moto two for fifth, ahead of holeshotter Dylan Long (Empire Kawasaki) and former points-leader Luke Clout (CDR Yamaha Monster Energy), who was forced to climb back from a heavy fall in the opening corners. Yamalube Yamaha Racing’s Jay Wilson delivered a timely win in Pirelli MX2 moto three, which handed him the overall to commence the second half of the season.

Overall it was Wilson who stood in the middle step of the rostrum, joined by Todd and Crawford to set up and intriguing second half of the series to be contested. Duffy managed to steal the round win in the process, as joining Duffy and Purvis on the podium for round six was Noah Ferguson (Davey Motorsports KTM).

The 2019 Pirelli MX Nationals will now move ahead to Maitland in New South Wales, where round seven will be hosted on Sunday, 14 July. 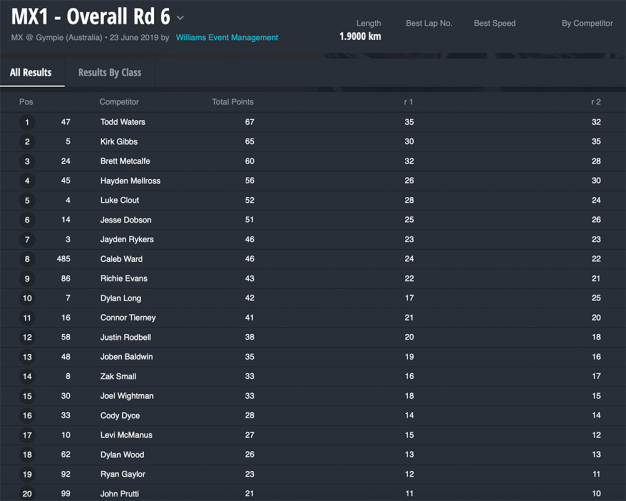