Previewing what's to come at this weekend's sixth and final round.

The sixth and final round of the 2017 Australian Supercross Championship is set to take place this weekend at Jimboomba in Queensland where SX1 and SX2 contenders will hit the track. MotoOnline.com.au previews what fans can expect when the gates drop this Saturday. Note:
Online tickets can be purchased via this link. 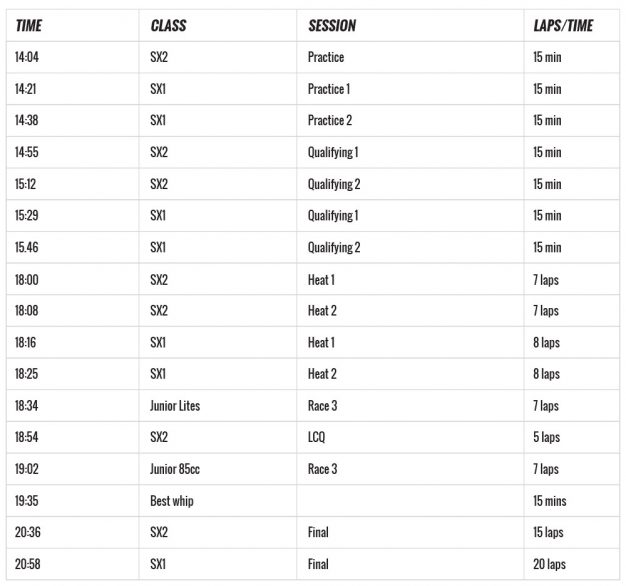 First:
Justin Brayton – Following a slightly challenging weekend in Sydney, Brayton will bounce back and finish out the championship strong. With plenty of championship pressure on his shoulders, expect the American’s experience to show as he looks to claim his second-consecutive SX1 title on Saturday.

Second:
Dean Ferris – It was a slightly off weekend for CDR Yamaha’s Dean Ferris at the AUS-X Open in Sydney and he wasn’t happy about it following Sunday’s main event. Expect Ferris to push for a strong finish this weekend to wrap up what has been a super impressive 2017 season overall.

Third:
Dan Reardon – Reardon was on the podium in Sydney and he looked a lot more comfortable again following a tough round three showing where he sampled the dirt multiple times. The Queenslander will be a podium threat this weekend, there’s no doubt about it.

First:
Chris Blose – Penrite Honda Racing’s Blose will be hard to beat this weekend in Queensland and he’s entering the event off the back of a solid weekend in Sydney where he went 2-1 on Saturday and Sunday night.

Second:
Jackson Richardson – The Serco Yamaha rider now holds the SX2 points lead and has a strong chance of defending his 2016 championship. We believe Richardson’s experience with shine through in a championship situation this weekend when it comes down to that final 15-lap main event.

Third:
Wilson Todd – The DPH Motorsport Yamaha rider will be right there, but the pressure could definitely be an issue for him as he shoots for his first SX2 title. He could definitely win this weekend and claim the championship, but it’s going to come down to how well he can handle the situation mentally.