After years of anticipation, Suzuki has finally taken the reigns of its premier class RM-Z450 production bike and completely revamped the seemingly unchanged, decade-old motorcycle for 2018.

Boasting a new sleek, yet aggressive look, the 2018 Suzuki RM-Z450 is sure to catch your eye on and off the track with its smart and sophisticated colour coordination. Its been a long wait for Suzuki lovers around the globe, but there’s no better way to make a statement than adopting a stylish new look, although it’s the performance that really has us talking.

MotoOnline.com.au recently had the chance to hop on and put the all-new 2018 RM-Z450 through its paces at Ride Park in Victoria, just weeks months after travelling to Japan to test the factory works version of the bike. 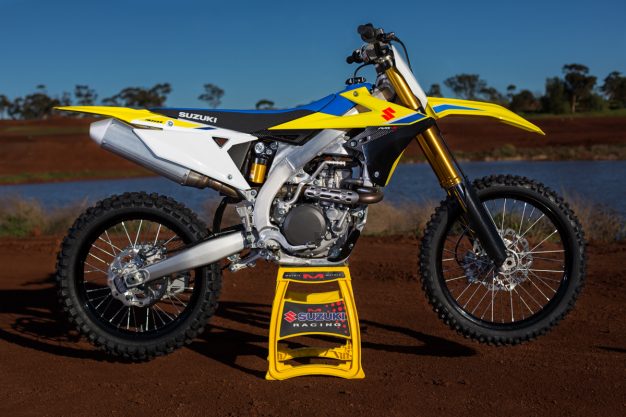 I was very curious how the production model would stack up, and to be honest, it ticked quite a few boxes. The first thing I was looking for was the comfort the production model delivered and as I rode out onto the pristine Ride Park dirt, I noticed straight away how similar the two felt.

Featuring a completely redesigned frame and swing-arm, the bike has a total new feel in comparison to the unit it replaces, which is a major step in the right direction. The weight is slightly transferred to the rear of the motorcycle, while the handlebars are positioned 7mm forward, allowing you to sit further up on the seat and providing you greater access to the cockpit without loosing rear end stability.

The balance of the bike is ever so slightly biased to the front-end due to being 5mm taller at the rear and having a slightly shorter wheelbase of 1480mm, it really assists the turning capability of this machine and delivers improved cornering performance by allowing a much more positive and trusting feel when tipping into corners at high or low speed.

The new seat design allows you to sit taller and further forward on the bike, minus the feeling of being crammed for room – it’s a big plus and it also makes the bike feel a lot more nimble and user-friendly, allowing you to move from front to rear with ease. We all know that when you head out for a ride on your beloved 450, extra horsepower is one thing you aren’t particularly chasing, but getting it to handle smoother than a Rolls-Royce so you can keep that ear to ear grin on your face is sometimes another challenge in itself.

The 2018 RM-Z450 is the first production bike to adopt Showa’s new Balance Free Rear Cushion (BFRC) shock and it’s a very welcomed addition. A major feature of the BFRC is a stable pressure balance, which reduces the cavitation and improves the dampening responsiveness, while hosting a lower operating pressure to reduce friction, plus the compression area of load is increased, which makes for improved dampening.

Pairing up with the BFRC is the improved 49mm Showa coil-spring fork – no more setting air pressure before you head out for your ride. While it is a mere 1.5kg heavier than an air-fork, the cornering performance, overall feel and ease of adjustment far outweighs a bit of additional weight. It’s a smart move by Suzuki, because this bike is now equipped with one of the best production sets of suspension out there and predictable handling on a big-bore is essential.

The Suzuki engine is renowned for its strong, useable power that accommodates a wide variety of riders and it hasn’t lost its smooth, powerful touch. Suzuki has really improved the overall performance by introducing a variety of new additions, including a thorough revision of the engine intake and fuel systems. Starting with a updated cylinder head intake port shape, which has an increased tumble flow of 25 percent, allowing a greater peak of horsepower without sacrificing low to mid horsepower, delivering one of the most useable power curves on the production bike market.

The fuel injection direction and throttle body has been modified and now injects on the centre of the butterfly, allowing more fuel in by increasing fuel pump pressure, and in turn improves the combustion and throttle response delivering a sharp accurate feel at the throttle.

By introducing more fuel, you also need to incorporate more air and that’s just what Suzuki has done. The air filter is 30 percent larger and the outlet tube has a more direct shape allowing for greater airflow and increased power output at all engine speeds.

Rounding out the engine modifications is the intake camshaft and the piston, the cam profile has slightly changed and there has been a rib added to the bottom side of the piston to endure higher peak power to support the improved engine performance. 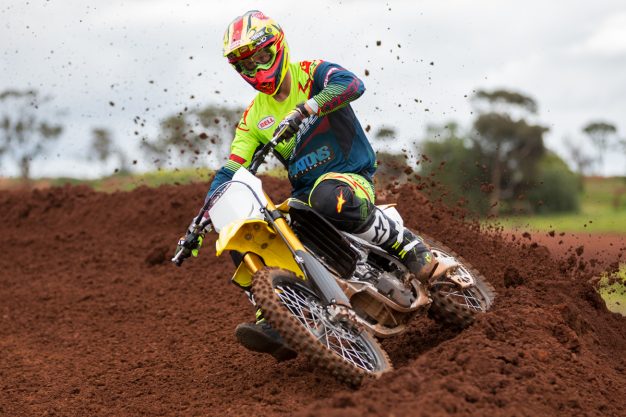 I couldn’t get enough of the smooth, useable power delivery, the more laps I completed the faster I wanted to ride the bike, and because the engine was so smooth, I found riding the bike for extended periods of time was far easier than I first thought. That says a lot about the performance balance of the 2018 Suzuki RM-Z450.

The third generation of the traction management system has 1.6x faster data processing capabilities and 2.5x greater memory capacity of the first generation unit (2008) – when paired with the S-HAC (Suzuki Holeshot Assist Control), it delivered some ripping starts. I was extremely surprised at how fast the bike started from a stand still, having a really strong power curve instead of being a fire-breathing dragon really got the power to the ground without breaking too much traction.

A few minor changes to the new MX1 contender are the Bridgstone Battlecross X30 tyres that come equipped front and rear, the fuel tank material has changed from aluminium to resin, reducing weight by 275g while making room for an extra 100ml of fuel, bringing the total tank capacity to 6.3L. The rear master cylinder has been redesigned so your boots don’t get hooked on it, plus the front disc is 20mm larger, coming in at 270mm for extra braking capacity. The braking package, although overlooked at times, is definitely an important factor and Suzuki has met the mark.

Summarising the 2018 RM-Z450, if you are a rider that wants a smooth, user friendly bike that is predictable and strong, then this is for you. The more you ride it, the more you will appreciate it and it will keep you keen to get back on the track. The only downside is you will still have to kick-start your beloved steed as it doesn’t feature and electric starter.

The all-new 2018 RM-Z450 is expected to arrive in Australia this spring with final specifications and pricing being confirmed closer to launch. For further information on the 2018 Suzuki RM-Z450 interested customers should visit their local Suzuki dealer, who can be found through the dealer locator at www.suzukimotorcycles.com.au. 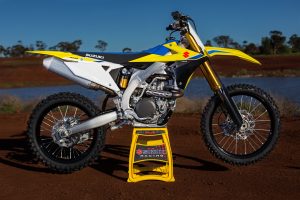 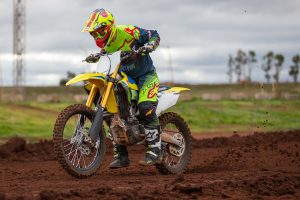 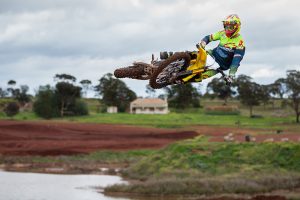 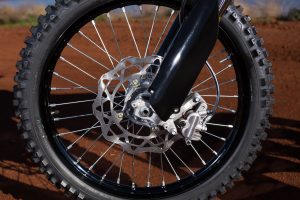 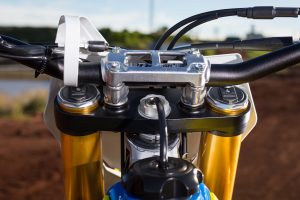 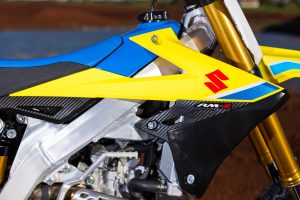 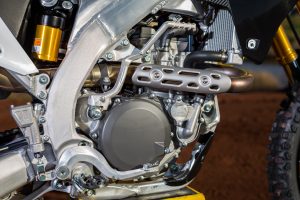 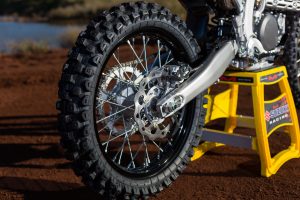