We’re in for another big weekend of racing with the return of the MXGP World Championship and yet another round of the Monster Energy AMA Supercross Championship ready to go again in the coming days. Soon enough we’ll be adding the Motul MX Nationals to that list of events and things really will click into top gear for the year!

This week I spoke with a selection of riders as we put together our weekly range of content, and as expected the topic was mostly surrounding their pre-season to date and how they are travelling ahead of the season-opener. It’s not that far away now, we’re just three weeks away from the 2 April event – hasn’t that come around fast?

Although we’re so close, it’s interesting to see riders such as Todd Waters opting to switch their entire suspension set-up late in the pre-season. You can click here for more, but personally I feel this is a clear indicator that the Crankt Protein Honda Racing rider is confident in himself and his team with such a move. It’s a risky one, but the Queensland isn’t phased one bit and even admitted that the second-half of the season is where they really want to shine. 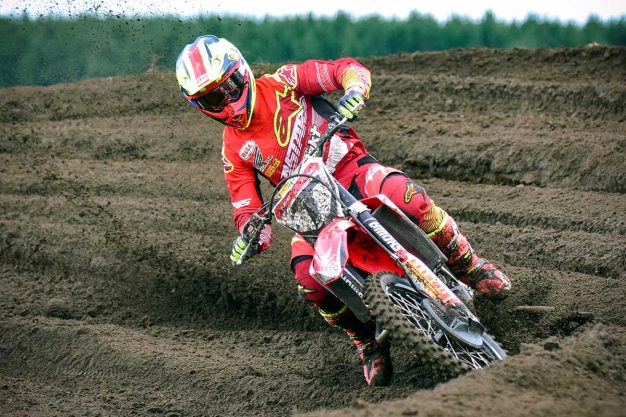 That brings me to my next point, with the series being almost split in two with the substantial mid-season break, how exactly does each rider approach it? It’s clear Waters, for example, is focusing on pouring it on during the second-half, but could others be planning on making a blistering start and then maintaining things for the remaining events? Obviously a strong 10 rounds is the ticket, but some riders tend to fade and are unable to hold a consistent pace the entire year.

I also spoke with Jackson Richardson this week and he’s really feeling the flow aboard his Serco Yamaha YZ250F and things are looking good. I actually had a chat with former professional motocross and supercross racer Dan McCoy and he mentioned just how fast Richardson was looking at a Coolum practice day. It’s not that easy to impress McCoy, he’s done a lot and he’s seen a lot of fast guys in his time, so it was interesting to hear that comment from him. 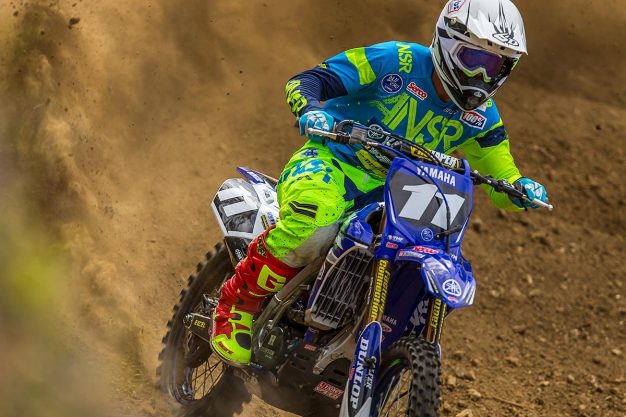 On the topic of McCoy, it’s was awesome to see himself and girlfriend Amy announce they are expecting a baby boy later this year. Doctors gave the now Queensland-based McCoy a slim chance of having a child following his career-ending injury, but he overcame the odds and will now prepare to enter another new chapter in his life. It’s always awesome to see something positive happening for someone who has been through, and is still dealing with such a tough situation.

Back to the Richardson topic, it would be quite impressive if Yamaha can claim the MX2 title for the fifth-consecutive year, and it definitely seems possible with him aboard the Serco machine. I have a feeling we’re in for quite and interesting and hotly-contested season in all three categories, let’s hope it pans out that way and we’re greeted with a whole lot of action at Wonthaggi in three weeks!