We’re at the halfway marker of the 2016 Motul MX Nationals, which has produced some of the most intriguing racing on record to date this season. There have been no runaway leaders across any class, making for great racing, and these titles are wide-open.

The bi-annual trip to Perth last weekend for Wanneroo was as brutally tough as we all expected, although few expected Kirk Gibbs and Nathan Crawford to be standing on the top steps of the podium at day’s end. It was definitely Dean Ferris/Todd Waters (MX1) and Caleb Ward (MX2) who were expected to finish on top.

Of course, Ferris absolutely dominated the opening part of the day with Super Pole and both the one and two race wins, before his major crash in the final moto robbed him of any hope. And we may look back on that incident as a pivotal point in the title hunt come Coolum at the end of the year.

That enabled Gibbs to ‘cruise’ to a calculated victory in that final moto, handing him the overall and also allowing him to stretch a 17-point lead in the standings. Last year’s championship win was well deserved, but this year Gibbs is possibly even more impressive considering the strength of the field.

As for Crawford in MX2, he’s finally coming of age in the class and it’s good to see. With a solid program behind him, albeit not factory, the Queenslander entered the pro ranks with massive credentials and now we’re seeing exactly why he’s been rated so highly. There’s little doubt that Ward will be knocking on the door of the points lead sooner or later though, plus Jed Beaton has been typically strong all season long. Speaking of Ward, he’s on a 350 SX-F this weekend at Manjimup, which will be an interesting factor when the gates drop.

That’s it from me for this week, I’m actually on the plane back to Western Australia as we speak for the fourth round of the Australian Superbike Championship to cover it for CycleOnline.com.au, so here’s Adam Spence with more…

It’s that time of the year already, the mid-season break where riders relax and media folk like myself find ourselves using creative ways to continue to create interesting content for our viewers while the racing schedule is on hold domestically.

As always, here at MotoOnline.com.au we’re not going to sit around and wait for information to come to us, we’ve been calling around and gathering stories this week to keep everyone in the loop.

First up was Jay Wilson of the Crankt Protein Honda Racing team. Wilson underwent surgery to fix that troublesome wrist on Wednesday and I gave him a call on Thursday to see how things went. Fortunately, everything went well for the 2015 MX2 champion and he’s on the road to recovery (click here for the full story).

Unfortunately though, Wilson mentioned this surgery was by far his most painful in his career, doctors opened the wrist to find more damage than they had expected – more damage, more repair work, more pain.

But it’s not like Wilson was complaining, he’s already looking towards Nowra’s sixth round of the championship on 3 July. He’s eager to truly show his potential on the CRF450R before the 2016 season is out and we’re hoping this surgery will allow him to do so.

The more riders we can have up front mixing it up, the better. The 450 class is already exciting enough, so let’s hope Wilson can get up there and add even more to it!

Another mid-season surgery story came from MXD series leader Connor Tierney. The Western Australian had been dealing with a torn meniscus that had been catching and locking his knee up, something that does not sound like fun at all.

Luckily he was able to head in for minor surgery right after Murray Bridge and he expects to return to riding next week. Tierney has been super impressive and consistent in 2016, and from speaking with him over the phone it doesn’t sound like he’ll be slowing down any time soon. 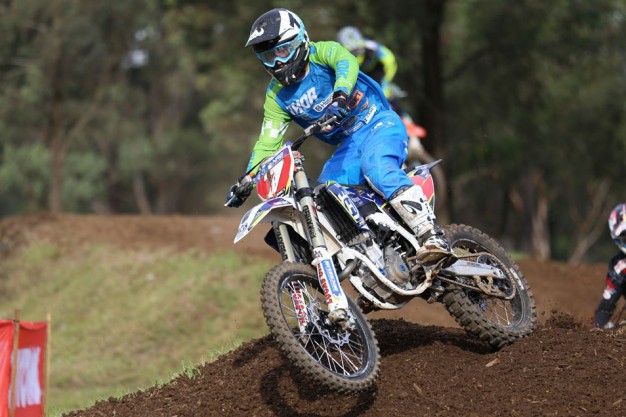 A non-surgery story I also covered this week was Caleb Ward’s move to the premier class for this weekend’s iconic Manjimup 15,000 event in Western Australia.

Ward has previously competed in the class aboard the KTM 350 SX-F at the Mountain Man Motocross event in Toowoomba, but that’s not a sand track. We all know Ward loves the sand, so it will be interesting to see how he fares on the big bike in the sand against the likes of Kirk Gibbs and Todd Waters.

Who knows, Ward could manage to snag himself a moto win this weekend, which would be pretty exciting for the MX2 regular. An interesting point Ward made is that he has in fact been in the MX2 class for three years now.

He elected to skip the MXD category completely and step right in to the deep-end at a young age. At only 18-years-old and he was speaking about the fact that he will need to make the move up in the near future.

This may not mean anything, but could we see Ward take the step to the premier class sooner, rather than later? He clearly enjoys riding the bigger bike as he uses one to practice on regularly and he also stated that he had asked to have the Manjimup 350 SX-F appearance written in to his KTM contract for 2016.

It sure would be great to see Ward up there mixing it up with Australia’s best, but for now, we’re happy to see him in either class!