MotoOnline.com.au highlights three standout performances from the weekend’s final round of the Penrite Australian Supercross Championship at Brisbane Entertainment Centre. Radar isn’t intended to be strictly about the winners, it’s about the unsung racers that we spot punching above their weight on any given race weekend. 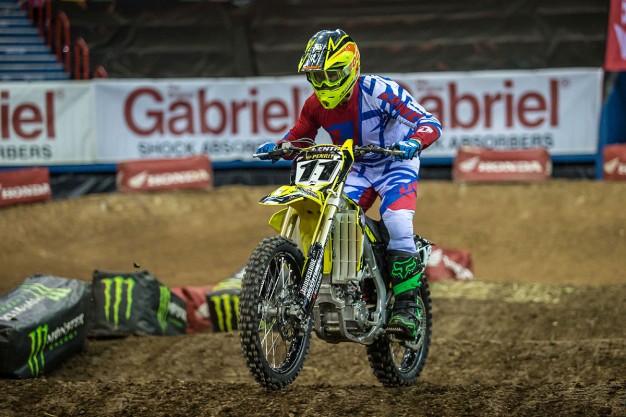 Sam Martin (Suzuki) – SX1, 3rd overall:
After exiting DPH Motorsport Yamaha between the MX Nationals and supercross, Sam Martin pieced together his own program on a privateer Suzuki and delivered with a stunning podium at Brisbane to round out the season. It was Martin’s second-career SX1 podium, but this ride was most impressive after he working his way into position in the tight confines of the Entertainment Centre. Once again, despite limited support, rising star Martin has proven he is a front-running force in supercross. 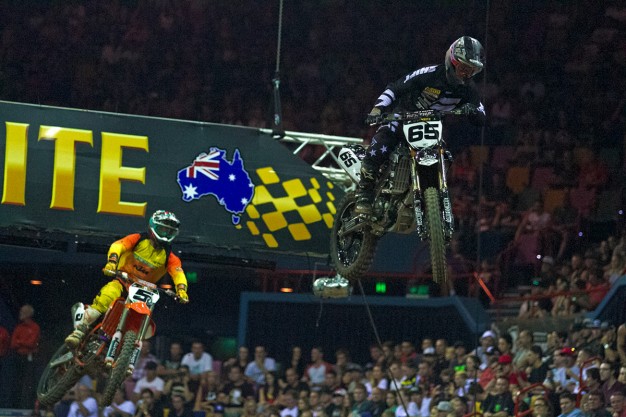 Daniel McCoy (Yamaha) – SX1, 4th overall:
Seeing a rider with the skill and experience of Daniel McCoy finish fourth isn’t a complete surprise, but considering he missed rounds three and four at Phillip Island then switched brands just before Brisbane, he was a real star on Saturday night. His starts were dialled, laps were consistent, and if it weren’t for Martin’s fast finish, we would have seen the 2012 series runner-up back on the podium. Back on his preferred YZ450F and with plenty of experience indoors, McCoy met expectations and even exceeded them in the main. Dylan Long (BBF Motorsport KTM) – SX2, 4th overall:
It’s been tough to see a good kid like Dylan Long struggle with injuries this year, but with a fourth in the Brisbane SX2 final he has received just the boost he needs entering the off-season. Long may have ended the season 15th after missing Bathurst, but don’t discount his skills once he gets some confidence and more seat time on his side again. Plus, he’s stood strong all year long on one of the few private 250Fs in the class.