MotoOnline catches up with GYTR Yamaha MXD rookie to recap the round of his first moto win at Wonthaggi.

GYTR Yamaha’s Joel Dinsdale broke through for his maiden MXD moto win last weekend during Wonthaggi’s third round of the Monster Energy MX Nationals, resulting in third overall for the round.

It was a pivotal result for the highly-touted rookie as he took a lot of confidence from the result, one that is certain to propel him into a strong season ahead.

MotoOnline.com.au called the multiple-time junior national champion to speak about his experience in the nationals to date and to recap his first national podium. 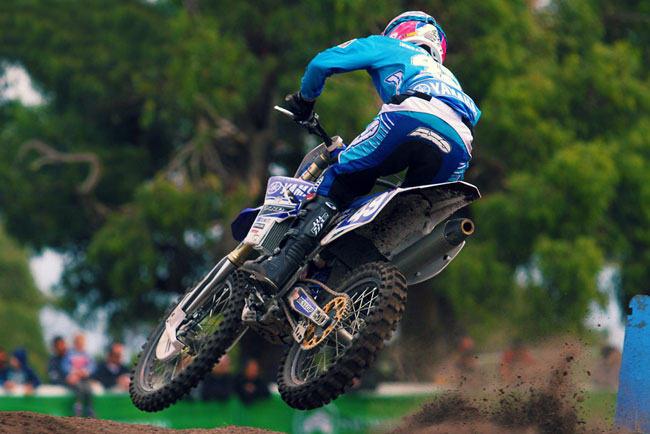 Joel Dinsdale on his way to the moto two victory and third overall at Wonthaggi. Image: Simon Makker/Makkreative.com.

You’ve broken through for your first overall podium in the MXD class and have now gotten that first moto win out of the way. It must have been a satisfying feeling at the end of that second moto?

Yeah, coming from Raymond Terrace it was way better. It was the best feeling, and something I’ve always wanted to accomplish. It’s just good to get that one out of the way, and now I’ve just got to keep going.

It’s your first season in the MXD class this year, how have you found the competition within the national ranks?

There’s lots of fast guys from juniors making the step up to seniors. There’s not only three or four, you’ve got 10 or more of them. You can’t come from the back to the front like you used to, it’s now a completely different ball game. The starts are the biggest key to the class so far.

We’ve seen some new faces up front and on the podium in the first two rounds. Were you familiar with guys like Jack Simpson and Hamish Harwood before the start of this season?

Yeah, I’ve seen them around. I’ve never really raced them, they’ve always been in the older class, or the one above me. I know of them but haven’t actually had the chance to go up against them. It’s good to get on track with those guys. 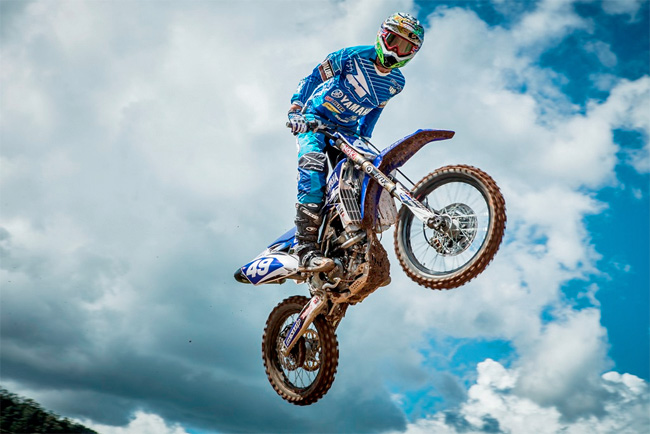 Dinsdale is one of the most exciting young prospects in Australian Motocross. Image: Greg Smith/iKapture.

What was the difference in that second moto at Wonthaggi where you were able to get out the front comfortably and get the job done? Was it just a matter of putting together what you’ve learnt so far?

I’ve really gotten my head together this past week and sorted out a few personal issues I had to. I had Ray Vandenberg give me a few words of wisdom on Friday night – he told me to just believe in myself.

I suppose the first race wasn’t the worst. I didn’t hope for the crash but we still rode pretty well. The second race was all about the start. When I came back from the sighting lap I knew it was go time.

I was sick of second place, I just wanted to show what I could do, open some eyes up. Hopefully we can keep that going.

Within the GYTR Yamaha team, Jay Wilson is the guy that is expected to come out and win the championship. While you don’t have quite that level of pressure on you, is it still a goal of yours that you would like to achieve – to win it as a rookie?

For sure, that’s always the goal. Scott’s [Bishop] never put any pressure on me, no one in the team has put pressure on me. Most of the stuff-ups from round one and that first race at Wonthaggi were self-pressure.

I’ve always had the mindset that if you’re not first, you’re last, so coming in seventh is not real good. Of course I want to win – it’d be good to take it out.