One round remains in the battle for the Monster Energy MX Nationals series, with Coolum hosting the 10th and final round across two action-packed days this weekend on the Sunshine Coast.

Not only will we see the MX1, MX2 and MXD titles play out, but we’ll also see the Veterans back in action, along with the highly anticipated KTM-backed 2 Stroke National.

As always MotoOnline.com.au will be there with a play by play rundown direct from the circuit via Twitter and Facebook, and we’ll no doubt have plenty of images uploaded onto our Instagram account once all is said and done. Just search MotoOnline on all three to find us.

Of course the grunt of our content will be uploaded onto this very website itself, so stay tuned throughout the weekend for the usual, plus a few extras. That said, we already have a Fan Guide uploaded for this weekend (click here to check it out).

You may have noticed last weekend at Moree that we didn’t have the Moto Shows pre- or post-race, but never fear, they’ll be back once again this weekend in a revamped special for the season finale. These shows have been a hit all year thanks to Williams Event Management for allowing us all-access and of course thanks to Kam Williams and Mick Sinclair for joining the fun along the way. 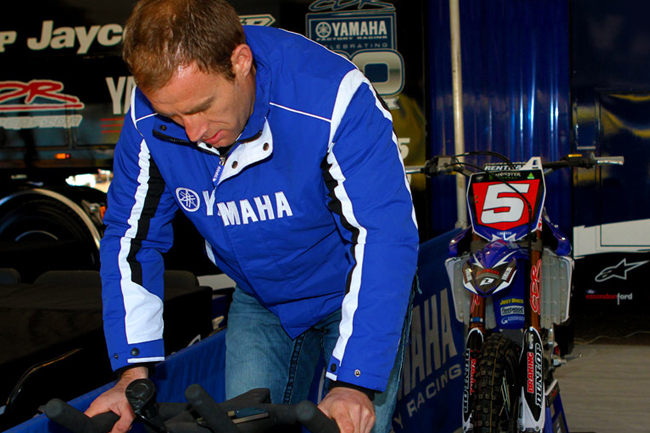 Josh Coppins will lead the MX1 championship into Coolum, can he hold on to take the title? Image: Simon Makker/Makkreative.com.

Last weekend’s penultimate round at Moree was another vital round in the series as expected, with Josh Coppins pulling out and extra two points on Todd Waters in the race for the MX1 championship. The gap now stands at 14 points with three races remaining at Coolum on Sunday.

What that means is that Waters needs to win all three motos, but Coppins can afford to be a little more calculated in his approach (which I doubt he will unless it comes down to the final moto). If he finishes second in all three motos and Waters wins, the Kiwi will still win the title by five points.

If Waters sweeps the day and Coppins finishes with a second and two thirds, he’ll still win the title by one point. But if Coppins scores third or worse in all three motos, Waters will be champion. Its simple math really, and from what we’ve seen all season long, anything can and probably will happen.

Looking back now, considering he’s had eight podiums in nine rounds, Waters must be kicking himself for his 10th place overall at Coonabrabran’s second round. At that round alone he lost 28 points to Coppins, who won the overall. But then again, at Murray Bridge when Waters won and Coppins was sixth, the point swing was 24. 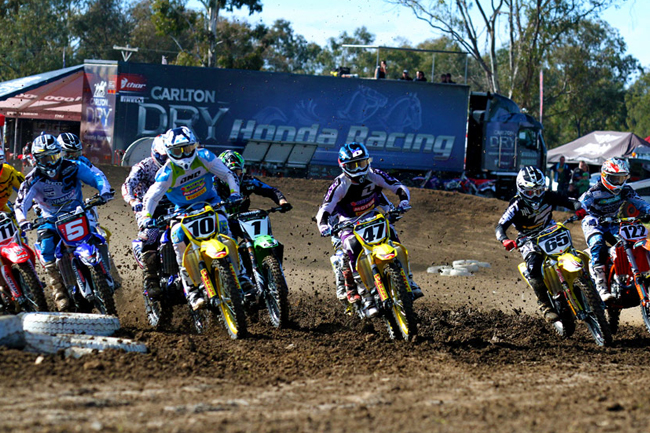 The stage is set for a thrilling MX1 season finale. Image: Simon Makker/Makkreative.com.

When all is said and done, whoever wins this battle will be a deserving champion and the first new MX1 champion since Jay Marmont won his first outdoor title in 2008. For CDR Yamaha it would be their fifth in a row if Coppins wins, or for Motul Pirelli Suzuki it would be their first premier class win since 2005 when Daryl Hurley won.

The MX2 championship was the major talking point at Moree last weekend. Ford Dale won all three motos for Carlton Dry Honda Thor Racing, while Luke Styke had bad luck beyond belief with 7-13-DNF results. That resulted in a 50-point swing, with Dale now entering his home round at Coolum with the red plate and a 21-point lead.

I spoke to Styke this morning and he’s not giving up by any means, and Dale, well we all know that he can ride Coolum with the best of them. What the end result will be, I’m not prepared to predict, but I will say that both deserve 450 seats full time in 2013 judging by their recent form.

Styke secured the MX2 seat in Team Australia’s Motocross of Nations squad, announced yesterday by Motorcycling Australia. He’s definitely a deserving candidate that will do us proud, and I bet MA were glad in a way that Dale is too old for the class in Europe otherwise they would have had a very hard decision on their hands. 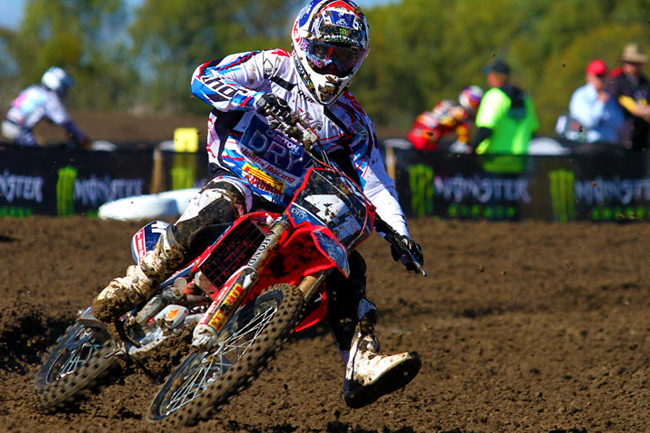 Ford Dale will look to secure his first MX2 title before moving onto the premier MX1 class for 2013. Image: Simon Makker/Makkreative.com.

Waters was the obvious pick on at least one of the 450s once both Chad Reed and Brett Metcalfe were out of the running, and considering he’s in MX3, he has a real chance to shine come Lommel next month. This event could be a real revealing one for the 47 on the world stage.

Lawson Bopping was the final rider selected for the team, only confirmed on Sunday after news broke that original MX1 favourite Michael Byrne was injured in the US. Boppo will benefit from having his entire CDR Yamaha team there, as well as current teammate and New Zealand representative Josh Coppins.

Coppins used to live right near Lommel in Belgium and has already discussed the track with Bopping. When you consider his current form despite retiring after the MXoN, Coppins could be another to really make his mark on the event this year thanks to his European experience.

I’m interested to see how these guys go and in speaking to them today, no doubt are they proud to be representing Australia in such a prestigious event. It’s only now that their experience at Wanneroo earlier this year will begin to really pay off! 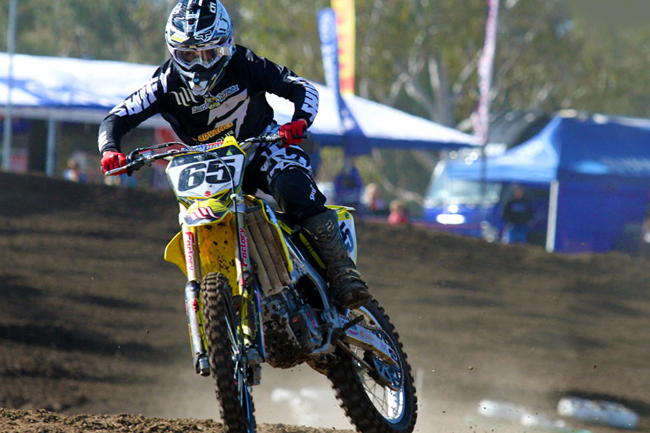 Dan McCoy has been linked to a possible CDR Yamaha deal for the supercross season, stay tuned. Image: Simon Makker/Makkreative.com.

The only real downfall of the MXoN for the Aussies is that supercross starts just a couple of weeks after the event. We all know how vital preparation for that series is, so no doubt will Yamaha and Suzuki have plans in place to try and ensure Bopping, Styke and Waters will be ready.

One rider that will benefit from all of this is Monster Energy Kawasaki’s Jay Marmont. He is a proven supercross rider and dominated the series in 2011, desperate to bounce back from a horror outdoor season that he’s experienced to date. With his track ready, the 2013 KX450F already being built and time on his side, Marmont will be seeking redemption.

Speaking of supercross, with Coppins’ retirement from the sport looming and him being on a motocross-only contract, CDR Yamaha is believed to be close to a deal with Daniel McCoy. It’s a wise pick by Craig Dack and co, because if you cast your mind back to one year ago, McCoy won a round and held the red plate at Campbelltown. In the end, he finished the series third.

Neither Dack or McCoy confirmed the rumours as they escalated around Moree last weekend, but this one’s very likely according to sources linked closely within the Yamaha camp. The only hiccup from what we can make out would be McCoy’s current deal with Hart and Huntington on a Suzuki… watch this space.

Anyhow, that’s all for another week here in the MotoInsider, thanks for stopping by.