MotoOnline.com.au has the ultimate guide to Coolum's tenth and final round of the MXN series.

The final round of the 2012 Monster Energy MX Nationals will descend upon Coolum on the Sunshine Coast this weekend for two days of bar-to-bar championship battles.

CDR Yamaha’s Josh Coppins continues to lead Motul Pirelli Suzuki’s Todd Waters in the premier MX1 class. Coppins leads the young Queenslander by 14 points heading into round 10, setting the stage for a thrilling end to the series.

The big story in the MX2 class is Ford Dale’s recent rise to the top of the standings. The Carlton Dry Honda Thor Racing rider has been on a roll of late, and took advantage of Luke Styke’s unfortunate turn of events at round eight in Moree.

Styke kept his Serco Yamaha Metal Mulisha Racing entry at the top of the MX2 leaderboard almost all-year, until a forgetful round saw his 31-point lead quickly turn into a 21-point deficit. Expect Styke to be fired up this weekend in Coolum as he fights Dale for the number one plate.

Behind the leading duo of Dale and Styke is JDR Motorsports’ Josh Cachia. Cachia has the speed, skill and endurance to easily take round wins, as he has shown earlier this season. Don’t count out a final round charge from the charismatic Victorian.

In the MXD class a fresh contender in Luke Clout has emerged after a long stint training and racing in America. Clout took his MX Factory entry to a three moto sweep at Moree, keep an eye out for the young talent to be up front again at Coolum.

Though Clout has no chance of title hopes, he may become a factor in the title battle between KTM pilots Kayne Lamont and Dylan Long.

Lamont holds a 32-point lead over the Choice Motorsports mounted Long, a comfortable gap for the young Kiwi. But as always, anything can happen in racing.

Behind Lamont and Long, fresh Axis Motorsports’ recruit Dylan Leary holds down a solid third place position heading into the final round of action.

MotoOnline.com.au will compile an official pre-race Fan Guide ahead of every round in 2012. 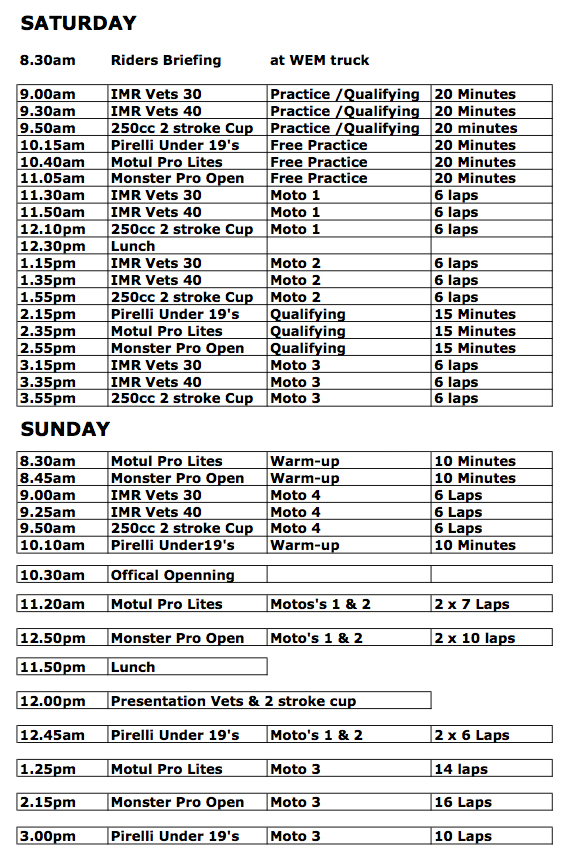