Teenager on a breakout 2022 and upcoming grand prix debut.

Yamalube Yamaha Racing’s Charli Cannon has been a revelation in the 2022 Penrite ProMX Championship, dominating the WMX class and then impressing with a convincing performance in MX2 at Coffs Harbour. Now, the Sunshine Coast-based rookie has an opportunity to test herself against the world’s best when she lines up for the final round of the Women’s Motocross World Championship in Turkey next month. MotoOnline caught up with the 17-year-old to get her Fast Thoughts on a variety of subjects. 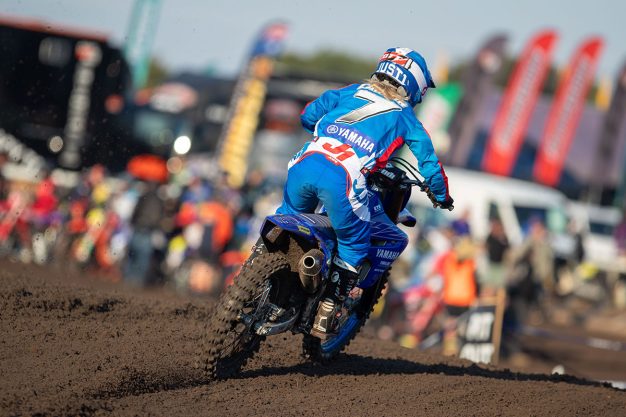 Riding for Yamalube Yamaha Racing in 2022…

It’s been amazing having the Yamalube Yamaha team in my corner this year. They’ve gone above and beyond and the support they’ve provided has been equal to what they’ve given the guy riders on the team. Having that support and knowing the bike is 110 percent every single ride makes me more confident coming into races. They really value my feedback too and they ask questions and want to make sure I’m happy with the bike. There’s also the mental side of things, which I didn’t realise was so important until I stepped up to seniors this year. The support the team has given me in that space is second to none and I’m extremely grateful for everything they’ve done for me.

Racing the MX2 field at two rounds of the ProMX…

After doing well at the first two rounds of the WMX, I decided to jump up to the MX2 class for the Maitland and Coffs Harbour rounds to get a feel for the longer motos and higher intensity racing. Maitland was really about just feeling out the class and I was too hesitant and stand-offish, which meant I was way down the pack in the first turn. It was a really hard track to pass on, so I finished outside the top 20 in both races. At Coffs I knew what to expect and I knew I could hold my own and race hard. I got a good jump off the gate in the first moto, inside the top 10, and those guys pulled me along. I finished 13th and I was really stoked with that. In the second moto I got a good start and managed to make up a few positions toward the end of the race to finish the day in 14th overall. Racing those two rounds was awesome, but I’ll watch QMP from the sidelines as it’s only a week out from Coolum and the final round of the WMX – we don’t want to take any unnecessary risks with those two rounds being so close together. Coolum is my home track and I’m very familiar with it – I train there every Tuesday and that preparation is making me more confident and ready to bring home the WMX title.

The state of women’s motocross in Australia…

I feel like Motorcycling Australia (MA) is doing their best to promote and push the WMX a bit more, which is great to see, but it’s hard when we don’t see many women entering the races. I’m not sure if they feel intimidated or the costs of racing are putting them off, but I know there are lots of women out there riding dirt bikes and some of them are pretty quick. MA is definitely trying to promote us, but we need more women to enter, race and compete, so that we continue to receive good support and can hopefully get more rounds and exposure in the future. 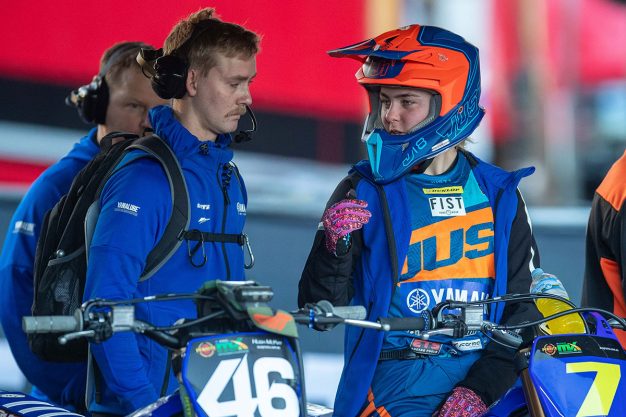 The Yamalube Yamaha team knew my goal was to do a GP and I think my performance at the first two rounds at Wonthaggi and Gillman opened their eyes to the need to send me overseas. Scott Bishop has lots of contacts, really championed the idea and arranged for me to race the final round of the WMXGP at Turkey for JK Racing, which is an Italian Yamaha team. JK is really happy to have me on-board and I’m excited for the opportunity. The only international experience I’ve had was racing the Woodville Grand Prix in New Zealand in 2020, so I’m very excited to head overseas and race the best in the world.

I’m definitely not setting any expectations for myself, although it’d be a dream to get a good result. I’m going for the experience, to enjoy it and learn as much as I possibly can. Courtney Duncan is the only female rider I’ve really looked up to and I want to see first-hand what her pace is like, how the women train and prepare for the GPs, their pace over the first few laps and things like that. It’s going to be a short trip, though – I fly in Wednesday night, Thursday and Friday we’ll set up my bike and hopefully get in a test-ride, race Saturday and Sunday, then fly back on Tuesday. My ultimate goal is to one day win a world championship and that’s what I’m training for now. There are a lot of quick girls out there, so I’ll keep putting in the hard work and see where it takes me.