Where the champions were crowned in the 2021 ProMX series.

It was one year ago when the Maitland stop of Penrite ProMX would ultimately determine who would be crowned 2021 champions just three rounds into the season, with racing put on pause and – eventually – being unable to resume altogether. Rewind looks back at that unexpected decider as this year’s series gets set to enter its second half at the same venue this Sunday.

Leading into round three last year, Wonthaggi winner Regan Duffy (KTM Racing Team) led the way in MX1 by seven points ahead of 2019 champion Todd Waters (Husqvarna Racing Team), while Canberra winner Luke Clout (CDR Yamaha Monster Energy Yamaha) had momentum on his side, but sat fourth in the standings going in.

Clout went on to win two of the three premier class races at Maitland, with the afternoon’s sprint scores combined to make up ‘moto two’ and crediting Clout with perfect points for the weekend. He topped the podium ahead of Kirk Gibbs (KTM Racing Team) and Waters, while Duffy went 4-5 for fourth overall.

That 16-point swing enabled Clout to leap all the way up the championship ladder to hold the red plate over Duffy by three points, which would be enough to see him crowned in mid-October when Motorcycling Australia (MA) finally conceded that the series couldn’t be completed due to the covid-19 pandemic and associated border closures. 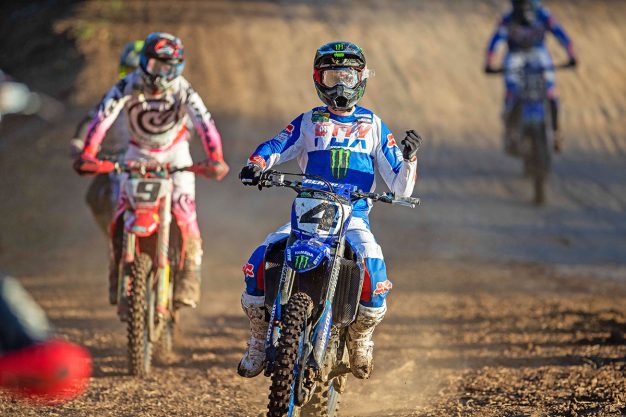 Because of the situation, rather than being able to celebrate his maiden MX1 title with Craig Dack and the entire CDR organisation, Clout was quietly crowned at home while in lockdown and that made for a strange sense of achievement. Still, he was satisfied to be the champion despite registering a DNF in moto two at Wonthaggi’s opener.

“I think regardless, it was kind of the way the championship looked like it was going to go anyways, I felt really confident this year and felt really strong all year. Really stoked to get it done, I would have liked to be able to race the full series, but yeah, looking forward to getting back to more normal times and getting back to racing next year.”

“It’s really weird, winning the championship at home. I celebrated a little bit with my family and friends, but it’s a different time to where you win it after a race and are able to celebrate it with your team and whatnot. The plan for us is to go down to the team when the borders open and have a bit of a celebration with them.” 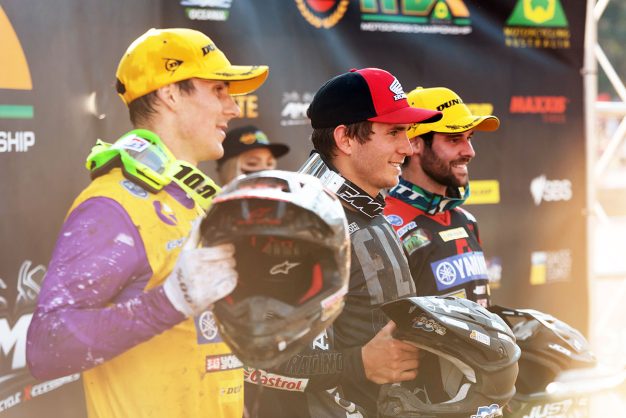 As for MX2, the championship was never in doubt for Honda Racing rider Kyle Webster, who dominated at both Wonthaggi and Canberra, then went 1-4 for another overall victory at Maitland to hold a commanding 34-point advantage at that stage over Jesse Dobson (Serco Yamaha). In the end, that’s how it would stay and how he would conclude his 250 career before stepping up to MX1 for 2022.

“It’s definitely strange, it’s not really how I’d imagine I’d win my first one,” Webster recalled. “I’m really stoked, I honestly just wish we could have kept on racing, that’s what we train hard to do and it sucks, but I’m glad we managed to get three rounds out and actually get a championship. I am really happy it just feels a little bit strange!

“I’m glad I put in so much effort last year and at the start of this year and at least get something back. A highlight for the year I would have to say Wonthaggi, in the past years I’ve had a lot of bad luck there and whatnot and at the first round this year I was really looking forward to hopefully turning that around. It was the first time I had ever gone 1-1 on the day.”

While the pro-level categories took much of the attention, we also saw the first MX3 champion – formerly MXD under a different structure – crowned in Blake Fox, the GasGas rider who won Canberra and Maitland before going on to secure a factory MX2 contract for this year. He won the championship ahead of Wonthaggi winner Ryder Kingsford (Yamaha) and Kayden Minear (KTM).