Key points to be aware of at the halfway point of the 2022 season.

It’s officially the halfway point in the 2022 Penrite ProMX Championship and there are plenty of storylines unfolding. As we head towards the remaining four rounds in the series, here are our Top 10 topics to follow. 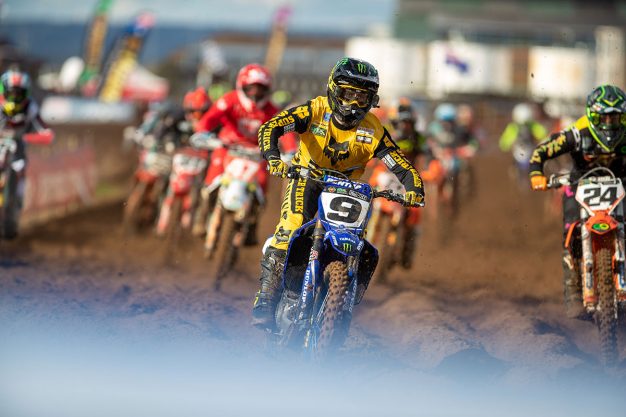 1. Tanti targets first-ever national title:
CDR Yamaha Monster Energy’s new MX1 rider Aaron Tanti has been in impressive form this year, featuring on six of the eight race podiums and carrying a not-yet-comfortable 12-point lead into the second half of the series. Tanti’s pre-season form had been encouraging, but even Craig Dack must be ecstatic at his rider’s ability to jump to the front of the pack and post consistent results against a talent-packed group of front-runners. Tanti will fancy his chances of another strong result when the series heads to Maitland for round five on 26 June since it’s a circuit he’s very familiar with, but he’s still going to need to continue bringing his A-game every race if he wants to lift his first-ever national title in August.

2. Dominance of Todd continues:
North Queenslander Wilson Todd has been operating on another level from the rest of the field in the MX2 class and, courtesy of seven wins from eight motos, he’s carrying a very comfortable 61-point lead over his closest rival, Alex Larwood (Yamalube Yamaha Racing). Curiously, though, the Terrafirma Equipment Sales Honda Racing rider has admitted to struggling with confidence and has said that he’s wanting more than to simply win races – he wants to dominate all aspects of race day. Gillman saw him seemingly find another gear as he strode to 15 and 21-second leads, setting an ominous tone for the rest of the MX2 pack that is now being forced to focus on clinching the minor podium placings.

3. Ferris returns to form:
After a short retirement, Honda Racing’s Dean Ferris has made an impressive comeback to the sport he loves. The three-time Australian MX1 champion started the year with a disappointing P13 at the opening round at Wonthaggi, but after rebounding to win a race at Mackay, he surged back into title contention with a clean-sweep victory at Wodonga. A more difficult day at Gillman saw him finish fourth overall and lose some ground in the MX1 points chase, but Ferris is no stranger to challenges and adversity. He knows exactly what he’s capable of and should continue to get stronger as the series heads north.

4. The battle of Yamahas in MX2:
While Todd clears out at the front of the MX2 class, there’s a noteworthy battle brewing behind him, with four Yamaha riders rolling up their sleeves in a bid for the last two steps of the podium. Larwood currently holds the slightest of margins – one point – over his Yamalube Yamaha Racing team-mate Rhys Budd, after Larwood’s chain snapped in the second moto at his home round of Gillman. Serco Yamaha’s Bailey Malkiewicz currently sits fourth, but holds the honour of being the only rider to stop Todd from gaining a clean win sheet, with an impressive showing at Wodonga. Unfortunately, his title aspirations took a major hit when he crashed hard during the first race at Gillman and was unable to score any points with a MCL injury. MX2 rookie Ryder Kingsford (WBR Yamaha) is one point further adrift in fifth.

5. Crawford’s anticipated return:
Widely tipped to be a genuine challenger to Todd this year, Nathan Crawford’s 2022 campaign ground to a halt before he could even fire a shot. The new KTM Racing Team recruit broke his femur during a practice crash just days before the ProMX season opener at Wonthaggi and has been busy with rehab ever since. Crawford is scheduled to return to the starting gate at Maitland and will be desperate to make up for lost time. Although the MX2 title is out of reach, he has nothing to lose and plenty to gain by throwing everything at the remaining four rounds of the championship, potentially stealing some of Todd’s thunder in the process. 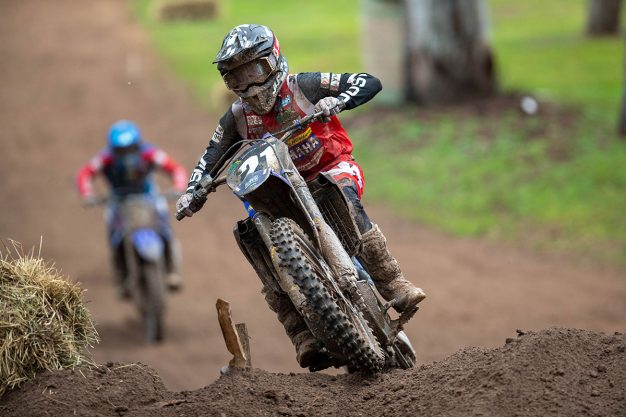 6. Consistent Waters in contention:
Former champion Todd Waters knows how to play the long-game and has become one of the most consistently fast racers in the country. He might not have won any races yet this year – and that’s something that would be frustrating him greatly – but he hasn’t placed outside of the top five and has featured on the podium at every round except Gillman, where he finished a disappointing fifth overall on countback. The Husqvarna Racing Team rider had a goal of finishing on the dais at all eight rounds in order to reclaim the trophy and falling short of his own high standards could spell trouble for his rivals as we enter the second half of the series

7. The reinvention of Metcalfe:
Despite missing out on a factory team seat for 2022, South Australian legend Brett Metcalfe is arguably in some of the best form of his Australian motocross career. Racing for his own GO24 team on a KTM, Metcalfe has steadily improved over the opening half of the ProMX Championship, culminating with an impressive race win and hard-fought second overall (tied with Tanti on countback) at his home round of Gillman. Metty is looking relaxed, comfortable and is enjoying his racing, and that’s certainly translating into solid results on the track. With 50 percent of the series in the books, the 38-year-old is third in the MX1 championship, just 14 points outside of the lead.

8. MX2 rookies find their feet:
Like every year, there are a number of fresh faces in the MX2 class for 2022 and WBR Bulk Nutrients Yamaha’s Ryder Kingsford has quickly come to terms with the pace and speed of the highly-competitive class. The 17-year-old put in a breakout performance at Wodonga were he finished second to Malkiewicz in the opening race and featured on the podium at the end of the day, behind Malkiewicz and Todd. He then backed it up at Gillman with another podium result, courtesy of a 5-4 result in an unpredictable day of racing. Kingsford is now fifth in the MX2 standings. Meanwhile, GasGas Racing Team’s Blake Fox has struggled to score a good start and has regularly had to come through the pack, but a ninth overall at Gillman could be the catalyst he needs to turn his season around. He’s 13th overall as we head into the second half.

9. Time is now for Dobson and Wills:
Tipped by some to be MX2 championship contenders this year, the experienced duo of Jesse Dobson (Serco Yamaha) and Dylan Wills (Husqvarna Racing Team) have had a rocky start to 2022. They’ve both shown plenty of pace and flashes of promise, but putting all the pieces together has been troublesome. Wills is currently sixth in the points-chase, while Dobson is further back in eighth and the best part of 80 points off the championship lead. With pride, team seats and future opportunities on the line, both racers are running out of chances to turn their seasons around and put themselves back in the picture. The next four rounds are going to be crucial for both of them.

10. MX3 battle tightens up:
The MX3 class is throwing up some great racing this year, as KTM Junior Racing Team rider Kayden Minear and Honda Racing’s Cambell Williams consistently trade mixed fortunes and round victories. As we head into the second half of the championship, there’s just one point separating the two youngsters. They’ve both won a round apiece (Williams at Wonthaggi and Wodonga, Minear at Mackay and Gillman), setting the scene for a fascinating battle that might not be settled until the final chequered flag falls at Coolum.