Assorted racer comments following the fourth round of the season.

In Quotebook, a selection of riders detail how their races played out in the fourth round of the 2022 Penrite ProMX Championship in Gillman. 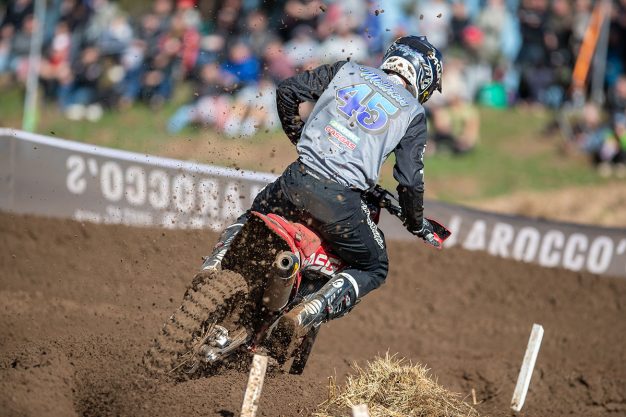 Todd Waters (Husqvarna Racing Team) – Fifth:
Starting the day we felt pretty good with everything, P4 in superpole and then in moto one I got off to a bad start and made my way through to behind [Dean] Ferris. My speed was good, but I just couldn’t make the passes. In the last race, it was the opposite as I got off to a better start in fourth then Gibbsy [Kirk Gibbs] came by and I didn’t charge – it wasn’t moto I had hoped for. Overall, we come away with not the best result, but that makes us hungry to step things up for the next one.

Dean Ferris (Honda Racing) – Fourth:
I will take fourth this weekend as it was touch and go as to whether I was going to race. I had two big crashes last week, one of them was on Friday and I was really struggling. The bike and team are working great, and we will rebound between now and round five Maitland.

Hayden Mellross (GasGas Racing Team) – Sixth:
I thought today went well. Obviously I had much higher goals than where we ended up, but that is part of racing sometimes. I had really good speed today, that was the first time in a long time that I was contending and trying to pass. The starts still let me down, which I will continue to work hard at over the next four weeks to improve, but we are there – the speed is there and the fitness is there, we just need to get upfront with these guys from the start. If we can get a good start at Maitland, I’m more than confident that we will be able to get the results that we want.

Aaron Tanti (CDR Yamaha Monster Energy) – First:
I’m so pumped to get this win. It’s been a long time coming and to get my first race win, my first-round win and my first red plate in the MX1 class makes it so special for me and the team. And it was a fight all day. I don’t think I did a lap in racing today that wasn’t under pressure, and it was every lap of every moto. Both Brett [Metcalfe] and Kirk [Gibbs] were on me, and I knew I just had to stay focused, keep fighting and not let up for a second or they would have gone straight passed me. It’s an awesome day and I’m so happy to get this goal ticked off. Thank you to everyone at the CDR Yamaha Monster Energy Team, we have all put in a lot of work since round three and it showed up today. The entire team came up to Queensland a couple of weeks ago and then supported me at a local race in Maitland, so to be able to achieve this today is a reward for everyone’s effort.

Kirk Gibbs (KTM Racing Team) – Third:
It was really good today, I was consistent and third across the board. I’m happy with the way I rode, starts let me down a little bit, but all in all it’s my first podium for the year and hopefully keep building from here. A lot of people have been working really hard behind the scenes, so hopefully we can do a little bit more again before Maitland and only get better.

Jayden Rykers (Empire Kawasaki) – Seventh:
The weekend was pretty average, qualifying was a little bit better, my times were closer. First moto was a terrible start, able to get back to seventh. Second moto was better, just tough not having ridden lately to that intensity. 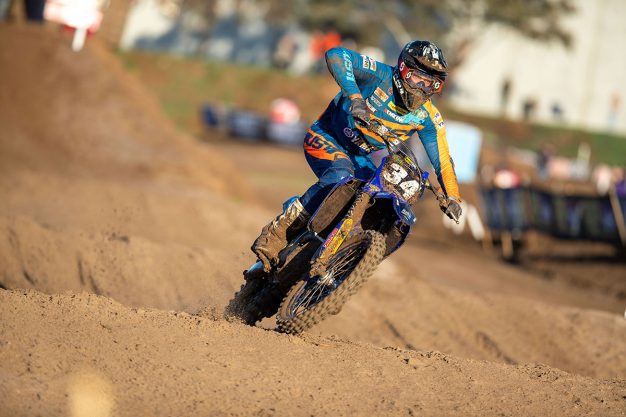 Haruki Yokoyama (Empire Kawasaki) – Sixth:
Both motos went well with the holeshots. Riding up front with the guys was cool, my sprint speed was okay but my fitness is what I need to work on.

Jai Constantinou (Empire Kawasaki) – 18th:
Bit of a tough day racing wise, an issue in the first moto, then a first lap crash in the last one. It’s been a tough start to the season, but we’ve got a month now to put together some good training and turn the season around.

Wilson Todd (Terrafirma Honda Racing) – First:
I was disappointed from the previous round, after crashing and disrupting our perfect streak I was determined to turn things around. Taking both race wins and increasing our points lead made for a great weekend. Was also great to see Honda go 1-2 in the 250 class in America with the Lawrence’s. The bike is really that good.

Dylan Wills (Husqvarna Racing Team) – Eighth:
It was a tough day. It’s no secret that I am struggling a little bit at the moment, it’s just something I will have to bounce back from. I love this sport and I love racing for the Husqvarna Racing Team, so while it is hard mentally to come back from, I’m going to get back to work and change some things and try some different stuff. We will go back to the drawing board, work out it and then go out and get what I deserve.

Alex Larwood (Yamalube Yamaha Racing) –
That was a disappointing way to end the day. Not exactly sure what happened, but as I was going through the rollers, the bike lost drive and when I rolled to a stop, I could see the chain had come off, so that was race over. There isn’t much we can do about it and the guys are all gutted, so we will just have to rebound strongly at the next round and get things back on track.

Rhys Budd (Yamalube Yamaha Racing) – Second:
It’s been a hard start to the season for me and not getting on the podium was becoming a real obstacle. At rounds two and three I had a good first moto and was well placed to finish on the podium but I would struggle in race two and just miss out. But I needed to overcome it and just get it done and I was able to do that today after a lot of work and soul searching over recent times, so it’s a bit overwhelming at the moment. Thanks to my team, my family and partner for their support and working with me and hopefully now I got the first one out of the way, they will begin to flow a lot easier from now on,

Ryder Kingsford (WBR Yamaha) – Third:
I had no idea what the overall would be for the day, so I’m pretty surprised to end up on the podium. There was a lot going on out there in both races with riders going down, penalty, bike issues so it was really mixed up and it wasn’t until the very end that I knew I finished third. The track was awesome today and the club did an amazing job to prepare the track and the venue. The WBR Yamaha team also worked their butts off and its so good that we can have fun at the track but also get good results.

Levi Rogers (WBR Yamaha) – 12th:
I’m disappointed with today and think I can do much better than my results show so I’m determined to get back to where I belong. My speed has come back quickly from my injury, but still need more fitness and to be able to stay focused in the race to reduce my mistakes. We have another month before the next round, so I will keep working at it and be in a better place by the time we get to Maitland.

Blake Fox (GasGas Racing Team) – Ninth:
Today was a lot better, for sure. I finally got a good start in the first race and ran in the top five for a while, which was a great experience for me. Towards the end of the race I held my breath a bit and got some arm pump, which caused me to go backwards, but I was still happy to achieve my first top 10 result in the MX2 class. I got a terrible start in the second race – I was in 20th or so – but I was able to grind my way back up to eighth. Considering the bad start, I felt like that was a much better moto for me. I didn’t think so much about how I rode and felt like I had a good flow as I picked people off one at a time. Every weekend I feel like I’m getting a bit better and if we can move forward a couple more positions at Maitland, we’ll be making good progress.