CDR Yamaha Monster Energy’s Aaron Tanti scored a breakthrough MX1 overall victory at the fourth round of the 2022 Penrite ProMX Championship at Gillman to take control of the red plate, as Honda Racing’s Wilson Todd dominated MX2 with two commanding race wins to extend his points lead. MotoOnline caught up with both riders after the races for this Debrief interview. 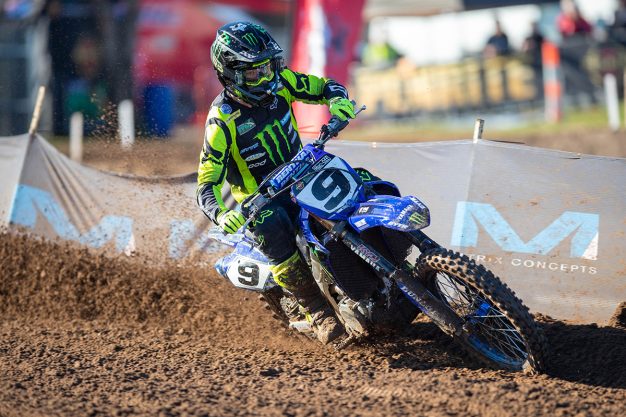 Congratulations on the overall. How does it feel to be able to get the job done and get the monkey off the back in MX1 now?

I’m over the moon! I’ve been working really hard this year and have a lot of good backing behind me with a pretty solid program. It’s awesome that I can finally show it in my results, not that my results have been bad this year but it’s just really good to knock that first win on the head.

You hear the stereotypes about carrying the red plate, added pressure etc. I guess for everyone that weighs on them differently, but for you personally, how does it impact your approach to Maitland?

Nothing has really changed, in all honesty grabbing the red plate at this point in the championship, it was probably something we were aiming to do going into the second half of the series. I’ve got a few good rounds coming up that I perform really well at, including Maitland, so I’m not going to do anything different. The aim is to go out and post consistent top three results in every moto and take the wins where I can and hopefully go into the last round with the red plate and in the fight for the championship.

As you said, you’ve been quite consistent throughout the year. Was there anything specifically that allowed you to take that next step in moto two at Gillman to secure the victory?

The team and I over the few weeks between Albury and Gillman, we got together a handful of times and worked with my trainers back home. We picked on a few of my little weaknesses and worked really hard trying to get on top of them. We really hit the nail on the head on the weekend, I had a stellar day, I qualified first in superpole, P2 in moto one and then won the last race. It’s kind of just those little one-percenters that we have been trying to tick off, week in, week out. I still have plenty of things that I have to work on and when I do finally nail them I feel like the improvement will be massive as well.

Now that we are at the halfway point of the season, how would you rate your performance where you are now, compared to your expectations of where you thought you would be at this point at the start of the year?

I’m going to have to give myself a solid A [laughs]. My worst result being a sixth place and I’ve finished in a podium position seven out of the nine races now. In those sort of terms I feel like I have done a stellar job. Super stoked, obviously going into round one that wasn’t my expectation, but it all changed and shifted after Wonthaggi. 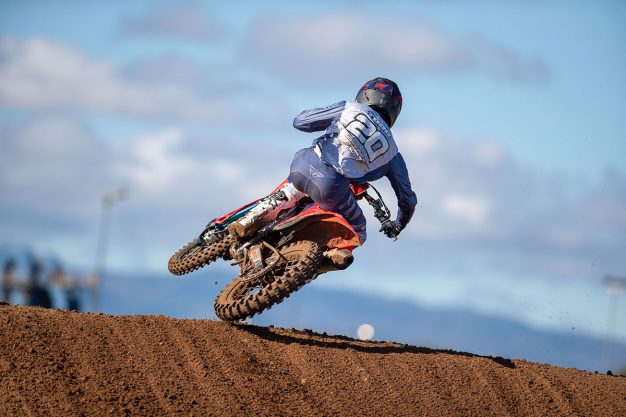 How important was it for you to return to the top step, overall, after Wodonga? You’ve won every race but one this season, but it looked like you were on a mission and put the hammer down in both races.

I haven’t been real happy with myself so far this year. The results have obviously been good, but I haven’t been what I can be. These past four weeks I’ve been getting down, doing a bit of training, getting some bike time and mentally coming around, being less nervous – it all comes together to ride a bit better. I was a lot more happy and more comfortable on the weekend. I also wanted to put in some good laps and show that I can stretch the lead out, but I still think I’ve got a bit more and we will keep working.

In the second moto it was one of the first times this year you’ve been back in the field after the start. Did you enjoy the challenge of having to come through as opposed to riding at or towards the front from the onset?

Yeah, I got a pretty bad start, I just wheelied down that start straight and had to back it off, so I was shuffled back. I didn’t panic or anything, I was just enjoying and flowing with the track, so I did have a bit of fun making my way through the field. I could switch up the lines. Once I got out front I just felt good, and was able to put in some good laps and pull out that lead.

Gillman was definitely a big improvement, mainly with comfort and fitness. I felt comfortable the whole race, and my fitness didn’t let me down at all. However, I still think I can push that extra 10 percent, and if I keep working the way I am going then I can find that extra 10 percent. I want to try and bring the intensity that I had last year [in the MX2 World Championship], I would like to bring it here. But the way we are going, I think we are pretty good.

Now that we are at the halfway point of 2022 ProMX, is there any indication, or anything that you can provide as to what you would be doing in the back end of this year, and even next season. I know there’s speculation about a potential World Supercross Championship (WSX) entry, is there any light you can shine on that?

No, it’s all just chit-chat for me at the moment, there’s nothing solid. Either way, I think I will be with Yarrive [Konsky] and Honda, but as far as I can tell all of my plans stretch until Coolum [final round of 2022 ProMX]. Supercross is up in the air, this, that, it’s all speculation at the moment.