Three in a row for Gajser with Maggiora MXGP win 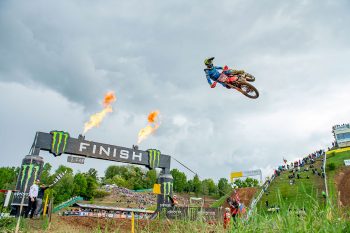 Team HRC’s Tim Gajser won his third MXGP overall in succession with a clean sweep at Maggiora to increase his points advantage, as MX2 leader Jago Geerts extended his margin at the front by winning round seven of the 2022 championship.

Calvin Vlaanderen led laps in the opening moto to ultimately cross the line fourth, before finishing seventh in moto two to land P4 for the round ahead of Ruben Fernandez (Honda), who was fifth courtesy of 6-5 results.

Australian Mitch Evans was P9 at Italy, the Team HRC rider showing great pace in each moto, however, was limited to a 13-6 scorecard after poor starts left him with positions to recover.

Looking at the MXGP World Championship standings, Gajser leads on 336 points ahead of Renaux with 255 and Seewer on 231. Notably, Jorge Prado (Red GasGas Factory Racing) joined the growing list of front running contenders who are currently sidelined, the Spaniard did not compete at Maggiora following a practice crash a week before the event. 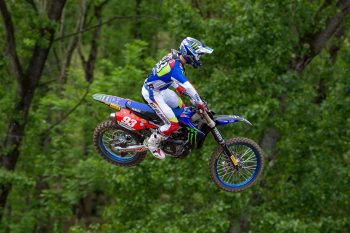 Geerts took the MX2 overall victory at round seven with consistent, fast 1-2 performances, the Monster Energy Yamaha MX2 rider the only one in the category to a podium in both motos at Maggiora.

Red Bull KTM Factory Racing’s Tom Vialle was P2 overall. After being taken down in the early stages of moto one, he finished fifth, before bouncing back to take the win in the second race.

After entering the round tied on points with Vialle, Geerts now leads the Spaniard by six, as Laegenfelder sits 75 back from the MX2 red plate in third. Round eight of the MXGP World Championship takes place this weekend at Riola Sardo. 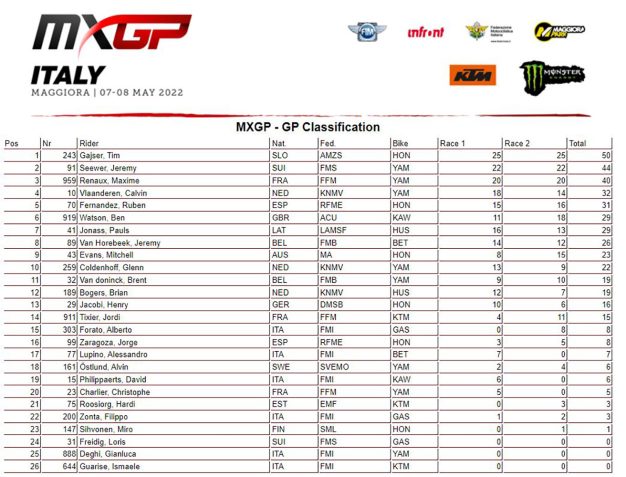