Ever-dominant Gardiner makes it six in the Women's category at Erica. ShopYamaha’s Kyron Bacon has claimed outright honours in the 2022 Prestige Iveco Australian Four Day Enduro (A4DE) in Erica, VIC, winning the E1 class as Josh Green was the E2 winner, Tom Mason in E3 and Jess Gardiner made it six in the Women’s.

The final moto was clinched by Bacon in E1, Todd Waters (Husqvarna) in E2, Andrew Wilksch (Simford Racing Husqvarna) in E3 and also Gardiner to cap-off a dominant performance.

In E2, Green was able to hold on despite a share of late pressure from Waters, who took home an impressive second place result overall, while Beta’s Fraser Higlett finished in P3.

After years away from racing, Mason rode his GasGas to the E3 title, while even with a penalty, Wilksch claimed second for the week and KTM-backed Stefan Granquist rode to the final step on the podium.

Gardiner took home her sixth A4DE Women’s title on Saturday, joined on the podium by Emelie Karlsson (KTM) and Ebony Nielsen (KTM) after she took third overall in what was her first-career four-day.

Additional winners for the 2022 A4DE included Darren Lloyd in the Veteran’s category, along with Jason Salopayers in the Masters division. Next year’s event will travel to Harvey in Western Australia. 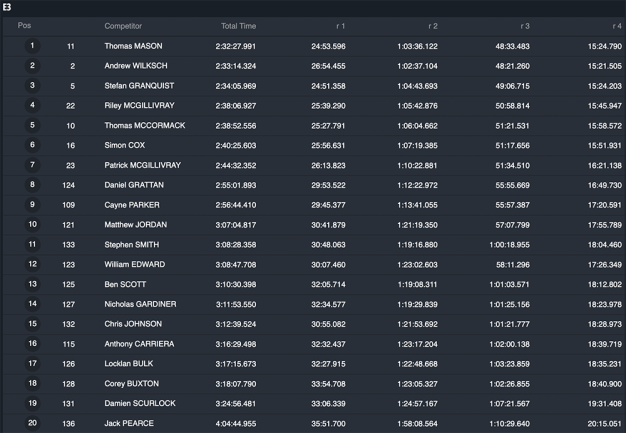