Heavy rainfall made the conditions challenging at Erica, with Bacon extending his E1 advantage to 2m44s over Korey McMahon (GasGas), as Cooper Sheidow (KTM) sits third another nine seconds adrift, the duo rising to the top three overall in the category after podium results on day two.

Green took further control in E2, as the leading trio from day one which included Todd Waters (Husqvarna) in second and Fraser Higlett (Beta) third, repeating their placings on the second day. As a result, Green now leads the category by 1m22s ahead of Waters, with Higlett a further 18 seconds behind.

Recovering from a penalty on the opening day of competition that saw him regulated from the E3 lead, Wilksch stormed to the front of the class as he delivered a commanding day two. Thomas Mason (GasGas) was second in the category for the day, and trails class leader Wilksch by just over a minute in the overall classification.

Day one E3 leader Stefan Granquist (KTM) was third on the second day of 2022 A4DE competition, regulating him to third in the overall classification, 1m7s behind Mason.

Jessica Gardiner (Yamaha JGR Ballard’s Off-Road), Darren Lloyd and Jason Salopayers were fastest again on day two in Womens, Veterans, and Masters, extending their advantages at the front of each category. 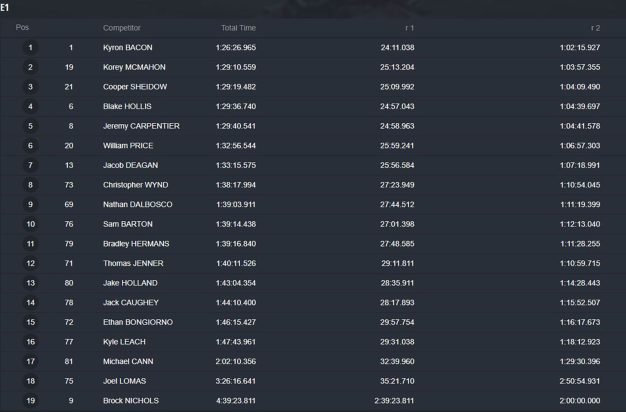 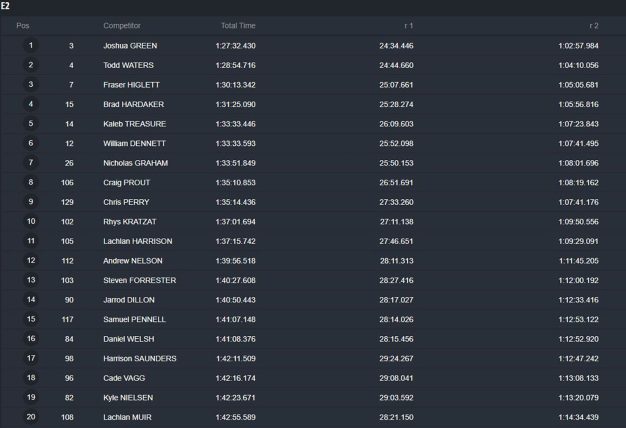 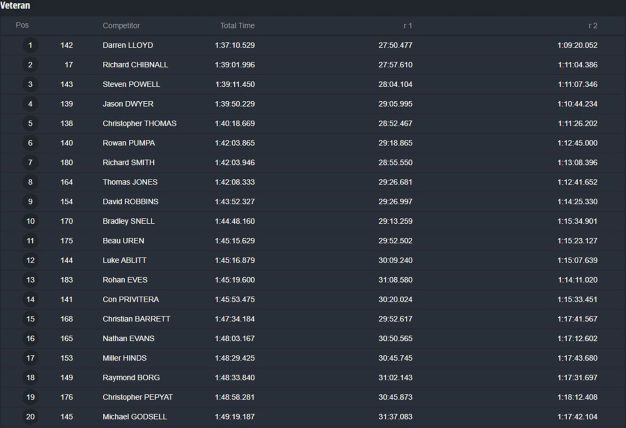