A4DE day one led by Bacon, Green and Granquist after penalties Notably, Andrew Wilksch (Husqvarna) – who originally was quickest on the day – was regulated to third in E3, which elevated Granquist to the top spot and Thomas Mason (GasGas) to second in the class. Granquist has a slim two-second advantage, with Wilksch just a further second behind Mason.

In E2, Green has a 10 second lead over Todd Waters (Husqvarna), as Fraser Higlett (Beta) sits third, just over 30 seconds behind the top spot in the category. Bacon enjoys a 46-second gap atop of Blake Hollis (ShopYamaha) in E1, with JGR Yamaha’s Jeremy Carpentier sitting third a further 1.9 seconds back.

Jessica Gardiner (JGR Yamaha) remains P1 in the Women’s category, as Darren Llyod and Jason Salopayers are in front in Veterans and Masters. 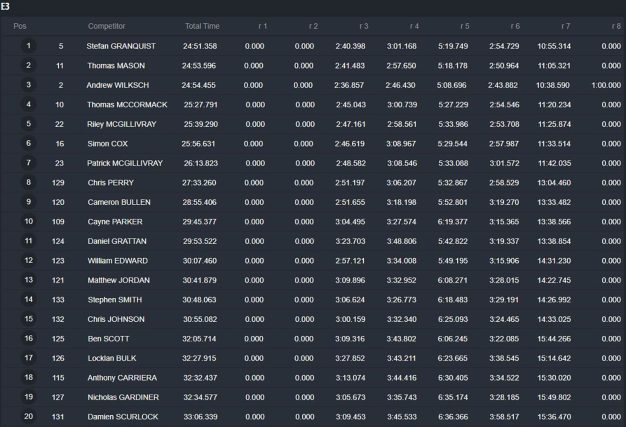