Premier event to be hosted in Harvey next year. 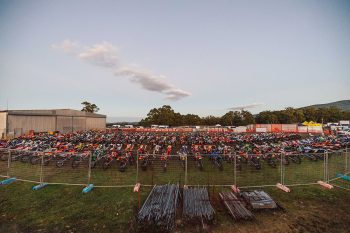 The 2023 Pilot Air Compressors Australian Four Day Enduro (A4DE) will be contested in Western Australia, the Trail and Enduro Motorcycle Club of WA to host the event at Harvey.

It’s a welcome announcement for the club after the 2021 A4DE – set to be held at Harvey – was cancelled due to coronavirus.

Australian owned company Pilot Air Compressors have renewed its commitment to the A4DE as the naming rights sponsor for the 2023 event, first supporting it in 2013 when the A4DE was last held in Western Australia.

“We are proud to be supporting the Australian Enduro Championship,” Pilot Air Compressors director Martin Wylie explained. “Many of the competitors at the event are from a variety of backgrounds and industries that would have been exposed to the Pilot Air technology whether they are aware of the brand or not.

“We hope the association with the A4DE will help build the brand awareness throughout the motorbike community in Australia.”

The 2022 Prestige Truck Centre A4DE is currently in full swing at Erica, Victoria, with Kyron Bacon, Josh Green and Stefan Granquist leading the way after day one.