The fields are set for the third round of the 2022 ProMX Championship. KTM Racing Team’s Kirk Gibbs has qualified fastest at the third round of the 2022 Penrite ProMX Championship at Wodonga, as red plate-holder Wilson Todd was quickest in MX2.

Gibbs emerged with the first gate pick from the Top 10 Shootout, in what was an intense eight-minute battle between himself and Aaron Tanti (CDR Yamaha Monster Energy) for the fastest time.

Tanti ultimately qualified P2, ahead of GO24 KTM’s Brett Metcalfe who fired in his way into the top three in the final moments of the session. Fourth was Todd Waters (Husqvarna Racing Team), who led around the halfway point, with Matt Moss (BBR 102 Motorsports) completing the top five. 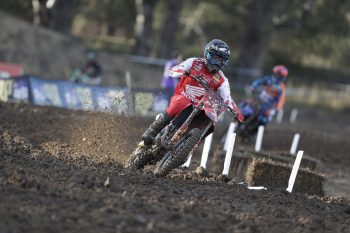 Terrafirma Honda Racing’s Todd stormed to set the fastest time in MX2 ahead of round two’s quickest qualifier, Jesse Dobson (Serco Yamaha) who moved up to second in the closing stages of the session. 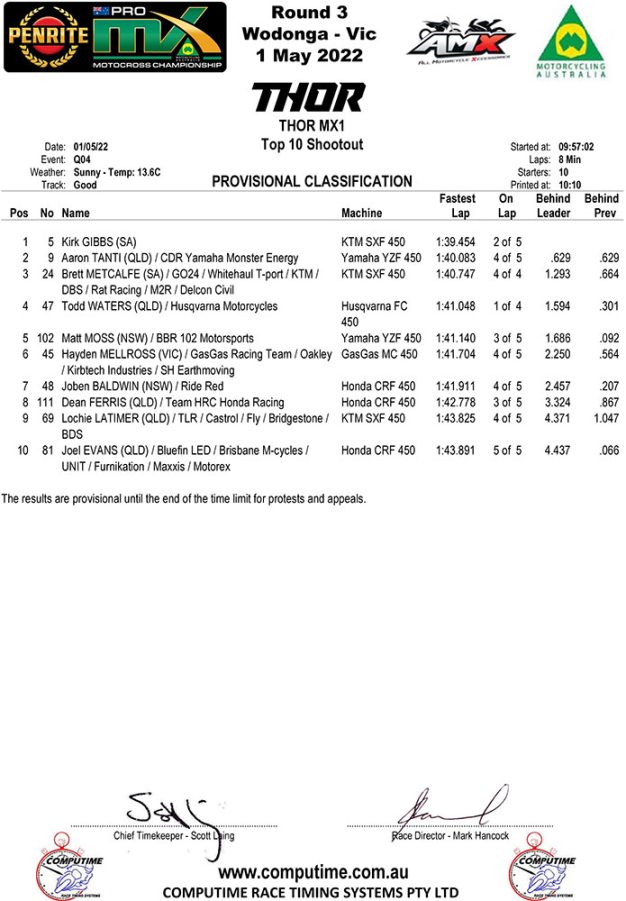 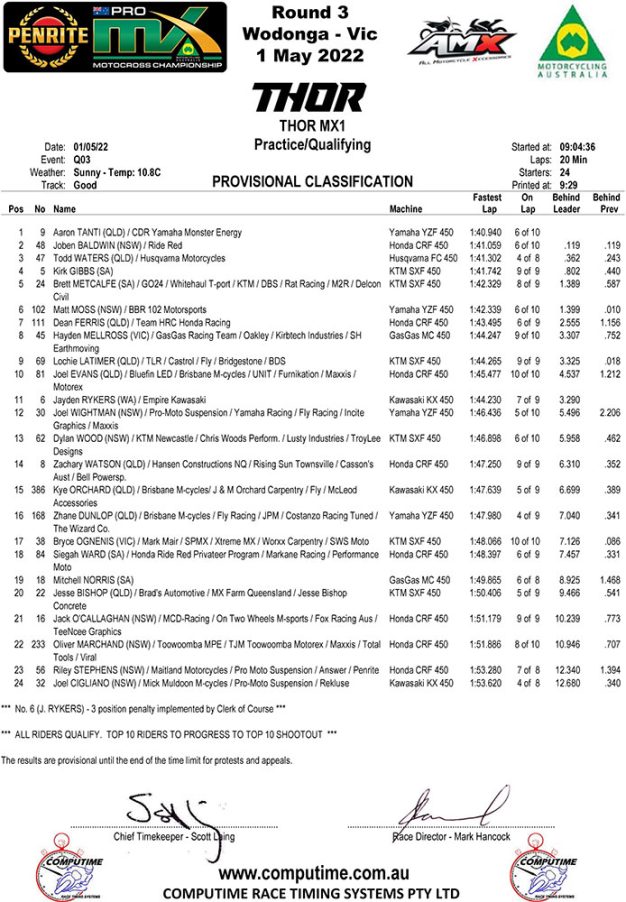