MX3 victories split by Alexanderson and Williams at round three. 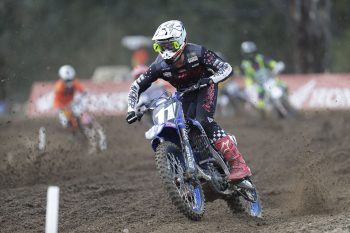 Bailey Malkiewicz emerged from the third round of the Penrite ProMX Championship as the MX2 overall winner, bringing an end to Wilson Todd’s 2022 winning steak as Campell Williams was victorious in MX3.

In moto one, Dylan Wills (Husqvarna Racing Team) launched to the early holeshot before Todd (Terrafirma Honda Racing) swiftly asserted himself at the front of the field in the early stages.

Disaster struck on the third lap for Todd, making the first mistake of his season when he crashed and was left to remount outside the top 10.

Malkiewicz (Serco Yamaha) rode smooth and fast to capitalise on his rival’s mistakes and take the moto win, ahead of impressive MX3 graduate Ryder Kingsford (WBR Yamaha), who came out on top in a battle with Rhys Budd (Yamalube Yamaha Racing) in the final laps. Budd finished P3, remounting from a fall in the mid part of the moto.

Notably, Jesse Dobson (Serco Yamaha) crashed heavily and was unable to complete the moto, dislocating his shoulder in the fall. Alex Larwood (Yamalube Yamaha Racing) was involved in a first turn incident that left him dead last after the opening lap, 45 seconds adrift from the lead, clawing his way back to 17th.

Todd made amends for his race one mistake to deliver a commanding victory in the second moto, finishing 3.8s ahead of Larwood who charged his way forwards throughout the race.

Malkiewicz finished a relatively quiet third, ahead of Andrews and Noah Ferguson who managed to make a move past Todd to take the lead in the early stages of the race, later dropping to finish fifth.

Kingsford was sixth, atop of Constantinou, the fast-starting Wills, Rogers, and Budd. Dobson took to the gate following his opening moto crash and finished 13th, showing strong pace in the early stages of the race.

A 1-3 scorecard secured Malkiewicz the MX2 overall, bringing an end to Todd’s streak in 2022. The number 20 was second overall, as Kingsford completed the overall podium. Following the first three rounds of the 2022 season, Todd enjoys a 25 point advantage ahead of Malkiewicz in the standings, with Larwood a further eight points adrift. 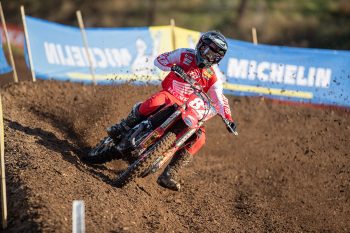 Looking at the championship standings after three rounds, Williams leads with 135 points, ahead of Alexanderson on 114. Round two winner Kayden Minear (KTM) sits third, after finishing seventh overall at Wodonga. 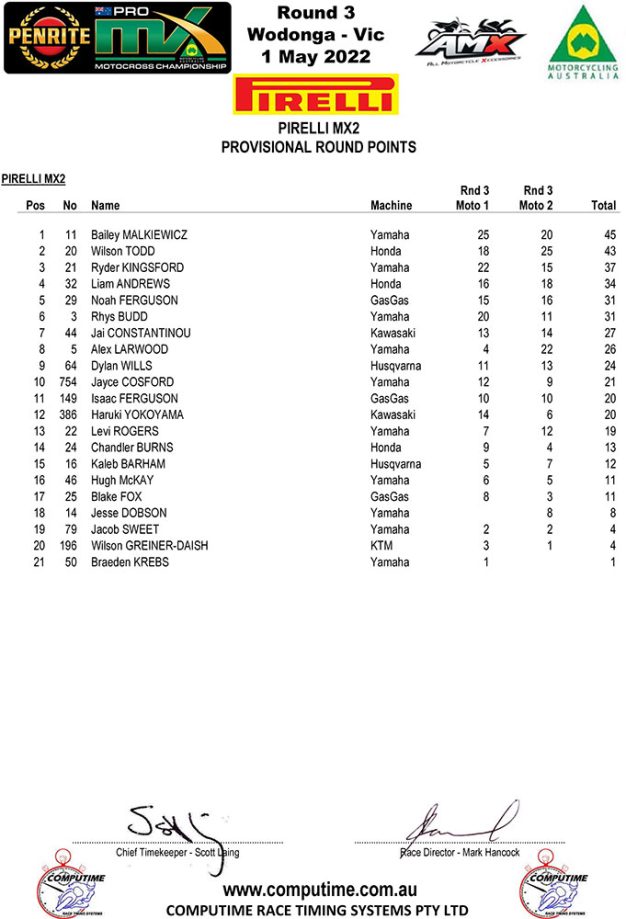 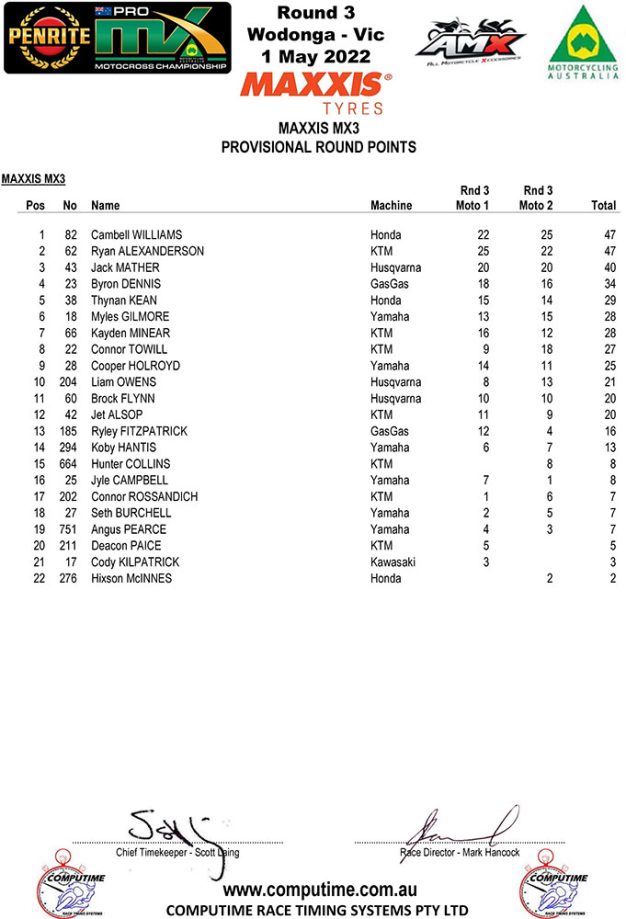