Assorted racer comments following the second round of the season.

In Quotebook, a selection of riders detail how their races played out in the second round of the 2022 Penrite ProMX Championship in Mackay. 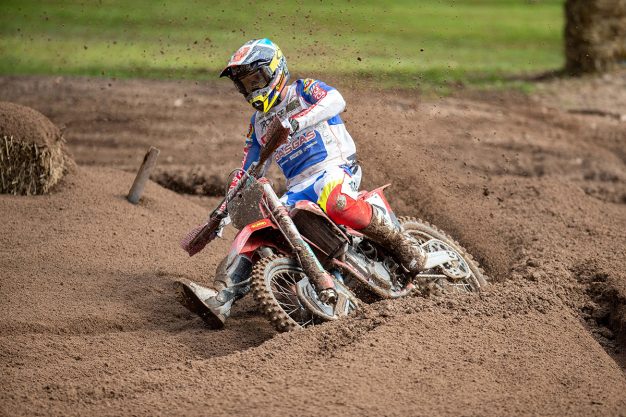 Todd Waters (Husqvarna Racing Team) – Third:
I came into this weekend a bit nervous that it could cost me a lot of points, but today’s performance is definitely something I’m proud of. I didn’t get the best starts, but I was able to dig deep and work through the fields in both motos. My legs gave out on me at the end of the first race, but I had a good massage, then ensured I stayed hydrated for the second moto. I thought I had a lap or two more in that race than we actually did, so I was a bit disappointed I didn’t put on my late charge sooner, but I was so stoked to get on the box today! I feel stronger and fitter than I ever have and this result has given me a lot of confidence heading into Wodonga.

Dean Ferris (Honda Racing) – Second:
Moto one was a race that got away from me, but I was able to get back up following a crash and work forward for a fifth place. For moto two we made a few subtle changes which proved successful. ‘Moose’ is invaluable, and I appreciate the work he has done to get me comfortable. I can’t begin to explain how good it feels to win again

Kyle Webster (Honda Racing) – First:
I can’t begin to explain how happy I am, the bike, the team and the people I have around me make all of the difference. I am pumped, I was able to reward the team with a win and the red plate following a difficult round one.

Hayden Mellross (GasGas Racing Team) – 10th:
Even though the track was one of the best tracks I’ve ever raced in Australia, I had a tough time today. I struggled with arm-pump in the opening race and put it on the ground early in the second moto, but on a positive note, I felt I rode a lot better from that point on and was able to make quite a few passes to work my way back to 11th. We’re continuing to make some good changes to the bike and are learning a lot as each race passes, so now it’s just a matter of getting a lot more seat-time and building on my strength and fitness.

Aaron Tanti (CDR Yamaha Monster Energy) – Fourth:
Race one I was happy and felt that even though I didn’t win the race, I was riding well and feeling good on the track. Race two and it was just in the final few minutes that I made a few mistakes and couldn’t get my flow back. I’m not sure if it was a fatigue thing, concentration or what exactly happened but it was disappointing way to finish the day. The positive for the day is I’m still well placed in the championship, and I don’t believe I have hit my peak yet. The team did a great job again and I believe we will get on top of things for the coming rounds and aim for some race and round wins. Also a shout-out to Luke, I hope he is doing ok and wish him a quick and full recovery,

Luke Clout (CDR Yamaha Monster Energy) – DNF:
I recall the whole thing but I’m not too sure how it happened. The rear of the bike stepped out and because of it being such a high-speed section of the track, the next thing I know I’m on the ground and my leg is in pain. I can’t thank the RACESAFE team enough for their support. Simon Maas and his team have gone above and beyond to look after me as have the CDR Yamaha team to make arrangements for myself and my family. It’s disappointing and frustrating but I will be back. I love racing and this is my first major injury since 2016 so I have had a pretty good run. I will do the full rehab and come back when I’m 100% ready to go.

Kirk Gibbs (KTM Racing Team) – Fifth:
Overall I’m reasonably satisfied with today. I qualified well in the Top 10 Shootout, but I struggled in that opening race and couldn’t seem to get into a groove. I ended up sixth, but it was a distant sixth. The second race was better for me – I got a good start and slotted into second, but made a little mistake and lost a couple of positions. It was really humid during that second race, but I was able to keep chipping away and make a pass for third with a couple of laps to go. The Mackay track was one of the better ones we’ve been to and made for decent, close racing, so all-in-all it was a good day.

Jayden Rykers (Empire Kawasaki) – Seventh:
First time in Mackay over the weekend and all-in-all I had a good round. There were a few more positives to pull from the first moto with track positions and total times. Albury is up next, so before then I need to figure some starts out, which should fix a lot of things that happen within the moto by being in the front pack early. 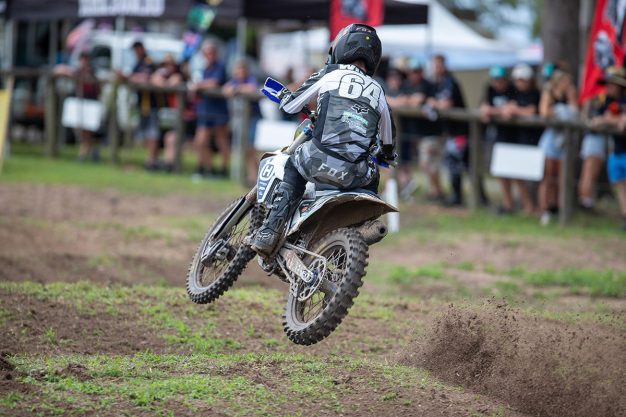 Bailey Malkiewicz (Serco Yamaha) – Third:
Any day on the podium is a good so I can’t complain too much. The first moto I just couldn’t get going when it was on in the final laps. I worked hard to get into the fight but then I just didn’t go on with it when I needed to. The second one was better and although Jesse got me at the end, I think I stayed on a more consistent pace, and I felt better on the bike. We have a few weeks before round three so looking forward to getting back to work and trying to improve on this result at Albury.

Jesse Dobson (Serco Yamaha) – Sixth:
It was a crazy day. Started great, went sideways a couple of times, and finished strong. I’m still trying to work out how I fitted that much stuff into one day. Qualifying was great, moto one was goods riding and terrible result and then I bounced back in moto two only to crash and finish second. My riding is good and I didn’t realise I had a bit of a gap in moto two that I could have just got into a flow and not feel like I was under pressure. But, despite the result, I think I have the speed to match it with everyone and I just need to clean up a few things to be right in the hunt.

Haruki Yokoyama (Empire Kawasaki) – 10th:
It was good to get another weekend of national racing complete in Australia. The results should continue to improve as experience builds and I am fully focused on improving further in the next round.

Jai Constantinou (Empire Kawasaki) – 14th:
The weekend was pretty tough for us, not really the results we were expecting but you have those days. I started off with an average qualifying and struggled to gel with the track, didn’t really put in a clean lap which was all on me. Terrible starts and I just put myself in the chaos, made it for a tough weekend and hit the deck a couple of times. It was a huge effort from the Empire Kawasaki team and I look forward to a stronger round three.

Wilson Todd (Terrafirma Honda Racing) – First:
It was good, I struggled a little in qualifying, we made a few changes, as the bike wasn’t quite right. We learnt from qualifying and made some further changes and they paid off. I am really happy with where we sit following two rounds.

Dylan Wills (Husqvarna Racing Team) – Fourth:
Today was definitely better than the first round, but I’m going to try and focus on a new strategy for qualifying so that I can start the day with a better gate pick. In saying that, I still had two good starts. I rode pretty solidly in the first race and put in two really good laps and I could see I was catching the leader, but with the lack of racing, I got too excited, the humidity got to me, and I ended up just surviving to the finish-line. I got another good start in the second race, but I didn’t have that extra few percent that the leaders had, so was realistic with myself and rode it home for some good points.

Alex Larwood (Yamalube Yamaha Racing) – Second:
Another awesome day today here at Mackay and happy to be on the podium again. I was gutted when I fell off last week and thought I would have to miss this round but the doctors did a great job and apart from some rubbing on the scar, the collarbone didn’t bother me too much during racing. My starts were a little off today and something I need to get sorted but otherwise I was happy with my riding and the team did a great job with the bike. The Gum Valley track was awesome so thank you to everyone involved in the event and to the crowd that showed up today.

Rhys Budd (Yamalube Yamaha Racing) – Fifth:
Moto one was great, and it felt good to be back up front again and fighting for race wins. I kept Wilson in sight all race and was just the moto I needed to get things rolling. Moto two wasn’t great but as a day it was much improved over round one and a feel like things are coming around for me. The next few tracks are good for me, so I hope to build from the momentum here and get myself on the podium and up in the championship fight.

Ryder Kingsford (WBR Yamaha) – 13th:
I crashed in race one on the opening lap and bent up my bike pretty good. I was just doing my own thing when all these bikes appeared and just took me down. I got going but had to stop in the mechanics area to get some things straightened out, but that race was a write off by then. Moto two was much better and where I think I belong. I got a good start and rode in the front pack and learned a few good lines from the other guys. I was able to make a pass or two at the end and finished up sixth which I think is a good result. It’s a tough class and all the top 15 guys in MX2 are quick so I need to limit the mistakes and put two races together each weekend.

Brodie Connelly (WBR Yamaha) – Eighth:
I have had an amazing time here in Australia and I can’t thank the WBR Yamaha team for giving me this opportunity. If the situation ever arises again, I would love to come back and do a full season as the racing here is great and the team are awesome. Today was good a little step forward from round one. With no racing in New Zealand over the summer, it’s taken me a little while to get into the intensity of racing as well as the depth of rider in the MX2 class here. To finish up after both rounds and be inside the top 10 is a good result and one that I hope is a good reward for the WBR Yamaha team. Thank you to both Yamaha NZ, Josh Coppins and well as Yamaha Australia for making this happen.