The 2022 season is shaping up to be a pivotal year for 17-year-old Blake Fox. Having signed on as the MX2 representative for the GasGas Racing Team, Fox enters his rookie season in the professional ranks with plenty to prove and little to lose and we feature him in our latest Profiled.

Even though he’s been riding bikes since he was three years old, it’s been a relatively quick rise to the top of the sport for the New South Welshman. Before 2016, Fox described himself as an ‘average rider’ who didn’t take racing all that seriously.

His father saw the potential that he had and continued encouraging him to race and attend coaching skills, which all helped him win his first Australian junior title in 2016 in the small-wheel 85cc class. The next year Fox secured a ride with the KTM Junior Racing Team and spent the next three seasons picking up national podiums and state titles. 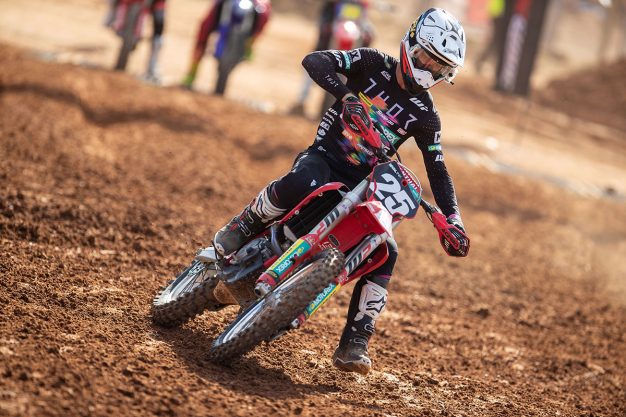 In 2020, Fox was ready for the next step and signed a deal with the Recover8 KTM Thor team to race the MXD class at the now-defunct MX Nationals. Covid quickly put a halt to his plans as the championship was postponed, then cancelled, forcing Fox to bide his time with his racing aspirations.

When the Penrite Australian ProMX Championship fired up last year, Fox was ready to make a statement in the MX3 class and his riding in over the three rounds displayed it. The GasGas-supported rider was by far the most consistent rider of the field as he strode to a comfortable 20-point series victory.

“I’d been doing a few regional races at a senior level and I think racing against faster, older MX2 guys elevated my speed and gave me a lot of confidence,” Fox reflects. “I went into the year feeling strong physically and mentally. I knew all of the MX3 racers, their strengths and weaknesses, so I kinda treated each race as if it was another junior race.”

Now with a coveted factory ride for 2022, Fox has enjoyed a solid pre-season, chalking up handy round wins at the opening two rounds of the Australian Arenacross Series and a hard-fought fourth at last weekend’s Australian Motocross Invitational in Nowra.

After several weeks of racing across south-east Australia Fox is now back home in Dubbo and focusing on getting prepared for the opening ProMX round at Wonthaggi at the end of the month.

“I’ve been all over the place lately, so now I just want to get my program on-track and bust it out for a few weeks,” he explains. “The second round of the East Coast MX series is at Dunedoo, which isn’t far from home, but apart from that I’ll be focusing on my training.” 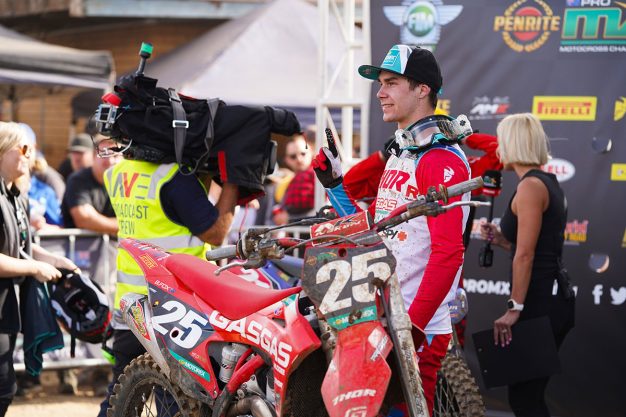 Being based in central New South Wales, there’re no lack of track options to train and ride at, although he does tend to do most of his work by himself: “I’m lucky enough to have a bit of everything here, from hard-pack, sand, and bush tracks, that I have access to, as well as a supercross track in the back yard. A lot of my training is solo, but I actually prefer it that way.”

As for the season ahead, Fox is determined to stay fit and healthy, while scoring good results. As for any specific goals, he’s happy to keep close to his chest.

“The GasGas team has said they want me to treat this as a learning year, but of course I’d like to be up near the front,” he says. “I had an idea of what I want, but I don’t really want to put a number on it. I don’t want to be that guy who burns out – my main focus is on staying healthy, having a good pre-season and staying competitive all year, including Supercross at the end of the year.”