Unpacking the key rider and team signings after an extended off-season.

Over the extended Australian motocross off-season there has been a larger than usual number of rider movements as the teams and racers worked to secure seats for 2022. This Q&A breaks down the key changes and unpacks a busy contract-signing season. 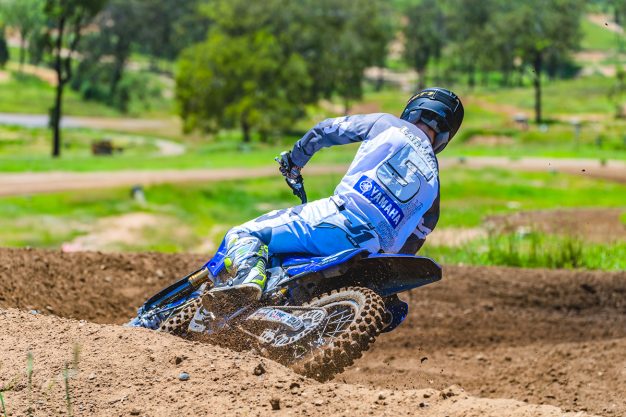 Q: KTM Group is stepping up its MX2 support this year. Why the change?

A: It’s true. The KTM, Husqvarna and GasGas Racing Teams are returning with interest in 2022. After each brand was represented by an in-house single-rider MX1 program last year, the efforts have now been extended to include a MX2 rider in each team. Last year KTM, Husqvarna and GasGas offered support to privateers in the 250cc class while they concentrated on the premier field, but now they seem keen to develop greater depth in the sport by providing more opportunities with factory deals. With the group having provided solid backing to juniors and satellite-supported riders over the past couple of years, it makes sense that they’ve expanded their factory efforts. KTM Racing Team sees former KTM racer Kirk Gibbs (MX1) return to orange alongside Nathan Crawford (MX2), who was with Serco Yamaha last year. Husqvarna Racing Team will feature 2019 champion Todd Waters (MX1) and Dylan Wills (MX2), while GasGas Racing Team has an all-new line-up with Hayden Mellross (MX1), who’s moving from CDR Yamaha Monster Energy and MX3 champion Blake Fox (MX2), who’s stepping up for his debut season in the pro ranks.

Q: With Gibbs departing and Kyle Webster stepping up to MX1, who else will ride for the Honda Racing team?

A: Honda Racing has staggered its team announcements over the off-season. In October they surprised many when they revealed that three-time national motocross champion Dean Ferris was coming out of retirement to have a shot at another MX1 trophy. Then in November, Honda Racing announced that multi-time national champion Wilson Todd was returning home from the MXGP circuit to represent the team in MX2. With Webster jumping up to MX1 after dominating the shortened MX2 championship last year, Honda boasts a very strong, capable team in 2022, even with Ferris currently mending from a broken collarbone sustained at the Coffs Harbour Stadium MX in January. 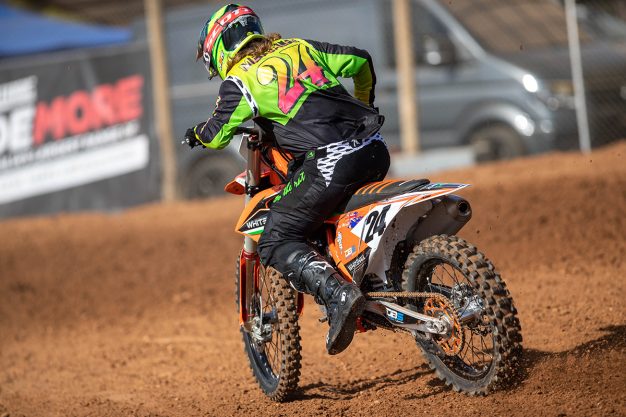 Q: Who’s in and who’s out of Yamaha’s CDR and Serco factory teams?

A: CDR Yamaha Monster Energy has signed Aaron Tanti alongside Luke Clout for 2022. Following a successful 2021 where he won the ProMX MX1 championship, Clout is staying with the team for another year as per his existing contract, while Tanti has effectively done a straight swap with Mellross and the seat at GasGas Racing Team. Meanwhile, in early January, Serco Yamaha revealed that Jesse Dobson and Bailey Malkiewicz will be aboard its MX2 machines this year. After finishing an impressive second overall in the shortened 2021 ProMX Championship, Dobson joins the team for a second season, while 19-year-old Malkiewicz has spent the past two years racing in Europe. His results were hampered by injuries and the 2018 125cc Junior world champion is eager to get his career back on track. Securing a top result in the MX2 championship would certainly do that.

Q: With the announcement that Jay Wilson is racing for Yamaha in Japan this year, who’s going to represent Yamalube Yamaha Racing?

A: After being something of a revelation in his rookie year in the MX2 class, Rhys Budd has re-signed with the Yamalube Yamaha Racing team for 2022 and will be joined by South Australian Alex Larwood, who also shone early in the season before sustaining injuries to his shoulder and femur. Budd finished a remarkable third overall in his debut season with the team in 2021, while Larwood caught many people napping at the opening round at Wonthaggi when he achieved a second overall in his first-ever MX2 outing. Larwood’s signing with Yamalube Yamaha signals a seat-swap with 18-year-old Levi Rogers, who has secured Larwood’s spot at WBR Yamaha in 2022. Rogers be joined by another young talent, Ryder Kingsford, as the WBR team pinpoints its focus on the MX2 category of the ProMX Championship.

Q: Will Kawasaki and Suzuki be represented in the Australian motocross pits?

A: Empire Kawasaki will again be fielding a good team in both the motocross and supercross championships. The Kawasaki-supported team announced just days before Christmas that they’ll have Jayden Rykers (MX12), two-time all Japan National MX2 champion Haruki Yokoyama (MX2) and early 2021 standout privateer Jai Constantinou (MX2) under their awning this year. At this stage, there has been no official word as to whether SB Motorsports is returning as a Suzuki team in 2022.

Q: Who’s found themselves on the outer as we get ready to go racing?

A: Despite there being more team seats available than there has been in recent years, there are a couple of notable absences from the major team rosters. South Australian legend Brett Metcalfe has parted ways with Honda Racing and is starting his own ‘GO24’ team, racing a KTM 450 SX-F as the outfit’s sole rider. GO stands for ‘Get Outdoors’ and 24 is Metcalfe’s race number. Meanwhile, New Zealand’s Maximus Purvis has found himself without a ride after his seat at WBR was filled by Ryder Kingsford and isn’t expected to compete in Australia. Standout MX1 rookie Regan Duffy, who was pipped for the 2021 championship, is still recovering after a horrific accident in October. Prior to his crash, it’d been expected that the Western Australian would be racing overseas this year, and his seat at KTM was filled by Gibbs.