Lightning-fast off-road racer Wil Ruprecht is rapidly making a name for himself in the ultra-competitive FIM EnduroGP World Championship. Having secured second in the E2 class with multiple wins last year, the TM Boano Factory Racing rider has his eyes set on the EnduroGP title in 2022. MotoOnline caught up with him for this Five Questions. 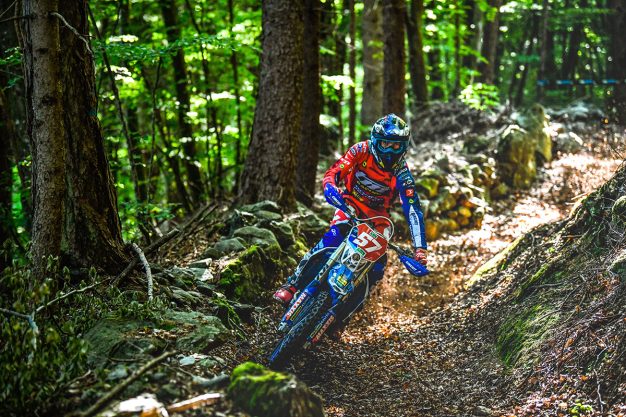 Were you happy with fourth overall in EnduroGP and second in E2 last year?

Yeah, I guess you could call it the breakthrough year in my EnduroGP campaign. In previous years I’ve had the raw speed to put it on the box, but I was never consistent with those performances. The stars aligned moreso last year with equipment and a happy rider is a fast rider. It was really encouraging to be consistently on the pace, but at the same time it was frustrating to know that my pace in the sand isn’t where it needs to be and I watched the E2 title ride off into the sunset.

Why did you decide to step up to the pro-level classes last year?

I raced the past two years in the Junior (U23) class and for 2021 I was still eligible for that, but decided that I wanted to pursue the main classes and start sparring with the real deals. I don’t regret one thing about that decision. In hindsight I could have a Junior title to my name, but on the flipside I don’t feel I’d look back on a Junior title and be proud of it, given the big picture. I won two GPs overall last year and had my hand on a few more. Young-buck mistakes held me back a bit.

Was winning the Italian Enduro Championship a highlight for you?

Yeah, the Italian championship is a weird one for me because it was never a championship I had on my radar. The reality is that 80 percent of the competitive EnduroGP guys are there racing it and it’s not until you’re here in the moment that you realise that it’s a legitimate championship with real value for manufacturers. The Italian championship tracks are technical in the way of rocks but really lack the variety in line choice. 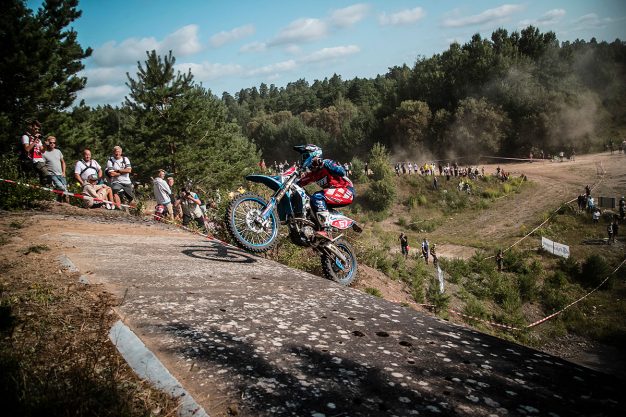 How’s your Italian coming along and have there been any language barriers working with the TM Boano Factory Racing team?

Yep, I’m still with TM for 2022. It’s a team that I’d worked with prior, so there wasn’t much change in environment through the transition from Beta to TM. The TM is a competitive bike and that really comes through in the passion within the company and their attention to detail. I don’t understand the language fluently, but know enough to get by in brief conversations. As I get older I enjoy more independence, so that I’m forced to learn the lingo far more than when I had a team-mate who could do the heavy lifting for me.

How excited are you for the EnduroGP World Championship being back to a full seven rounds again this year?

It’s definitely nice to have a full calendar again. I’m mostly looking forward to getting into some of the northern and eastern European rounds where the best races are held. We’re often racing around haul roads in rock quarries or industrial shed pads because it’s close to fans and makes more money for the promoter. We saw more of this when the calendar was shortened with Covid, but I’m really looking forward to racing tracks that are iconic. That’s one of the main reasons I decided to move to Europe. I’m definitely aiming for top honours, too – I’d be wasting my time if I wasn’t! Like the past few years, the likes of Brad Freeman, Josep Garcia, and Steve Holcomb will be fast, but a few other guys like Daniel Milner and Andrea Verona have potential round wins in them. I’m only young, but I can’t remember the last time there were seven guys who had a legitimate chance of day wins at EnduroGP.