The most pivotal races on this year's domestic and international calendar.

After two frustrating years of shortened championships and last-minute calendar modifications, the domestic and international season promises to return to ‘normal’ in 2022. In this Top 10, MotoOnline picks out a mixture of key events that we’re anticipating most. 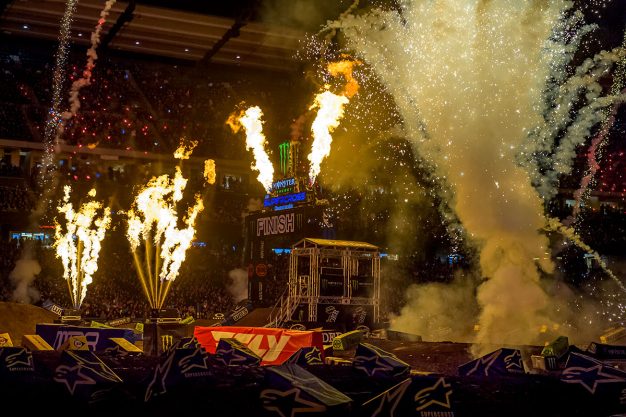 1. Anaheim 1 Supercross:
Although already in the books, January saw the Monster Energy Supercross Championship make a welcome return to its traditional home at Anaheim, CA, for the opening round of the series, and the action flew thick and fast in both the 450SX and 250SX classes. While Ken Roczen (Team Honda HRC) charged to a wire-to-wire win in the 450 main, an all-out war between the championship contenders ensued behind him. Ultimately Roczen would win over defending champion Cooper Webb (Red Bull KTM) and the always fast-starting Justin Barcia (TLD Red Bull GasGas). Chaos reigned in the 250SX class, too – title favourite Colt Nichols (Monster Energy Star Racing Yamaha) crashed out of the series early in his heat, while his team-mate Christian Craig sailed to his first Anaheim 1 victory. Behind him, Seth Hammaker (Monster Energy Pro Circuit Kawasaki) held off a last-gasp attempt by Queensland’s Hunter Lawrence (Team Honda HRC) to take second.

2. Australian ProMX opener at Wonthaggi:
It’s staggering to think that over the past 30 months, we’ve only seen three rounds of motocross racing at a national level. As a result, anticipation levels are already high for the Australian ProMX Championship to begin at Wonthaggi on 27 March. Since Motorcycling Australia (MA) took over the reins and rebranded the championship last year, we saw the 2021 series completely overhauled with new formats, venues, points structure and quality live TV coverage. In a way, the shortened three-round championship was the perfect hit-out for MA, as they look to take the championship to a new level again in 2022. The dark, loamy soil at Wonthaggi will again play host to the opening round, setting the perfect scene for what’s shaping up to be a gripping championship.

3. MXGP season commencement:
With the 2021 MXGP championship running two months longer than usual due to covid delays earlier in the year, racers have enjoyed a very short off-season before the 2022 series gets into gear. Next weekend sees the MXGP championship open at the spectacular Matterley Basin track in Great Britain and, if last year was any indication, 2022 will be a frantic, hard-fought affair for the front-runners. Defending champion Jeffrey Herlings is likely to miss at least round one after breaking his foot in a practice crash two weeks ago, opening the door for a host of contenders to potentially start their season with a 50-point lead over the Dutchman. Australian Mitch Evans (Team HRC) faces a critical season after two years of injury complications, while Jed Beaton returns to his roots at the F&H Kawasaki Racing Team for his rookie year in the premier class.

4. MXoN back to RedBud:
Although the Motocross of Nations (MXoN) ran at Mantova, Italy last year, it was a significantly pared-back version of the MXoN. Of the 30 countries represented in 2021, only two – Canada and South Africa – were non-European nations, but things are finally set to return to normal this year when the Motocross of Nations returns to RedBud, Michigan, on 25 September. It will also be a perfect opportunity for the United States to redeem themselves after a disappointing fifth-place effort when the MXoN was last held at the same venue in 2018. Will the French again upstage the Americans on home soil? Can Italy win two MXoNs in a row? How much of a force will The Netherlands be, and is 2022 Australia’s best shot at winning the coveted Chamberlain Trophy? These are some of the dozens of questions that need answering in 2022.

5. Supercross finals at Salt Lake City:
From a fan’s perspective, it’s been a spectacular start to the 2022 Monster Energy Supercross Championship, with seven different winners in five rounds across the 450SX and 250SX fields. Although Monster Energy Star Racing Yamaha’s Eli Tomac and Christian Craig are beginning to stamp their authority on the classes, there’s a lot of racing still to take place between now and the 8 May finale at Salt Lake City’s Rice-Eccles Stadium and momentum shifts are likely. For 250SX fans, the finale will also see the second of the East-West Showdowns, and the final opportunity for these riders to make a bid for their regional championships. There’s also the small matter of who will stake their claim as the fastest 250SX rider in the US before the focus switches to the outdoors. 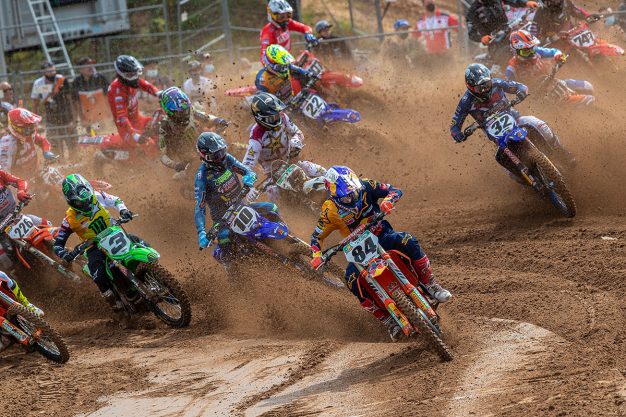 6. Fox Raceway Pro Motocross:
As we saw in 2021, the wide-open Fox Raceway in Pala, CA, will host both the opening and closing rounds of the Lucas Oil Pro Motocross Championship, but there’s always a special buzz that surrounds the first round of the great outdoors. Most of the racers outside of the top five will have long-switched their focus from supercross to prepare for the gruelling, longer moto formats that make up the Pro Motocross Championship. Establishing themselves as the man to beat from the first gate-drop can do wonders for momentum and confidence. Australian fans will also be keeping a close eye on the Lawrence brothers to see whether Jett can start a successful 250MX title defence on the perfect footing, or if Hunter has found the measure of his younger sibling.

7. First Supercross Showdown:
The Monster Energy AMA Supercross East-West Showdowns always throw up tense racing as the 250cc riders battle for bragging rights as the fastest in the country. Not only will we get to see the return of the mid-season showdown this year, but it’ll take place on the super-sized Atlanta Speedway track. How big is super-sized? Well, last year, the main event lap times at this venue were in excess of 1m45s for 250SX! All Australian eyes will be on how Sunshine Coast brothers Hunter and Jett Lawrence stack up against each other in their first meet-up since the 2021 Lucas Oil Pro Motocross Championship wrapped up in September. The mid-season Showdown last took place in 2019, also in Atlanta, at the Mercedes Benz Stadium.

8. Mackay’s ProMX/AORC double-header:
Queensland racing fans are in for a treat between 8-10 April when both the Australian Off-Road Championship and the Australian ProMX Championship converge on Mackay for a huge three-day weekend of racing action. Rounds three and four of the AORC will take place on Friday and Saturday, before the gates drop on the second round of the ProMX championship on Sunday. MA has dubbed the action-packed three days as the ‘ultimate off-road and motocross weekend’. While a Supercross race has run alongside the MotoGP at Phillip Island in recent history, this will be the first time ever that off-road and motocross will converge on the same venue at the same time, setting the stage for a real festival of all things dirt, two wheels and racing.

10. Dakar Rally thriller:
The Dakar Rally is easily the most high-profile, prestigious off-road event on the entire racing calendar, and the 2022 instalment had the world on tenterhooks from the very first stage. While GasGas Factory Racing’s Daniel Sanders took his first-ever stage win, a host of front-runners – including two-time champion Toby Price (Red Bull KTM Factory Racing) – got hopelessly lost trying to find a waypoint and dropped between 30 and 60 minutes. Sanders would later crash out on the liaison stage at the start of the second week, as his team-mate, Sam Sunderland, proved to be the master strategist by ultimately claiming a slender 3m27s win – his second Dakar victory – over Chile’s Pablo Quintanilla (Monster Energy Honda) and Matthias Walkner (Red Bull KTM Factory Racing).