Rounds 11 and 12 scheduled for early October at Wynyard. 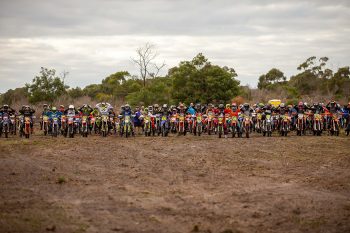 It’s been revealed that the 2022 Yamaha Australian Off-Road Championship (AORC) season will conclude with rounds 11 and 12 at Wynyard, Tasmania, on 8-9 October.

The announcement from Motorcycling Australia (MA) marks the first time in the AORC’s 15-year history that the championship will cross the Bass Strait to complete the series.

Two locations are now confirmed for next year, with Mackay to host rounds three and four in a combined weekend alongside the Penrite ProMx Championship.

MA CEO Peter Doyle commented: “We have a world-class field lined up for competition in 2022 and after two interrupted previous seasons we know riders are excited and ready to hit the terrain next year and especially for the first time the grand finale in Tasmania. With new and exciting venues to be announced soon, we have no doubt again we will see hundreds of riders at each and every round.”

It has already been confirmed that series will span across five states, set to continue with the traditional double-header format. The first stop on the schedule will be March in Victoria, however, an exact date and location are not yet specified.