MX2 racer reflects on the highs and lows of his first full GP season.

After a roller-coaster season racing the highly-competitive MX2 World Championship, 23-year-old Queenslander Wilson Todd is preparing to return home for summer. The two-time Australian champion’s contract with Bike It MTX Kawasaki has concluded and now that he’s reached the MX2 cut-off age, Todd is weighing up his options for 2022. MotoOnline caught up with him this week to get his Fast Thoughts on a mix of topics. Reflecting on the 2021 MX2 championship…

The season was okay and it was cool to travel the world and complete the full world championship, but results-wise, it wasn’t really what we wanted. Nothing seemed to work for me and the team, it felt like we always had our hands tied with bike performance. I rode a standard bike for most of the year as we were waiting for engine parts to arrive from Cosworth, but when they finally arrived we were on the road and we didn’t have time to test or build a complete package. Every week it felt like I was riding a different bike and it never ran or was tuned correctly. It felt like we were so handicapped by engine performance compared to the rest of the field. Things improved towards the end as we had a guy there to tune the bike between races in Italy, but it was too little, too late, really.

The highlight of the year….

I think the highlight was the final race at Trentino at Italy. All day I’d come from outside the top 10 and passed a lot of guys – in that second race I came from a long way back to finish fourth, just eight seconds off the leader. It would’ve been nice to have achieved one podium result this year, but that fourth place felt pretty good. It really started to feel like it was all coming together for those last five races in Italy at Trentino and Mantova.

At the start of 2021 I had arm-pump surgery and missed four weeks of on-the-bike training. As a result I went into the opening round of the MXGP at Russia with just three days on the bike, including the opening round of the British Motocross Championships. It was a tough weekend, I was under-cooked and my hands got really cut-up from blisters. As I got fitter and had some more rounds under the belt I gained a lot of confidence racing against the guys. At the start of the year it was a bit intimidating, but by the end of the season they were nobodies to me – they were just in the way and someone I needed to pass. 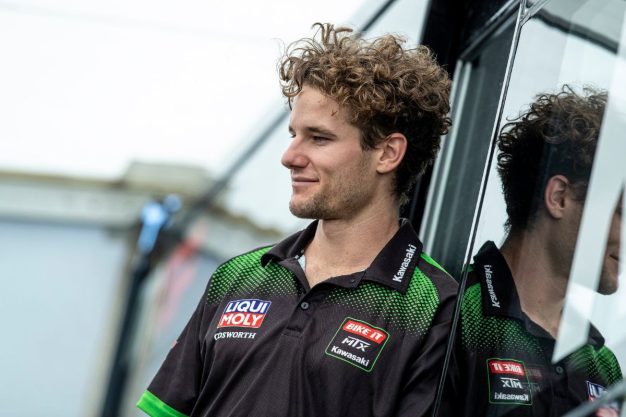 It is what it is and everyone’s in the same boat – I just got to Europe too late. Last year I got hurt really early in the season, so that should’ve been this year, and 2021 should’ve been the year I made a bigger push towards the front of the points. I don’t have any regrets or anything, as you can only come over when the opportunity arises, but it definitely would’ve been nice to have another year’s experience. I felt I could’ve fought for podiums if we’d had a more competitive bike. All-in-all, though, it’s been a great year getting paid to race and travel the world, so it’s been a really good life experience.

It’s all up in the air at this stage. It’s probably more likely that I’ll be racing in Australia, seeing as I’m going to need a MXGP contract next year. Even then, the MXGP deal will need to be worth it, otherwise I’ll just be losing money. It’s a lot easier for the racers in Europe since a lot of them live at home and have the support of their parents, then sponsors buy their rides. For us Australians, it’s a lot harder to make it worthwhile. In the meantime I’m looking forward to flying back to Australia on Friday, I’ll spend a couple of weeks quarantining in Darwin, then spend the summer with my friends and family in Cairns, do a bit of riding and start training for whatever comes my way next year.