Support classes to compete at select rounds from the new year. 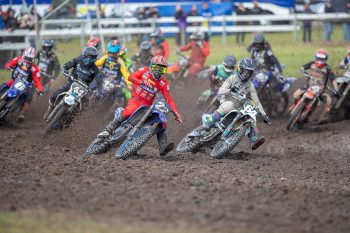 The Penrite ProMX category structure has been confirmed for the 2022 season, seeing Women, the Pre-95/Classic Evo Cup and Veterans classes on the program at select rounds alongside the permanent fixtures of MX1, MX2 and MX3.

Thor MX1 will take the spotlight as the premier class, while Pirelli MX2 is set to provide edge of the seat entertainment as youth takes on experience.

Maxxis MX3 returns again with the goal of providing a pathway to the international stage, seeing Australia’s elite junior talent aged 14 up to 18 battle it out on the national stage.

Fan favourite support classes will return for the 2022 championship, the Women (MXW) to line up at Wonthaggi’s season-opener on 27 March, then Gillman on 29 May before making a final appearance at Coolum on 20-21 August for the season finale.

Likewise, the Evo Cup will return alongside the Pre 95 machines in a combined class, contesting round six on 24 July at Coffs Harbour.

The final round of the series at Coolum will also host the Veteran’s championship, which will see the return of some retired national champions compete alongside a host of passionate vet racers.

Set to return in 2022 for two rounds, the bLU cRU YZ 65 cup will feature junior talent under the age of 12, with an announcement coming soon regarding which tracks they will compete at. Absent from this year’s program is the 125 Cup.