Four-round series to take-off at Bacchus Marsh in January 2022. 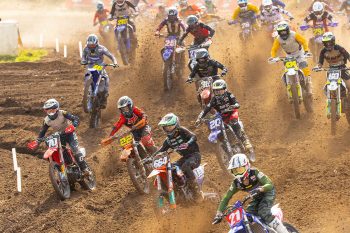 A new Australian Arenacross series will be launched by renowned track building company Protraxx in 2022, hosting four rounds that will serve as a development platform for emerging supercross prospects.

Due to be nationally-recognised by Motorcycling Australia (MA), it’s set to introduce riders and fans to a new dynamic of competition and will commence at Bacchus Marsh, Victoria, on 29 January.

Series promoters Josh and Jessica Proctor of Protraxx witnessed the gap between motocross and the stadiums in Australia was too broad, aiming to close that bridge by creating Australian Arenacross and provide an accessible championship for the average rider through to the seasoned pro.

From Baccus Marsh the championship heads to Swan Hill for round two on 12 February and Albury-Wodonga for round three on 26 February, before moving to Renmark, South Australia, for the season finale on 12 March.

According to the announcement of Protraxx, the 2022 Australian Arenacross series will deliver a carnival-like atmosphere consisting of big extreme rides, trade stands, food trucks and freestyle motocross action.

Register now through the official Australian Arenacross powered by Protraxx website at www.australianarenacross.com.au for additional information.