ProMX champion recalls mindset that took him to the 2021 title.

After a disastrous opening round at Wonthaggi, CDR Yamaha’s Luke Clout showed mental fortitude to overcome a 23-point deficit by round three and claim the inaugural Penrite ProMX title in the covid-condensed season. MotoOnline had a Conversation with the newly-crowned champion to reflect upon his championship-winning mindset in 2021 and how he looks to carry that on into next year. 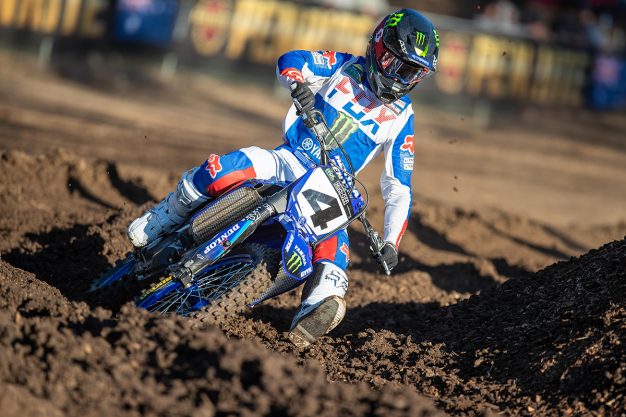 Congratulations on being crowned ProMX champion. What were your first thoughts when you found out the season would not continue in 2021 and how does it feel to be champion?

Yeah, look, I’m obviously stoked to come away with the championship. To get those three rounds in were good, at least we had something to work for and the team worked very hard this year, and myself, worked very hard to get the championship. I think regardless, it was kind of the way the championship looked like it was going to go anyways, I felt really confident this year and felt really strong all year. Really stoked to get it done, I would have liked to be able to race the full series, but yeah, looking forward to getting back to more normal times and getting back to racing next year.

It was a pretty remarkable achievement for you, after a tough first round to come back and win four motos in succession. Was there a particular highlight in those or throughout the year?

It was kind of crazy, with that DNF in the first round and then to come back and get the red plate after two rounds, it was almost unheard of and almost unthinkable to just to be able to get it done. I thought I was going to be able to do it, but I thought it was going to be maybe at round five or six or something like that, but to get it so early was a bit of a surprise. Probably the highlight would have been coming back at Canberra and being able to go 1-1 there. Round one, the way it went the team and I went back and we just worked hard, we put what happened behind us and we didn’t let it affect us and we just carried on as business per usual and I think we came back and showed that I was mentally strong and didn’t let it get to me. We worked as a team and clawed our way back into the championship.

Like you said, it takes a fair bit of mental strength to come back from a difficult round like that then go 1-1 in Canberra. Was there anything particular you did in between rounds to reset and approach Canberra where you could attack it or was it just a matter of trusting the process and going about things as per usual?

I kind of just looked at it, after Wonthaggi, I just pretty much reset everything and just worked harder than I ever really worked before, I was so frustrated with what happened even though it’s sometimes just part of racing. I was just really, really frustrated and I just wanted to come out and prove the point at Canberra because we were riding really well and everything in the pre-season was going really well and you know we had the unfortunate mishap. We went home and worked really hard and really just stepped up the intensity on everything and just turned that misfortune into determination and the team did well, they worked really, really hard and to come out and when we went 1-1 in Canberra it was a good reward for us, the hard work paid off. It was a happy one in Canberra for sure. 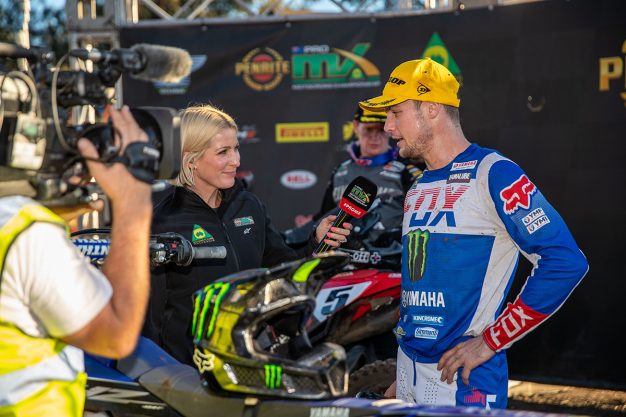 With that hard work and carrying it through to Maitland and dominating there again, then after that having the extended break, is there anything you have planned now to celebrate winning the title? Or, because you’ve had that break for so long are you pretty keen to just get back out there and get stuck into preparation for next year?

It’s really weird, winning the championship at home, I celebrated a little bit with my family and friends, but it’s a different time to where you win it after a race and are able to celebrate it with your team and whatnot. The plan for us is to go down to the team when the borders open and have a bit of a celebration with them, but really it’s still doing my training and riding a little bit, some stuff to keep the base fitness. I’m ready to go racing, its a time where there’s nothing at the moment, but it is what it is, we deal with it and hopefully its on the back end of it now to where we can get back to a normal season and get all of these races in and try and race as much as possible.

Winning the ProMX championship this year, does anything change in your mindset going into next year? Do you use that as fuel, now you’ve got it you are going to even fight harder to keep it or are you going to adopt the same mental approach as per usual?

Yeah, I wouldn’t think it changes anything really. I think if anything it kind of gives me motivation when you hop on the bike and see the number one plate on it. For me, I know the hard work I have been putting in has paid off, I just want to keep that momentum rolling and put in the hard work I have been putting in on the bike that has paid off, so we are going to continue doing that and we are going to have to go hard, because everyone else will be putting in the work as well but I love that side of things and working hard and seeing myself get better each time. I’ve really been studying a lot of stuff and I have no doubt next year I will come back better and stronger. I know the team will be working hard, we’ve been working really well together and we want to just keep the team together and keep ticking off championships. We will keep working hard and looking forward to getting back out there with the number one plate.

When you say keep ticking off the championships, say if you were able to repeat and win a championship next year, would you be looking at potentially heading overseas again for 2023, or is that something that is still a bit too far away at the moment?

Look it’s obviously a bit far away, I’m in CDR for next year and I want to focus on that and hopefully get Dacka [Craig Dack] another two championships – Supercross and ProMX – and keep that number one plate on my bike. That’s the ultimate goal, keep winning championships racing for Yamaha and CDR here. I wouldn’t mind doing some stuff over in America, some Supercross, and yeah hopefully Motocross of Nations, things like that, but my main goal right now is to keep racing and keep winning and let’s see if we can keep the championships rolling in.