Dissecting the performances of some of the top-ranked racers of 2021.

With the 2021 Penrite ProMX Championship officially coming to a premature end, MotoOnline takes a look back at some of the season’s standout performers in this Rated feature. 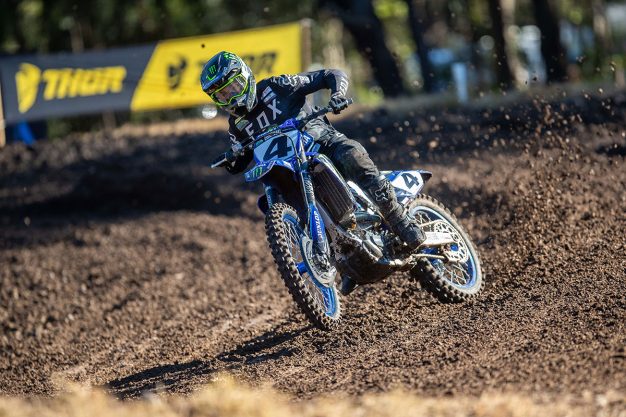 Rider: Luke Clout
Rating: A+
Rundown: If the ProMX championship had always been intended to be a three-round series, you would’ve written CDR Yamaha Monster Energy’s Luke Clout off after the Wonthaggi opener. After getting caught, passed and dropped by Brett Metcalfe (Honda Racing) in the opening moto, Clout then suffered a rare mechanical DNF in the second race due to a shock malfunction. Suddenly he was 23 points in arrears of KTM Racing Team rookie Regan Duffy and only just scraping inside the top 10. Clout refused to give up and went on the offensive over the remaining two rounds, taking a perfect 50 points at both Canberra and Maitland to snatch the championship lead – and ultimately the title – by just three points from Duffy. Even with that blemish on his record at Wonthaggi, there’s little doubt in anyone’s minds that Clout is the deserving champion and was the man to beat this year.

Rider: Regan Duffy
Rating: A
Rundown: Every way you look at it, 2021 was a breakout year for KTM Racing Team’s MX1 rookie Regan Duffy, who has unfortunately been seriously injured in the days since claiming runner-up in points. The teenage sensation stormed out of the gates to take the overall win at the opening round, then rode with an impressive level of maturity to retain the red plate until the bitter end. A few weeks after Wonthaggi, Duffy answered a lot of people’s questions about his hard-pack riding prowess when he finished tied on points for second (third on countback) at the sun-baked Canberra circuit. A couple of slower starts in the back-to-back motos at Maitland proved to be his ultimate undoing as he finished fourth overall at what would be the final round of the championship, getting pipped at the death for the MX1 crown by Clout. Despite the disappointment, Duffy has plenty to be proud of this year, and is certainly one of the most promising young talents Australia has seen for some time.

Rider: Todd Waters
Rating: B+
Rundown: After finally clinching his maiden MX1 championship in 2019, Husqvarna Racing Team’s Todd Waters entered 2021 with high expectations of a repeat performance. Having expanded his focus to include both the ProMX and the Australian Off-Road Championship (AORC), a lack of bike time was never going to be an issue. However, on the whole, Waters’ campaign was a fairly subdued. The new father was never far from the front of the pack and finished third overall at both Wonthaggi and Maitland, but in the dramatically-shortened championship, he didn’t add any race wins to his name this year. Having said that, Waters showed his wily race-craft and experience by racking up consistent points at all three rounds and only sat six points adrift of the red plate after Maitland. All signs pointed to him continuing this trend for the remainder of the championship, which would’ve set him up nicely to turn the screws on the title front-runners later in the series. 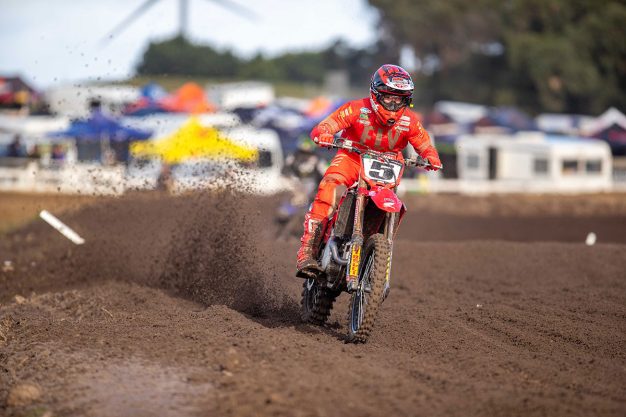 Rider: Kirk Gibbs
Rating: B+
Rundown: Backed by a new team and armed with an eagerness to return to the form that saw him win the 2015 MX1 championship, Kirk Gibbs entered 2021 with plenty of motivation. Still chasing a bike set-up and settings that he was comfortable with, the new Honda Racing recruit opened 2021 with a 6-3 scorecard for fourth overall at Wonthaggi. There were signs that Gibbs was honing in on the sweet spot of his bike set-up at Canberra, particularly in the second of the back-to-back races, when he gained the upper hand on Clout. It was a spirited battle that saw the pair trade plastic as they fought for the lead, but in the end a determined Gibbs hung on to clinch the race win. Gibbs’ results and form again improved at the third and final ProMX outing at Maitland where he finished second overall, including a wire-to-wire victory in the final sprint moto. With momentum on his side and his stock on the rise, Gibbs was one of those frustrated at the championship getting cancelled.

Rider: Brett Metcalfe
Rating: B
Rundown: If nothing else, 2021 proved that you discount Honda Racing’s Brett Metcalfe at your own peril. Towards the end of the first MX1 race of the championship at Wonthaggi, the veteran racer pounced on then race-leader Clout and opened his 2021 account by banking 25 points for the moto win. In a sign that Metty might’ve caught a lot of his rivals napping this year, he backed up his victory with a fifth in the second race and finished the day second overall. Unfortunately, Metty wasn’t able to continue his winning ways over the following two rounds. A sixth overall at Canberra and an eighth overall at Maitland saw him finish the shortened ProMX championship in sixth place.

Rider: Kyle Webster
Rating: A+
Rundown: No matter how you look at it, Honda Racing’s Kyle Webster lived up to the hype this year. The Victoria-based Western Australian entered the 2021 MX2 championship as the raging-hot favourite, but he didn’t let the pressure get to him. If anything, Webster thrived under the scrutiny as he dominated five of the six races to convincingly claim the title. The only tarnish to his season came in the second race at Maitland, when he dropped the bike early on and scrambled his way back to fourth on a track that’s notoriously difficult to pass on. While Serco Yamaha’s Nathan Crawford took the race win and became the first – and only – rider to stop Webster’s win streak, the Honda pilot was on another level this year. Webster will be one to keep tabs on in 2022 as he steps up to MX1.