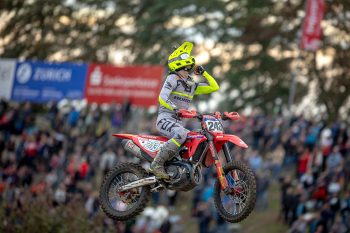 Gajser – who broke his left collarbone in the lead up to the MXGP of Sardegna – showed no signs of being limited by injury as he sliced his way forward from fifth in moto two, eventually passing Romain Febvre (Monster Energy Kawasaki) to take victory ahead of the Frenchman, with Herlings in third.

A 3-1 scorecard was enough for Gajser to take the overall win with 45 points, ahead of Herlings on 42 while Febvre completed the podium bagging 40 points, courtesy of 4-2 results.

The trio is now covered by just eight points in the championship standings – Gajser 415, Herlings 413, Febvre 407 – as the title fight continues to intensify with seven rounds remaining. Unfortunately, Prado’s absence from the second moto means he now trails the red plate by 31 points.

Completing the top five was Monster Energy Yamaha’s Jeremy Seewer, who stated things were moving in the right direction after notching 8-5 finishes. 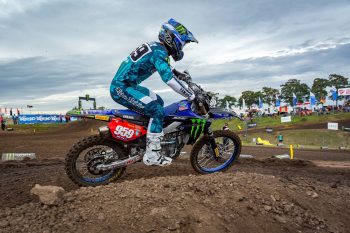 In MX2 Tom Vialle crossed the line first in both races, however, was later demoted to P3 in moto two after passing under a yellow flag which meant Maxime Renaux won the GP.

Both riders finished equal on 45 points, Vialle 1-3, Renaux 3-1, with Renaux’s promotion to first in moto two giving him the advantage on countback.

Rene Hofer (Red Bull KTM Factory Racing) scored his first MX2 podium in P3, the Austrian going to 2-4 to show signs of progression during his first full season in the class.

Jed Beaton (Rockstar Energy Husqvarna) rounded out the top five, capitalising on a strong start in the opening race to finish fourth before finishing fifth in moto two.

Fellow Australian Wilson Todd (Bike It MTX Kawasaki) recovered from 29th in the opening bout to finish seventh in moto two, landing him 14th overall for the round.

The MXGP World Championship now heads to Lacapelle Marival this weekend for the MXGP of France, marking round 12 on 10 October. 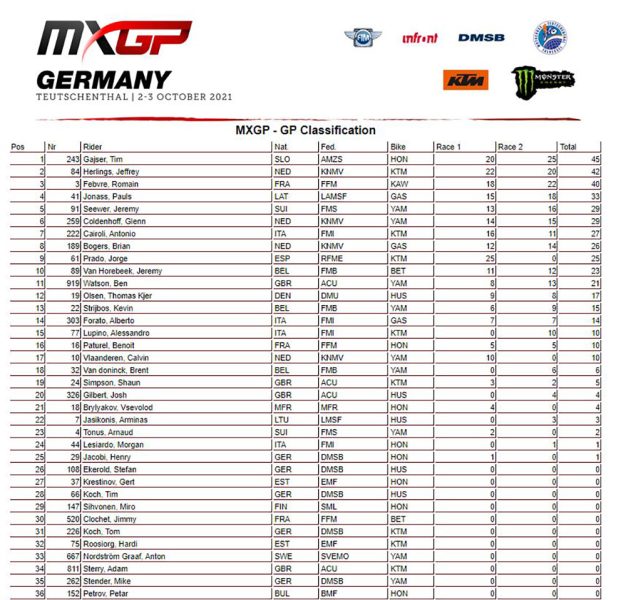 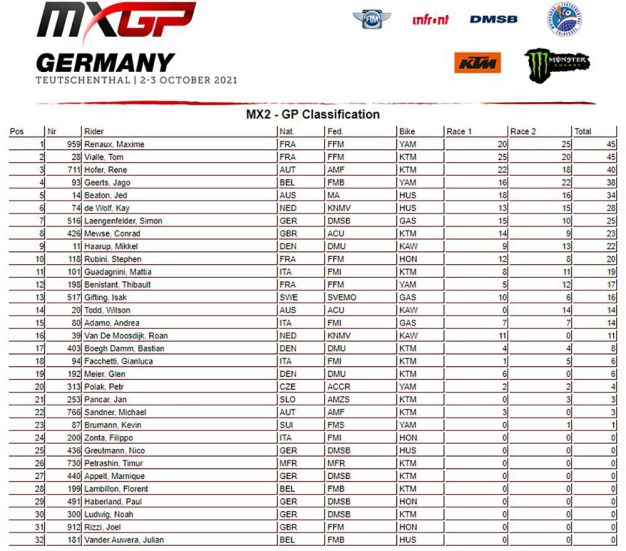