There’s always a lot of interest surrounding the KTM enduro bikes and, for 2022, the EXC-F range is both refined and as impressive as ever. We recently rode all four models on the trail and with a mix of grass-track action.

Complete information on the entire EXC-F range can be found in this previous Detailed article, as here we dissect our riding experiences at the Australian intro held at a private location north of Brisbane.

The rain cleared and we set off on the 10km loop to get a feel for the new machines, where the track turned out to be in amazing condition. The loop of open-to-tight single-track with a mixture of long climbs, tricky downhills, rocky creek crossings and an open grass track really put the bikes through their paces. 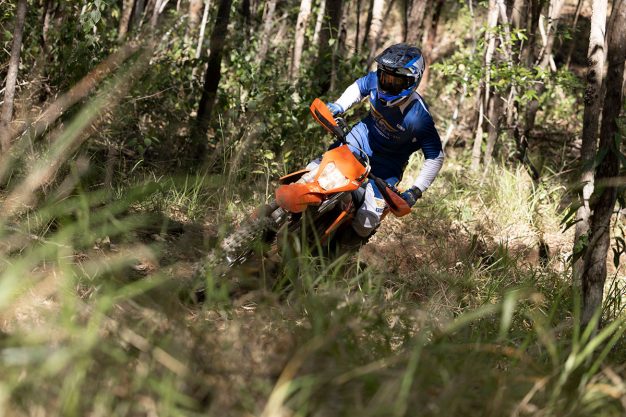 Starting off with the smallest capacity in the EXC-F range, being the 250, this bike was super impressive. As a 90kg rider that rides a 450 regularly, I was apprehensive about what it would be like, particularly the engine characteristics. However, its performance silenced my doubt.

The 250 EXC-F’s DOHC fuel-injected engine had strong acceleration especially out of tight corners, providing more than enough power to get out of the turns and up the climbs. Regarding it’s top-end, the way the 250 EXC-F is mapped enabled the power to continue through all the way and it didn’t rev out as quick as you would expect.

The only change I would make to this machine would be a remap or a Akropovic slip-on exhaust from the KTM PowerParts catalogue just to give the bike a little more punch in the bottom-end to help when hopping the bike over logs or the odd holes. From a handling perspective, it was a lot of fun – especially when you get into the tighter, trickier single-trail, with its lightweight feel and smaller engine size allowing me to put the bike where it needed to go at all times.

If you are a beginner rider or a rider who does a lot of tight single-track, technical riding, this will be your machine of choice. It’s light, nimble and definitely easy to ride.

Moving on to the 350 EXC-F, this was a model that I was particularly looking forward to throwing a leg over, having never ridden a 350 in the past. It certainly lived up to the hype surrounding it since its inception, as on the 10km trail loop the 350 EXC-F handled every obstacle in its path.

I was expecting the 350 EXC-F to lack slightly in agility, however, I was pleasantly surprised as it managed to keep a light and nimble feeling that the 250 delivered, but with that bit extra power thanks to its 350cc engine. The suspension springs and internals are exactly the same between the whole range of EXC-Fs, which came as a surprise to me, although I felt that the 350 hit the sweet spot with the setting that comes from the factory in the WP Suspension when combined with its capacity.

Stepping up to the 450 EXC-F and, as a frequent 450 rider I had an idea of how this bike was going to feel. However once I rode it, it was completely different to what I was expecting.

The engine characteristics blew me away with how smooth the power delivery was, whilst keeping the torque that’s synonymous with a 450cc engine. This really made the 450 a lot of fun to ride on the open trails and grass sections – compliant and user-friendly.

A noticeable change from the smaller bikes was in the chassis. In the tighter single-trial it definitely felt heavier to manoeuvre and lost the flick-ability that you get with the smaller machines, but with that said, it’s not a massive difference. It’s prevalent when riding the bikes back-to-back and it takes more effort on the body. 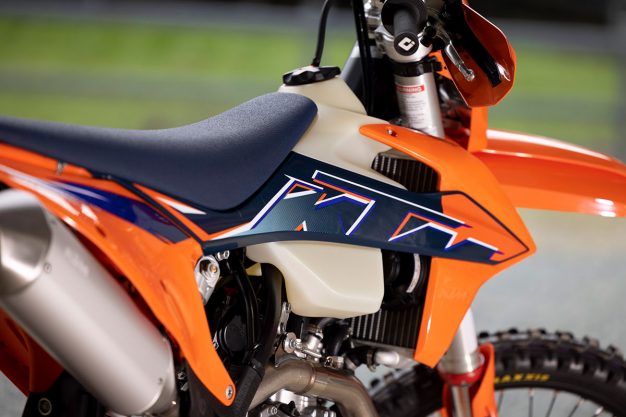 As well, the 450 EXC-F on open trails and commuting on fire or main roads is a very comfortable ride and has plenty of power for you to leverage. You’ll benefit from its mix of power and ease of use, just keep in mind that the 250 or 350 will obviously be that bit more nimble.

Finally the big daddy of the fleet, the 500 EXC-F, and like the 350 this was another bike I was really excited to ride. Don’t let the 500cc engine intimidate you, because KTM has done a tremendous job in making this bike so ridable for such an engine capacity.

The 500 had very similar chassis characteristics to the 450, being not as manoeuvrable or nimble in the tighter single-trail sections when compared to the smaller capacity 250 and 350 EXC-F models, but there strengths otherwise are evident.

Once you get on some open trails or fire roads, this is where the 500 really comes into its own. That larger capacity cruises along the trails and, when needed, you can open up the throttle and unleash the fire-breathing dragon that lies within. It’s impressive! 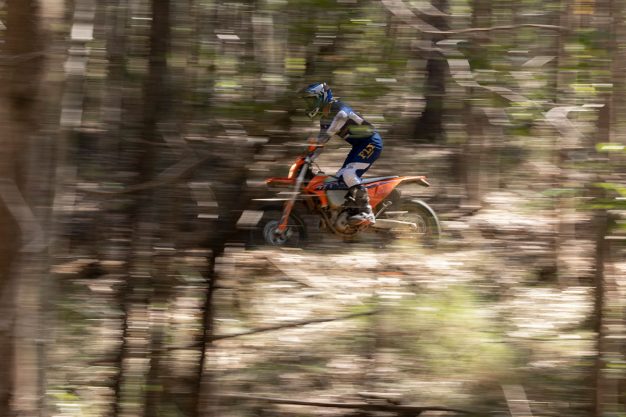 The 500 EXC-F has a very mellow feel and enjoys being ridden in a tall gear and lugged through the trails. The suspension agrees with that as well, riding it in a higher gear settles the bike on the rougher trails and with all the torque 500 EXC-F possesses, if you need to pop the front end up it will do that in the taller gear.

In summary, I was super-impressed with the KTM EXC-F range for 2022. If you are a beginner rider or a rider who loves to ride tight single-trail bordering on hard enduro-style riding, I would highly recommend the 250 or 350 EXC-F machines.

They are the most fun in those conditions and don’t take a lot of energy to ride, so you can spend a full day out on the trails and enjoy the conversation with your mates at the end of the day.

If you are a more advanced rider or ride more open trails with commuting to and from, then the 450 or 500 EXC-Fs will be your weapons of choice.

Both have all the power you need to cruise along at speed without putting extra strain on your engine, plus if you do ride some tighter trails the bigger bikes will still handle all conditions. Just be prepared that it will take more energy to hang onto them throughout the day.

The feeling of each 2022 EXC-F is nothing but quality, from the ergonomics to the braking performance, controls and everything above. You know what you’re getting when taking home a KTM and, for that, you can take immense confidence in whatever model you choose. 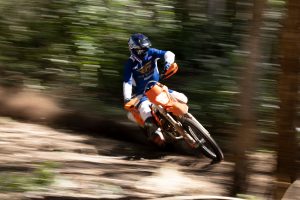 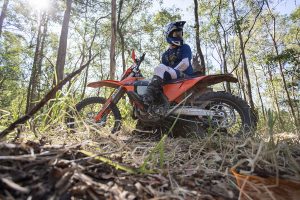 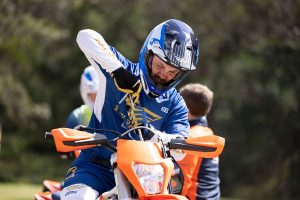